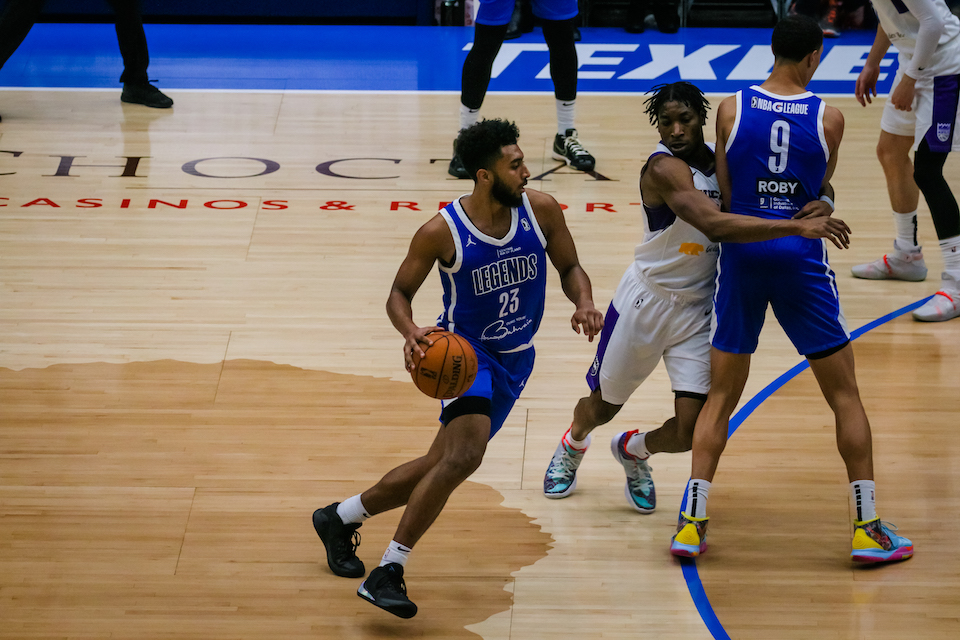 The path to an established NBA career is different for each guy across the league. Some are immediately heralded the savior of their franchise after being selected with a top pick, much like Luka Doncic. Some arrive as later first round choices, with the expectations of becoming a solid, contributing piece one day, if not right away.

And then there are the others. The ones whose names go uncalled on Draft Day. For the Mavericks, that means guys like Dorian Finney-Smith, Maxi Kleber, JJ Barea, and now Josh Reaves.

Reaves is hoping to follow in the footsteps of those aforementioned reclamation projects. The Mavs success with those guys is a big reason why Reaves and his camp picked Dallas, despite having multiple options.

“That’s something my agent and I talked about after the draft,” Reaves said of the Mavs reputation with project players. “I feel like I landed in a great spot with the development staff they have for their players.”

Make no mistake about it, he is still rough around the edges. His 15.1 point, 5.5 rebound, and 3.3 assist per game averages in the stat-happy G-League leaves something to be desired. His slash line at .42/.32/.70 is also not pretty at the moment. It rarely is for developmental players like Reaves early on.

But the reason for optimism with him, is he walked in the door with unteachable ability. That being an abundance of length, athleticism, and great instincts. Traits that made him a Big-10 Defensive Player of the Year.

The skills of basketball can be honed and developed over time. Shooting, dribbling, finishing, etc… are all things that take years to get to a professional level. But the ability to feel and see plays as they develop and know where to be, that’s natural and Reaves already has it.

The staff in place knows what steps need to be taken with a player like him.

“He came to us undrafted, had a very good Summer League, and worked at developing the range on his shot,” Coach Carlisle said prior to his Thursday debut. “It’s a really good shot for him to get with us for however long he is going to be up here.”

The Mavs view Reaves as a potential “3 and D” type wing. In the modern NBA, you can never have enough of those guys. It’s twice as true for a Mavericks organization who is desperately seeking support pieces for their budding young superstar.

The team’s hope is to use the G-League as a means to groom Reaves into their next undrafted success story. Guys certainly don’t grow up dreaming to play down there, but it’s the path many have to take, and in a lot of cases it’s necessary.

Josh understands this and is embracing it.

“It has definitely helped me,” he said of his time with the Legends. “Coach G instills confidence in me to play my game and freely within the system. It’s really helped me learning how to play off the dribble, with the ball, away from the ball…”

Three games into his NBA career and Reaves hasn’t had the chance to show much. He’s only played a grand total of one minute after all.

If the way his teammates react to him is any indication, the organization is invested in him. He has been the subject of the pregame mob scene, a right of passage of sorts. Luka tried to get him a bucket the moment he first checked in and was even rumored to have gotten him the game ball after his debut.

Reaves playfully denied that, but couldn’t hide his excitement when talking about his first NBA minutes.

”This is a dream come true for me,” he said. “I’ve wanted to play at this level for my entire life. I don’t think I’ll ever have a moment like that again.”