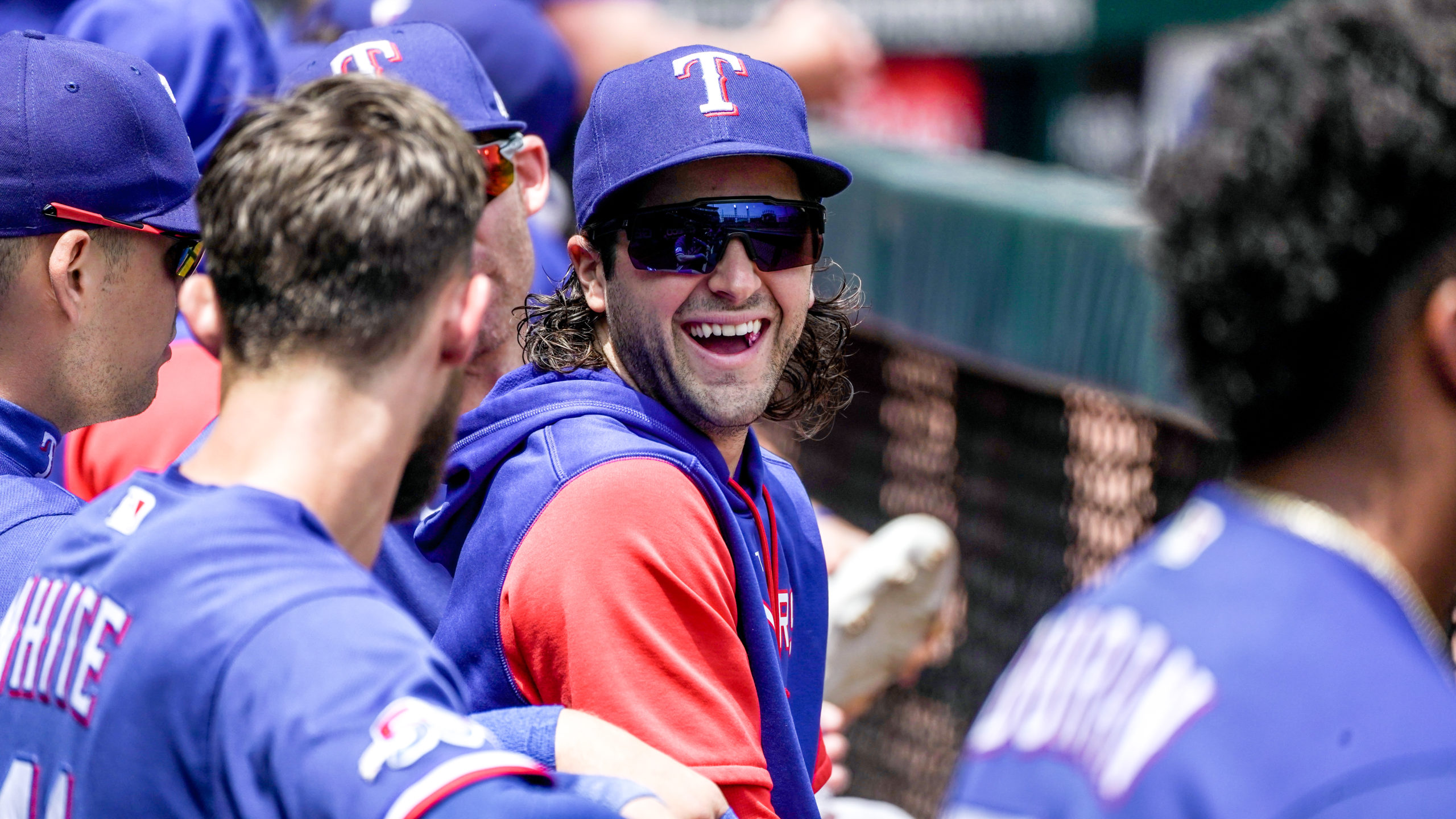 I’m asking everyone to fetch their time warp glasses back to July 2nd, 2021. On that date, Josh Smith was playing Shortstop for the Hudson Valley Renegades against the Jersey Shore BlueClaws in High A ball (Yankees affiliate). Smith walked twice, stole a base, but went 0 for 2. Fast forward twelve months later, Josh Smith is the everyday third baseman in the Major Leagues for the Texas Rangers. “That’s what you play for,” Josh Smith told me. “You prepare for those situations.”

Smith made his Major League Debut ten months after the Rangers deal with the Yankees sending Josh to Double-A Frisco. He finished 2021 with the Roughriders hitting .294 with OPS of .857. He destroyed Spring Training but didn’t make the initial roster out of camp. Texas sent Josh to Triple-A Round Rock, where Smith hit .266 and had an OPS of .771. Sure, numbers dwindled slightly, but consider that you’re moving another level and facing better pitching. Josh Smith made his Major League debut on May 30th and made four starts before going down with a shoulder issue, shelving from for about two and a half weeks.

Now two weeks back from injury and Ezequiel Duran sent to Triple-A after some unfortunate roster cutting, Josh Smith is the main guy at third base for the Rangers. “I definitely want to see the bat and what it looks like on a daily basis,” Rangers manager Chris Woodward said. If there’s a left-hander on the mound, Smith may not be in the lineup (as evidenced a few times the past week), but the key is also versatility. “He’ll get everyday at-bats,” Woodward said. “He’s versatile. He can play left [and] he can play anywhere.”

For Josh Smith, it’s all about embracing what the team needs. “Whether it’s a starter, coming off the bench, pinch-hitting, [or] pinch-running, it doesn’t matter. [I’m] always ready for whatever the top dogs call on you kind of you’re in there to play ball whenever you get a chance.” Since coming off the injured list, Smith is cooling off at the dish. Josh is 6 for his last 29 with no extra-base hits and nine strikeouts. On the other hand, Smith walked six times, keeping a respectable on-base percentage. Smith continues to utilize his speed as a weapon on the base paths, much to his teammates desires.

Josh Smith dives in the dirt for a beautiful double play 👏 pic.twitter.com/rU2GefWdY8

It’s curious to know what Texas’ plans are at third base. Josh Jung is recovering and may not reach the Major Leagues in 2022. The club tried Duran, and things started swimmingly, but Ezequiel struggled towards the end of his initial time. “[Duran] is going to Round Rock, and he’s going to go ball out, do his thing, and hopefully be back up here soon,” Josh Smith told me. Again I’m talking about Smith and Duran, two guys with the versatility to play multiple positions. The Rangers want to see how Ezequiel Duran looks in the outfield and on left-handed pitching days, don’t be shocked to see Smith play left field or second base if Corey Seager gets a half or full day off.

2022 will continue as an experiment to see what sticks and bodes well for a group of versatile youth. Josh Smith continues to prove he belongs in the Major Leagues, and while he’s the main guy at the moment, the question becomes, how long? That answer remains unknown. Therefore, let’s enjoy the time that Josh Smith is doing at the big league level right now.

Josh Smith turned on the wheels and got the Rangers an extra run pic.twitter.com/ztWXh1qUQs