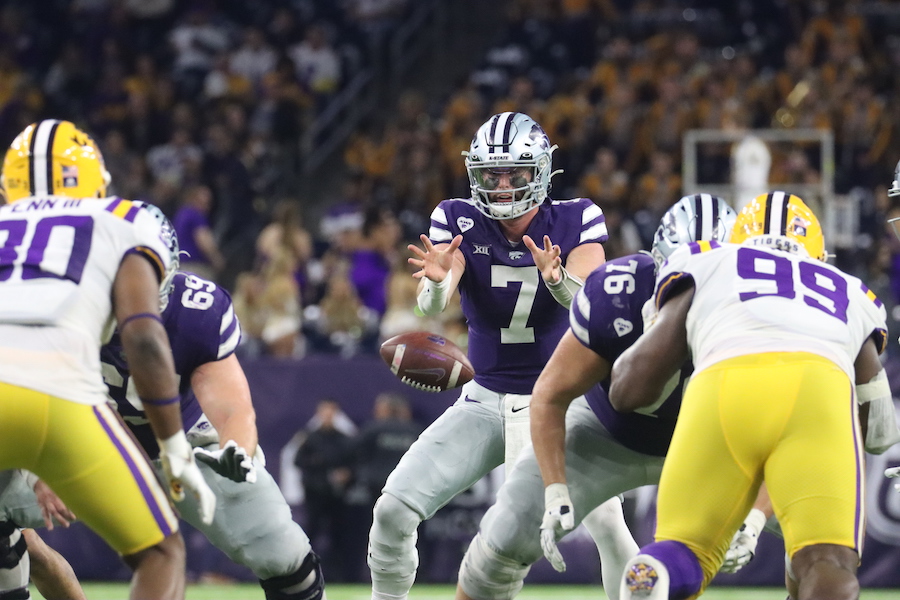 HOUSTON – Ever wondered what would happen in a college football game if a school was down to exactly zero scholarship quarterbacks?

A mixture of injuries, COVID-19 positives, transfers, opt-outs and more forced the Tigers to start wide reciever Jontre Kirklin at quarterback. Despite a strong effort, his play wasn’t nearly enough, as Kansas State raced to a three-touchdown lead in the first half and never looked back, leading nearly wire-to-wire in the 42-20 win.

Playing in his final game, senior quarterback Skylar Thompson put together perhaps the most complete performance of his career, throwing for three touchdowns. Sophomore running back Deuce Vaughan, who figures to be one of the premier playmakers in the collegiate game in the 2022 season, scored four total touchdowns on the ground for good measure.

“Skylar Thompson is pretty special,” head coach Chris Klieman said postgame. “I absolutely love the young man. This senior class has been phenomenal. We finished it out the way we wanted to.”

The victory wraps up an 8-5 campaign for K-State, and was the school’s second in Texas Bowl history- it topped Texas A&M in the 2016 game. The Wildcats also appeared in the first ever edition of the game as well, falling to Rutgers in 2006.

As for LSU, they finish below .500 for the first time since 1999- the year prior to current Alabama head coach Nick Saban’s hiring.

Former Notre Dame head coach Brian Kelly will take over as head coach for the Tigers’ first game against Florida State in New Orleans on Sep. 4. Kelly replaces Ed Orgeron, who on Tuesday wasn’t on the sidelines for LSU for the first time since he was hired in 2016.