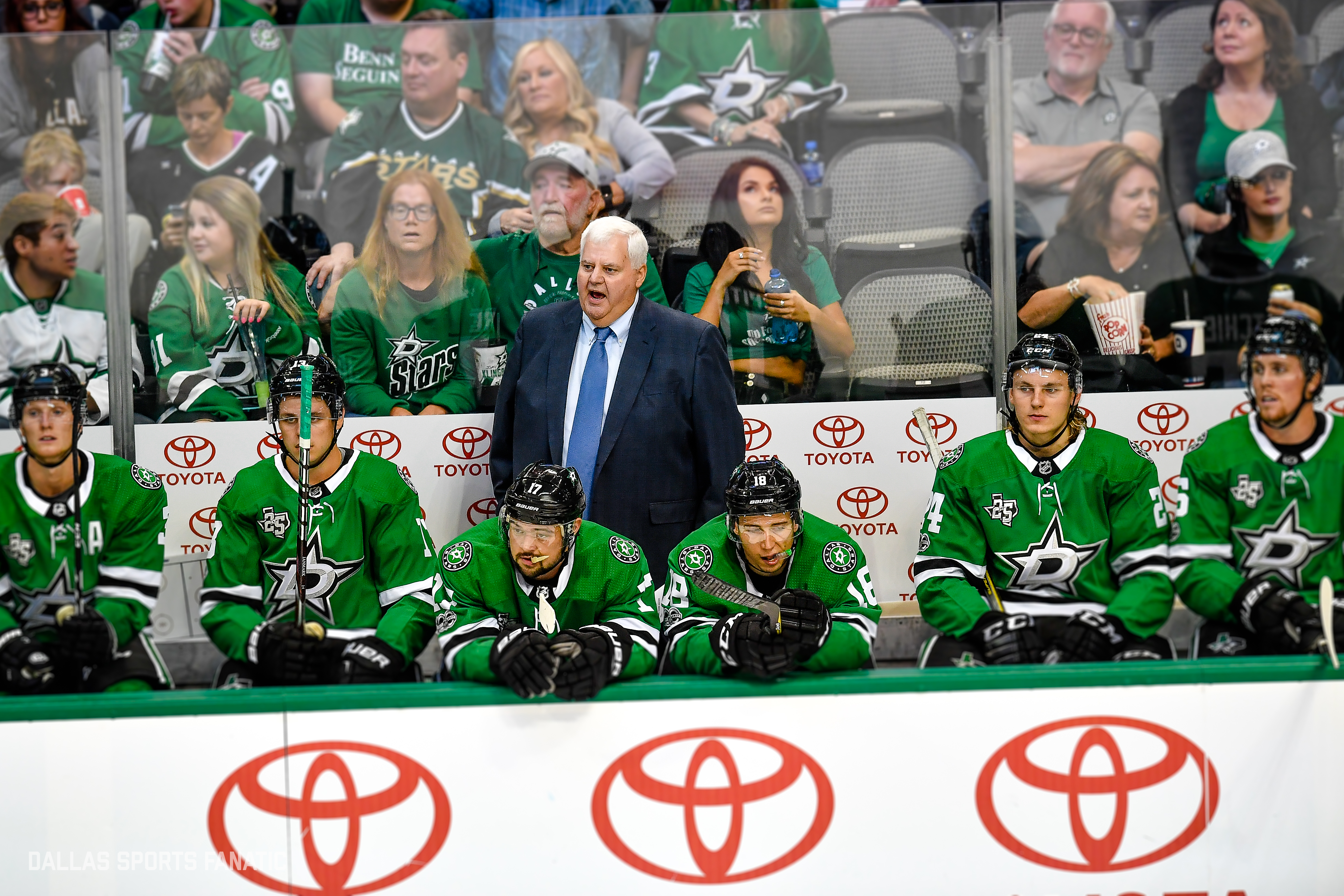 In Ken Hitchcock’s return to the Dallas Stars, he brings with him the same expectations that brought the Stars their only Stanley Cup in franchise history.

In April, the Dallas Stars announced the hiring of Head Coach Ken Hitchcock for the second time in the organization’s history.

Hitchcock is returned to the team in which he began his NHL coaching career back in 1996 and the only team he has ever led to a Stanley Cup Championship. Coincidentally, Hitchcock is also the only skipper in Stars’ history to ever win a Stanley Cup with the organization.

Over his career, Hitchcock is 781-474-111 with 88 ties back in the 90’s added on. A career .606 winning percentage that is built upon the foundation of a winning system that has never been below .500 with an organization in his career.

But despite the success he has had around the NHL, no stop was as fruitful than his stint with the Stars from 1996 to 2002. Posting a 277-154-12 (.622) record with two Stanley Cup Finals appearances and that precious title in ’99, Hitchcock is returning to a place where winning was expected.

Now, back in Dallas, Hitchcock has a hungry fan-base and a star-studded roster at his disposal with a couple new offseason acquisitions that have raised the expectation level even higher.

The main reasoning behind his hiring is to win instantly, and as he said in an interview with ESPN 103.3FM, the believes he’ll do just that despite the bar that’s been set.

“Well I expect a lot of myself, so I’m not afraid of that responsibility. But the reality is we play in the toughest division in hockey. You got 3-4 teams every year, minimum, make the playoffs from the Central Division. It’s a big load but we got to get back up to speed. Somewhere in between the ceiling of a year ago and the floor of now — that’s our team. It’s my job to improve it.”

With forwards such as Jamie Benn, Tyler Seguin, and the newly added Alexander Radulov, the Stars’ attacking could be as scary as the 1999 trio of Mike Modano, Brett Hull, and Joe Nieuwendyk.

Not to mention, having a veteran goaltender like Ben Bishop, 31, between the posts could be comparable to the Cup winning goaltender Ed Belfour who was 33 during the ’99 run.

Despite the improved attacking and the added confidence in goal-keeping, the defense has been and continues to be the most scrutinized part of the Stars rotation.

Hitchcock has been known around the NHL for his “tough love” and defensive-minded angle in dealing with a roster. And on paper, this could be a match made in heaven.

With the emphasis on controlling shots against, having better execution on the penalty kill, and being a threat on their own blue line, Hitchcock has a straight-forward job description even before the season gets underway on Oct. 6.