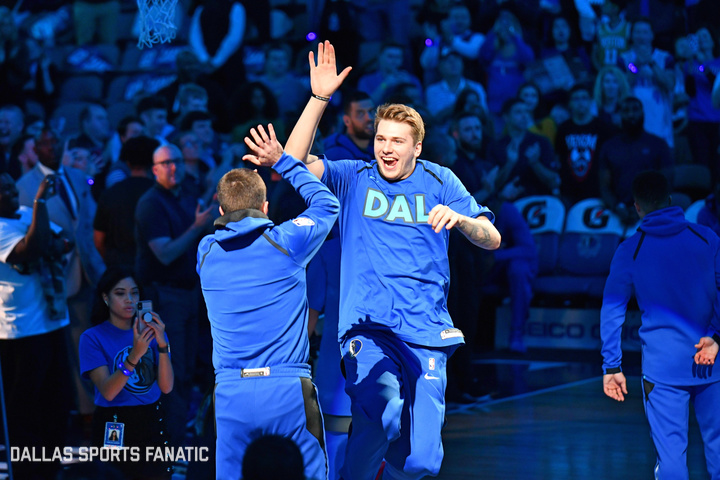 It has been a fun few weeks for the Mavericks.  The good times continued to roll on Tuesday night as Dallas took down the floundering Portland Trail Blazers 111-102 at the American Airlines Center.

With the win, the Mavs have now gone 10-3 since their abysmal 2-7 start.  Those miserable losses to the New York Knicks are a distant memory and the team will board their plane to New Orleans tonight with the 7th seed in the Western Conference standings.

Here are the three biggest storylines from tonight’s win:

Dallas’ bench mob continues to dominate
One of the brightest spots for the Mavericks as the season has progressed has been the outstanding play from their second unit.  This continued tonight as the Mavericks bench outscored the Blazers second unit 39-23 and also were the catalysts for a few of the most important stretches of the game that gave Dallas sizable double-digit leads.

With 1:45 left in the 3rd quarter, the Mavericks’ starters had gone cold and allowed the game to get back within single digits at 78-69.  The bench took over from there with big time plays coming from Dwight Powell and and Maxi Kleber.  Powell hit a couple huge threes and Kleber had a putback dunk that made the AAC as loud as it was all evening.

“It was a big run,” Rick Carlisle said after the game. “It gave us a big lift and got the crowd into it.”  The run after it was 78-69 would be a 14-4 spurt that leaked into early in the 4th quarter.  Portland would eventually make it a close game again late in the game when the starters came back in, but Luka Doncic and Dennis Smith Jr. ultimately helped put the game away.

Slowing down the big-time Portland backcourt
On the season, the Blazers combo of Damian Lillard and C.J. McCollum average a combined 49 points per game.  In the first half, Dallas held them to just 14 points combined.  While a 3rd quarter watered down with foul calls allowed Damian Lillard to get to the free throw lines eight times (12 overall in the game) and inflate his point total to 33 on the night, the pair combined for a 17-42 shooting night.

Wing Dorian Finney-Smith knew it was important to focus on the star backcourt.  “We just needed to make it tough for ’em. Coach (Jamahl) Mosley did a good job with the game plan.  It was just a great team effort.”

Bonus
The Mavericks now have 12 wins on December 4th.  Their win/loss record on December 4th the last two seasons? 7-17 in 2017-2018 and 4-15 in 2016-2017.  Rick Carlisle has mentioned the tight Western Conference standings to the media lately, so this team is clearly excited by this current stretch of winning… Dennis Smith Jr. may have only had 12 points on the night, but he did have 9 assists with several of them being absolutely beautiful finds to open teammates.  He also had a great defensive effort on a play that led to him getting an open dunk in transition.

DeAndre Jordan continues to silence his critics.  The big man followed up a 16 point, 23 rebound performance on Sunday night with a 12 point, 17 rebound effort tonight.  He also picked up his 1,300th career block in the second quarter.  That number is good enough for 47th all-time and the player that’s just about a dozen swats away from him is Mavs great Tyson Chandler… The Mavericks will quickly turn around (they had an 11:20 plane takeoff scheduled) and head to New Orleans to face a Pelicans team that has lost six out of eight games tomorrow night at 7 PM.