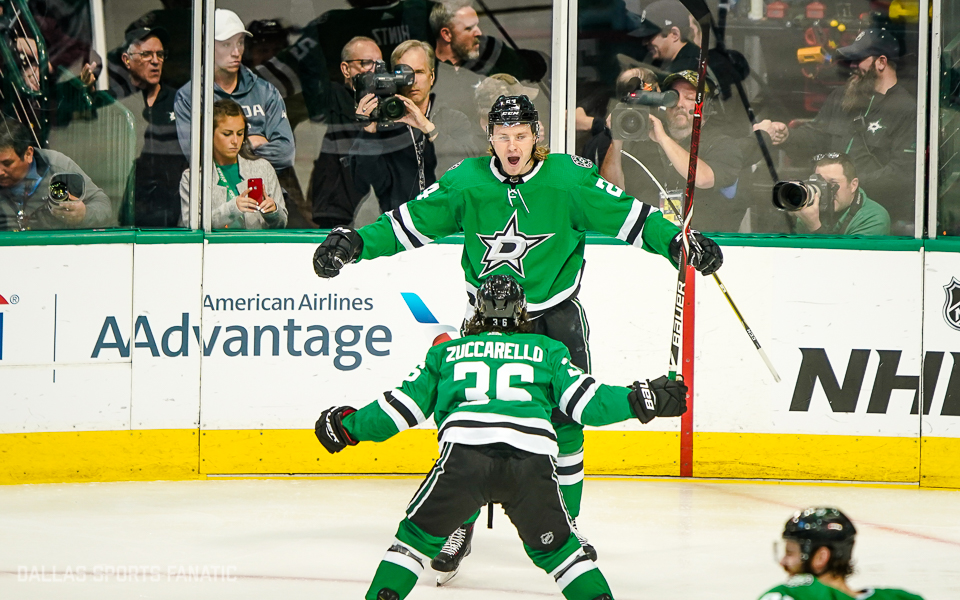 Monday’s win was a long time coming for the Dallas Stars and their fans.

Sealed by John Klingberg’s game-winning goal with 2:58 in overtime in a 2-1 win over the Nashville Predators, the Stars advanced to the second round of the Stanley Cup Playoffs for just the second time in the past 11 years.

Nashville’s Austin Watson drew first blood with first period goal after a costly Jason Spezza turnover in the Dallas zone. Watson cashed in on a rebound, and gave the Predators the early lead.

Dallas went dormant throughout the late first and early second period, until goalie Ben Bishop made two incredible stops that led to forward Blake Comeau scoring a second period goal on a 3-on-1 rush.

The Stars were the aggressors out of the third period gate. Comeau couldn’t be kept away from the net, and hit the post in the first minute. Nonetheless, repeat Dallas breakaways and rushes proved fruitless, while Nashville goaltender Pekka Rinne stood tall. He recorded 45 saves in the game.

Tied late in the third, Comeau again found himself in the spotlight. He was called for questionable tripping penalty with 1:53 left, but the Stars shored up and forced overtime with a strong defensive stand.

Dallas did what it does best to start the OT- kill off a Nashville penalty. The Stars neutralized all 15 Nashville power plays in the series.

The stalemate continued well into overtime, until Dallas captain Jamie Benn struck the post for the second time in the contest. After Nashville turned the puck over on the other end, Tyler Seguin led a Stars break, and a crisp Alexander Radulov pass led to Klingberg’s wide open look at the net.

It was the fatal blow for Nashville. Dallas discarded the defending Presidents Trophy winners and 2019 Central Division Champions in dominant fashion. The Stars outscored Nashville 12-5 in the final three games- all Dallas wins.

The streaking Stars draw another central division foe in round two- the St. Louis Blues. Perhaps the National Hockey League’s hottest team in the 2019 calendar year, St. Louis zoomed to a playoff berth after sitting dead last in the NHL Standings on Jan. 3.

The Blues won their first round series in six games over Winnipeg. St. Louis ousted Dallas on the way to a conference final berth in the Stars’ last playoff appearance in 2016. The NHL has yet to release the series schedule at time of publication.