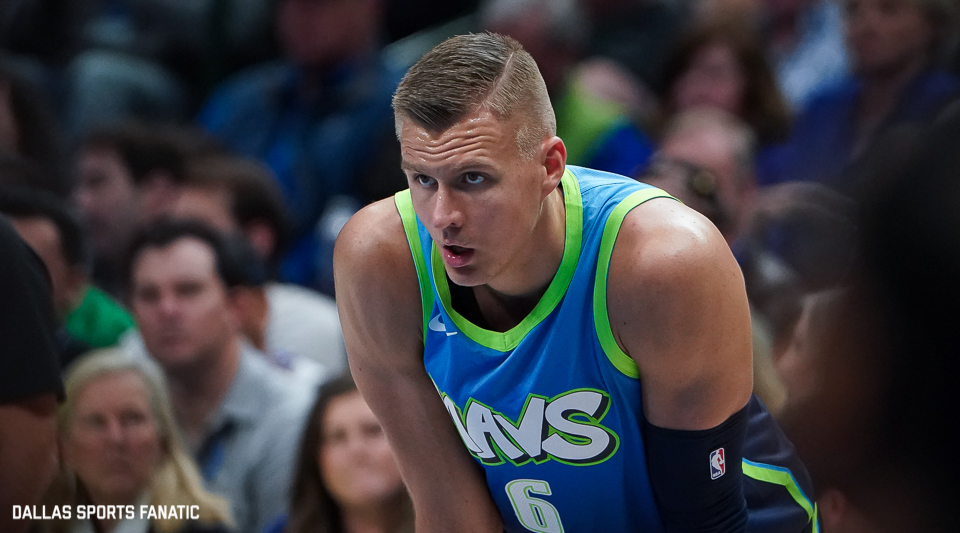 Kristaps Porzingis and his role within the Mavericks offense

Kristaps Porzingis and his role within the Mavericks offense

When the Mavericks traded for Kristaps Porzingis before the trade deadline last season, it was seen as a power move for the future of the franchise to pair KP with Luka Doncic.

And as of today, even though Porzingis hasn’t quite looked like his old self on the offensive end, that trade is still seen as a power move by Dallas.

It’s safe to say this has been a transition and learning period for KP coming off his torn ACL, being on a new team, and especially playing with a ball dominant superstar like Luka, who has the third-highest usage rate in the league.

So, what’s the issue? Why can’t Porzingis get into a consistent groove on offense? It’s two-fold, or even three or four-fold.

This has probably been the number one issue for Kristaps. Finding his groove offensively has almost everything to do with shot selection. Let’s face it, KP is a spot up shooter. He’s a stretch big. He isn’t built like other big men who have a polished post game. He’s even struggled shooting his turn around mid-range jumper that has just looked forced with him not fully squared to the basket.

Before Tuesday’s game against the Pelicans on TNT, Charles Barkley and Shaquille O’Neal voiced their opinion on Porzingis needing to get easier buckets and post up more. Get easier buckets? Sure, but setting up 10-15 post ups per game, that’s just not KP’s skill set. Just because you’re a big man who is known for your scoring ability, doesn’t mean you have to be a back to the basket type of big, which I don’t think guys from Chuck and Shaq’s era understand quite yet.

Does KP need to work on his post game and become a more well-rounded scorer at all three levels? Absolutely. But, tossing him the ball in the post over and over again will hurt the offense and hurt this team. Building chemistry with Luka in the pick-and-roll and pick-and-pop seems to be the top importance for the future of his offensive impact for the Mavericks. You see the type of chemistry that Luka has with guys like Powell and Kleber in the pick-and-roll. Once KP gets to that level, this Dallas offense and the Luka-KP duo will be even scarier.

When you play with such a polarizing superstar like Luka, your stats will suffer. The ball is going to be in Luka’s hands, there’s no debating that. And that’s something that I feel Kristaps thought would be the case when he was traded to Dallas but maybe didn’t think it’d be to this extent. But, what’s best for this team is to have the ball in #77’s hands and everyone knows that.

After a few losses or low shot volume games this season, it seemed as if KP was frustrated with his role. He voiced that post game after the overtime loss to the Lakers on Nov. 1 stating, “We have to do a better job getting me involved.” Which Coach Carlisle echoed after the loss prior to the locker room opening, beating KP to the punch.

For KP, when you come from a debacle of a franchise like the Knicks to the Mavericks, who are now 15-6 on the season and currently sit 4th in the West, that sacrifice of touches and points per game in place of wins and a potential playoff run pays off in the long run.

So far this season, Luka typically plays the entire first and third quarters while returning to the floor in the second and fourth quarters about half way through the frame. In those stints with Luka is off the floor, I think it’s important to have KP lead that unit as the focal point of the offense.

Beyond Luka, the Mavericks have several playmakers who can get KP involved like Jalen Brunson, Delon Wright, Seth Curry, and one I’d like to focus on, JJ Barea.

Now, we know that Barea has only played in four games so far this season, but when Carlisle has called his number, JJ has performed. And that’s to no surprise. Barea is the savvy veteran who you know what you’re going to get when he steps onto the floor. And that’s a spark that will ignite this team and the crowd.

Outside of his inconsistency on the offensive end, Porzingis hasn’t let that affect his effort rebounding and on defense. KP is currently averaging a career-high 8.9 rebounds per game and has protected the rim at an elite level so far this season, blocking 2.2 shots per game, ranking fourth in the league.

And this goes back to sacrificing but each and every game, whether shots are falling or not, you see KP’s effort on the glass and on the defensive end. “One thing I take pride in is my defense and I want to be vocal and protect the rim and be a leader on the defensive end, not just offensively,” Porzingis told me before the first game of the season.

Mavs owner Mark Cuban told Brad Townsend of the Dallas Morning News, “I think the most under appreciated change has been K.P,” Cuban said of Kristaps Porzingis. “I don’t think there’s ever been a max-out player like that who has changed hus famt to fit what’s needed for thr team as quickly as K.P. has.” As noted, KP has had some low scoring games but that hasn’t changed his attitude and effort on the defensive end. For instance, against the Suns last week, he shot 0/8 from the field with only 2 points but had 13 renounds and 3 blocks. Against the Pelicans on Tuesday, KP only had 7 points but blocked 5 shots.

There’s other ways to affect the game than just scoring the basketball and Porzingis knows that.

For the third time, KP has played just 20 games in a Mavericks uniform. There will always be peaks and valleys throughout a season, especially for a player joining a new team and coming back from a 19-month absence from basketball. Has he struggled to find his footing on offense from time to time? Sure, but as Cuban said, KP’s overall impact has been underappreciated and the chemistry between Luka, KP, and the entire team can only continue to grow from here. And already sitting at 15-6, that’s a spooky sight for the rest of the league.