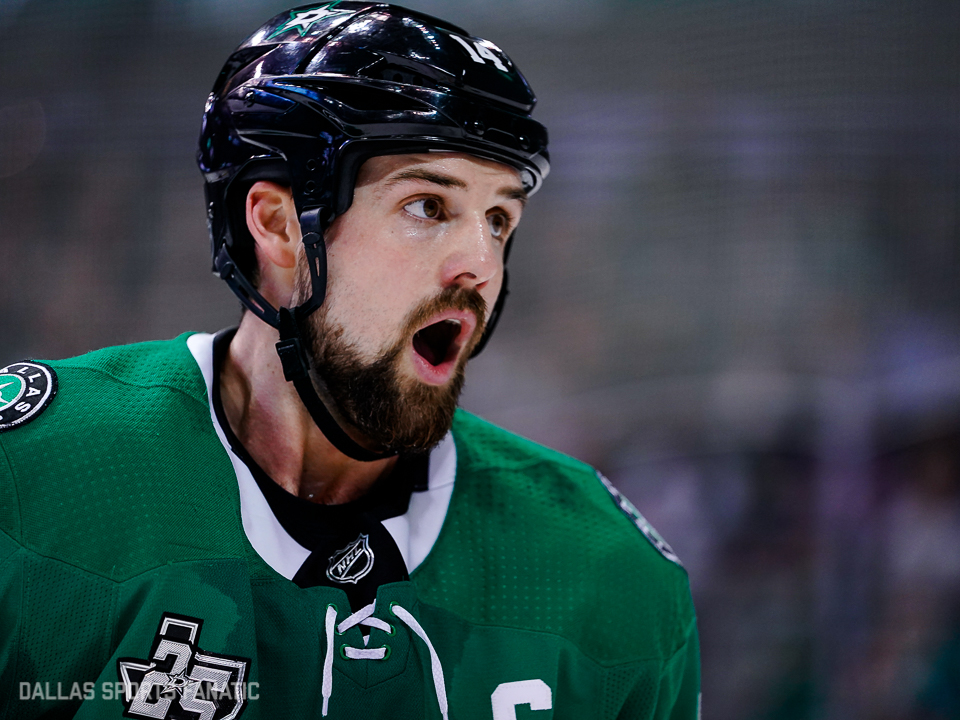 After they dropped their eighth game in a row last night, it became apparent to many – players and coaches included – that this disheartening losing streak has cost the Dallas Stars something very important – their confidence.

And the chorus of boos from the home crowd that rang out at the end didn’t help matters.

“We don’t deserve to win right now,” Stars defenseman John Klingberg said bluntly after the teams’ 4-1 loss to the Vancouver Canucks in front of a sold-out American Airlines Center crowd.

“Like Meth [Methot] said, we were doing all the right things before games, coaches give us all the information, we just don’t execute enough.

“We don’t have any confidence at all the way we are playing right now, on d-zone, neutral zone and o-zone,” he continued.

“We didn’t do anything right and you can tell there is no confidence now and it’s tough to play then.”

When asked if he agreed with Klingberg’s comments after the game, Head Coach Ken Hitchcock said “he’s probably right in the fact that that’s where we are at.”

“I am not going to answer for what Klingberg said. I think that when your scoring chances are all in the first half of the game and not in the second half, that is kind of telling. I think losing does that.

“You do lose confidence,” Hitchcock continued. “I thought we got it back, a little bit, in the Boston game (last Friday). But then that kick at the end did a lot of damage. So, he’s probably right in the fact that that’s where we are at.

Hitchcock made it clear that “from our standpoint nobody is feeling sorry for us. We have to pick our heels up and get back at it and see if we can piece some good part of our game. I don’t think there is one part of our game right now that is exceptional.”

Some challenges the Stars are having, Hitchcock said, include getting scored on the power play “in pretty much every game’ and not “scoring on our quality chances.”

“We had so many in the first period, some great quality chances, but we are not scoring so we are not extending any lead. We got a 1-0 lead on a really emotional, shorthanded goal and give it back right on that same power play. Those are the things that come back to bite you and I think it erodes at your confidence level, but it is our job, the leader’s job, to get it back. That’s what you do. ”

The Stars went into Sunday’s game against the Canucks losers of 7 straight – including a brutal loss to the Boston Bruins, 3-2 at home – and fading wildcard playoff chances. In the Boston game the Stars blew a 2-0 lead and then allowed Boston to score the game-winning goal with less than 12 seconds lefts in regulation.

Sunday’s loss was even worse: Vancouver had lost eight of its previous nine games while sliding quickly down Western Conference standings. Dallas scored first on an unassisted goal by Mattias Janmark with 3:06 left in the first period. Seconds later, the Canucks scored on a power play to tie the game.

The Stars never scored again and the Canucks stuck 3 more times, including with less than a minute to go in the game.

Stars Defenseman Marc Methot on the difficulty of staying positive after a loss like Sunday nights:

“Oh man, it’s hard. Certainly not the result that we wanted, obviously. And, I think it’s a tough position for everyone right now,” he said. “We have to just continue to be professionals and come to work at the rink and worry about the next game.”

Klingberg added: “We have six more games. If we play perfect, then maybe we have a chance, it will be tough, but we have stay professional and try to do it.”

And about those boos from the disappointed Stars crowd?

“I mean that’s sports. When you’re not winning in any line of work, when it comes to being an athlete, you’re going to get that sometimes. It certainly isn’t the first time I’ve heard it.

“They’re entitled to do it if they want,” he continued. “They’re the ones paying to come watch us play and we’re not giving them a proper performance.”

So what’s the answer to the Stars’ latest woes with only a handful – six to be exact – of games to go? Changing the lineup? Mixing up the roster?