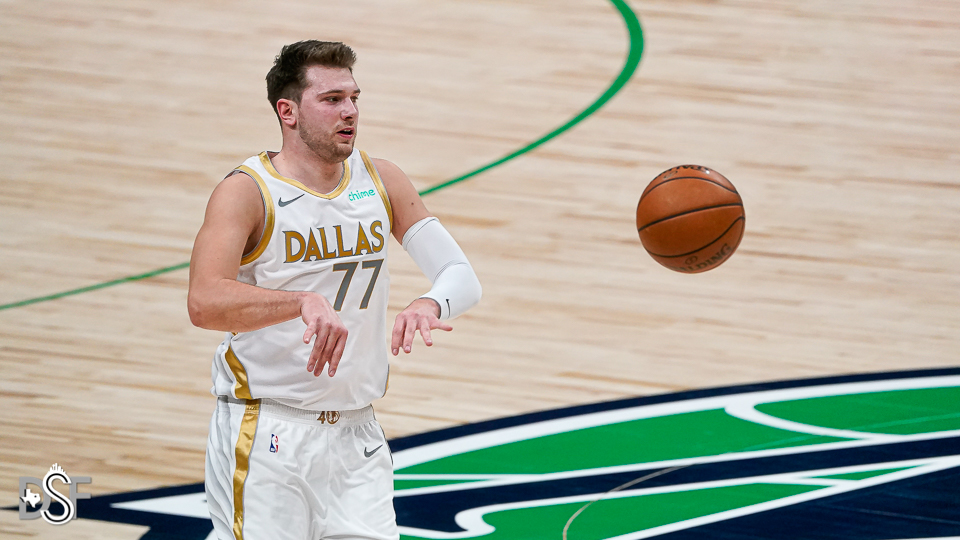 The Mavericks’ 112-109 loss to the Bucks on Friday night ultimately came down to two things: Working on getting Kristaps Porzingis back in the swing of things while trying to still win games and then the decision to not utilize a timeout down the stretch.

Kristaps Porzingis is still getting his legs underneath him
After playing just 21 minutes in his season debut on Wednesday, Kristaps Porzingis’ time on the court went up to 29 minutes in Milwaukee on Friday night. KP certainly hasn’t been bashful in his first two games back, getting up 35 shots in just 50 minutes over his first two games. His first half on Friday night was dreadful, shooting just 2-10 from the field. While his second half was more encouraging with a 4-9 shooting line and some good looking midrange shots, it’s still very clear that KP has a while to go before his shooting finds the form it was in the bubble and his three games in the playoffs last summer.

With the abbreviated schedule and less practice opportunities in this COVID-ravaged season, it will be hard for Porzingis to really find his groove besides working through it during games.

Kristaps Porzingis: "I want to take a lot of responsibility for this [loss]." He says he wishes he was "more calm" and said he rushed his potential go-ahead 3 late.

"Physically I am feeling fine. I was surprised I played that many minutes. I wish I were more calm. I feel like I'm still trying to find that rhythm and make the right decisions. I feel a bit disappointed in my performance today. I need to be better."

Late game decisions with big time implications
The Mavericks started an offensive possession down 109-107 with 36.5 seconds left. After an open Trey Burke three point attempt missed, Willie Cauley-Stein grabbed an offensive rebound near the free throw line with 17.7 seconds left. Dallas still had a timeout but opted not to use it after either the defensive rebound at 36.5 seconds left or the offensive board at 17.7. The Mavs continued to try to find an open shot and it led to an open shot for Kristaps Porzingis, but it was so open because it was from 29 feet away. KP’s three missed long and the Bucks came away with the rebound and would eventually ice the game with free throws and sweating out a 50 foot heave from Luka Doncic at the buzzer that missed.

Luka Doncic was clearly frustrated after the play fizzled out with a Porzingis miss from deep and the game was virtually over. He shared his thoughts on the matter after the game.

“It’s coach’s decision, but if we had made the shot then everything would be good, so I don’t know.”

When asked if he had talked to Carlisle about the decision to not call a timeout:

“No, not yet.” Very firmly and before the question was even finished being asked.

Does he plan to talk to him about it?

Rick Carlisle addressed the media before Doncic and had this to say about the decision to not call a timeout:

“I like the ball in his hands and the defense not being set. We got one great look from three from Burke at the top, then we got an offensive rebound and KP got a look. So we got two good looks and you always want to save your timeout, if you can… It’s very difficult to call a timeout and go against a set Milwaukee defense out of the timeout. So I think in those situations, if you can put the ball in your best player’s hands, you’ll get better opportunities.”

The problem was that the ball didn’t end up in Luka’s hands for the vast majority of those final two possessions. Especially after Willie Cauley-Stein came up with the offensive rebound. His reasoning is sound, but if you look at how the play developed, it was just the wrong decision. The Mavericks never had anything really good developing after getting the defensive board with 36.5 seconds left. Whenever you have an absolute offensive maestro like Doncic, take a second to draw something up. The improv from Trey Burke and Porzingis just isn’t the right way to go.