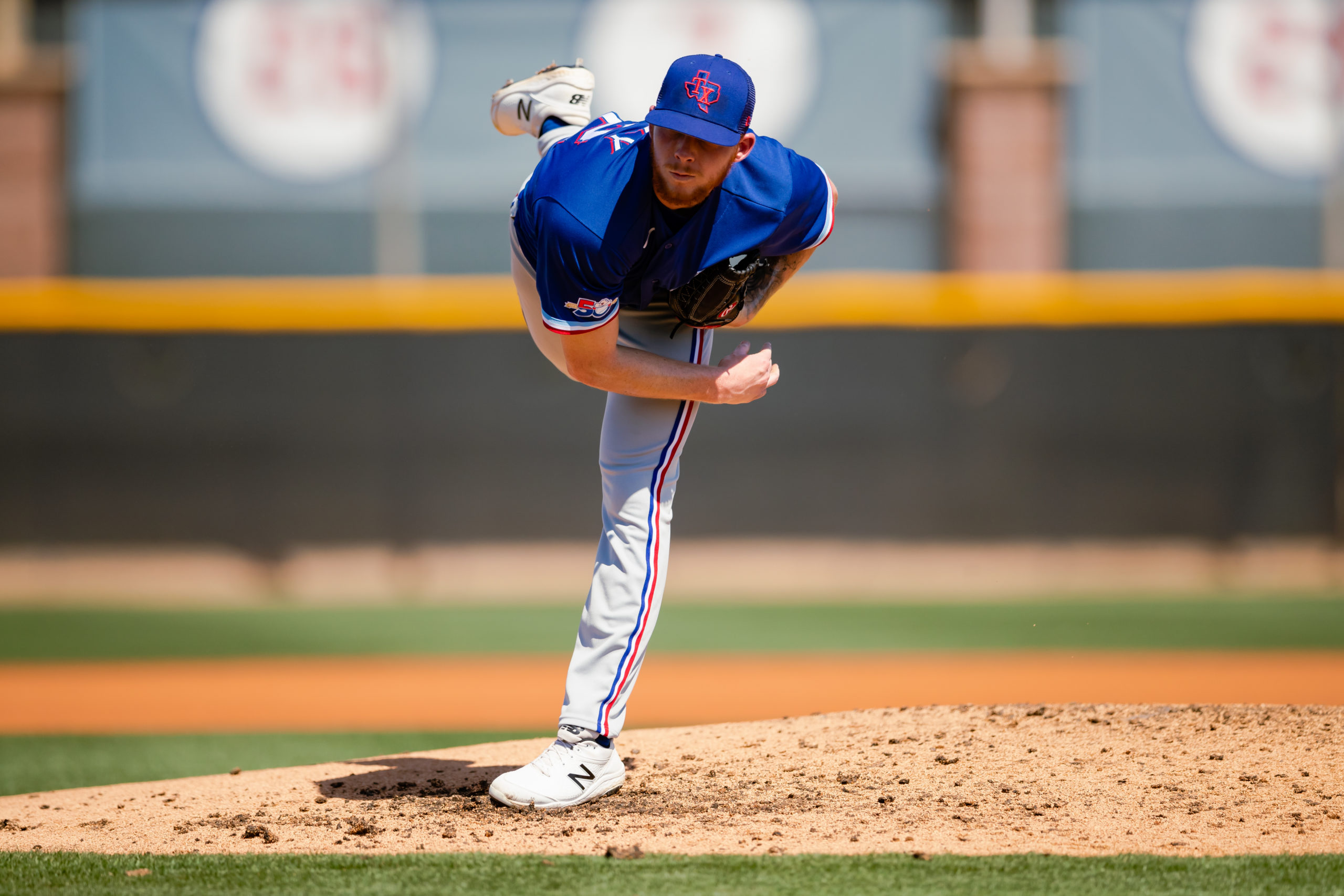 Spring Training is underway, and the current free agent/trade market is dwindling with camp open. I wouldn’t say that Texas is 100% done with external transactions, but it looks more likely that the current 40-man/non-roster personnel the Rangers have is what will compete in camp. When it comes to the starting rotation, there are three givens. Jon Gray, Taylor Hearn, and Dane Dunning will start in the rotation (not official, but highly likely). Now, you’re down to two spots remaining. In 2021, Rangers manager Chris Woodward used those last two spots for four pitchers, two tandem roles to limit work for guys like Kolby Allard and Dane Dunning, but will that route repeat for 2022?

Honestly, I doubt that both spots are tandem-used. Remember Dunning was coming off Tommy John Surgery in 2019, and the chaos in 2020 limited his work. The Rangers don’t have anyone who fits that mold from the potential starter candidates (Ricky Vanasco was, but the club optioned him Monday). Keep in mind that last week Texas signed left-hander Martín Pérez. Therefore, I would think he’s on queue for one spot. Now that leaves one final starter role.

In 2021, the plan was to convert left-hander John King from the bullpen to a starter. Instead, King racked up thirty-eight or more pitches in his last five outings and surfaced around fifty before his season ended due to a shoulder issue. Is that on the horizon for 2022 to revamp King as a starter? I would say so, but with the unexpected delay to Spring Training and the chaos of the offseason, King may be in the same scenario length-wise before his season-ending injury. If King starting is the ultimate goal, I would assume he’ll start the year in tandem with another pitcher. That second pitcher to me rests between AJ Alexy, Glenn Otto, or Spencer Howard.

Spencer Howard strikes out Shohei Ohtani for his first K as a Ranger! 👏@Rangers | #StraightUpTX pic.twitter.com/lTV6TUzxbc

After the Philadelphia Phillies trade, Howard immediately joined the Major Leagues. His longest outing lasted four innings, and by the end, he reached over seventy pitches. Alexy and Otto each reached the eighty pitch mark in a few of their outings on the other side. Otto had four starts in Round Rock before getting his opportunity with the Rangers (after the Yankees trade), and AJ had three starts in Round Rock before getting the call-up. If you’re going based on 2021 performances, AJ Alexy has the edge over the two, but Alexy’s walks became an issue. For Otto, the huge inning burned him in a couple of his starts but he probably had the best debut outing you can ask for, considering the opposition (the Astros) In the meantime, out of the three, Howard has the most big-league experience, pitching in 2020 with the Phillies.

If the result is John King and the Rangers are looking for a piggyback to get work in, who is the man paired with King? It’ll come down to Spring Training performance, but sitting in my chair right now, I’d say Spencer Howard is that guy, but it’s by an inch or two. Is there a chance more than one of these guys makes the Opening Day roster? Of course, because as we all know, injuries happen, and there could be a chance Texas pulls a twist-turn and all three starts in the minor leagues. Welcome to the beauty of competition!

John King put out the fire, then turned on the gas. #StraightUpTX pic.twitter.com/DvZMCOUHMk