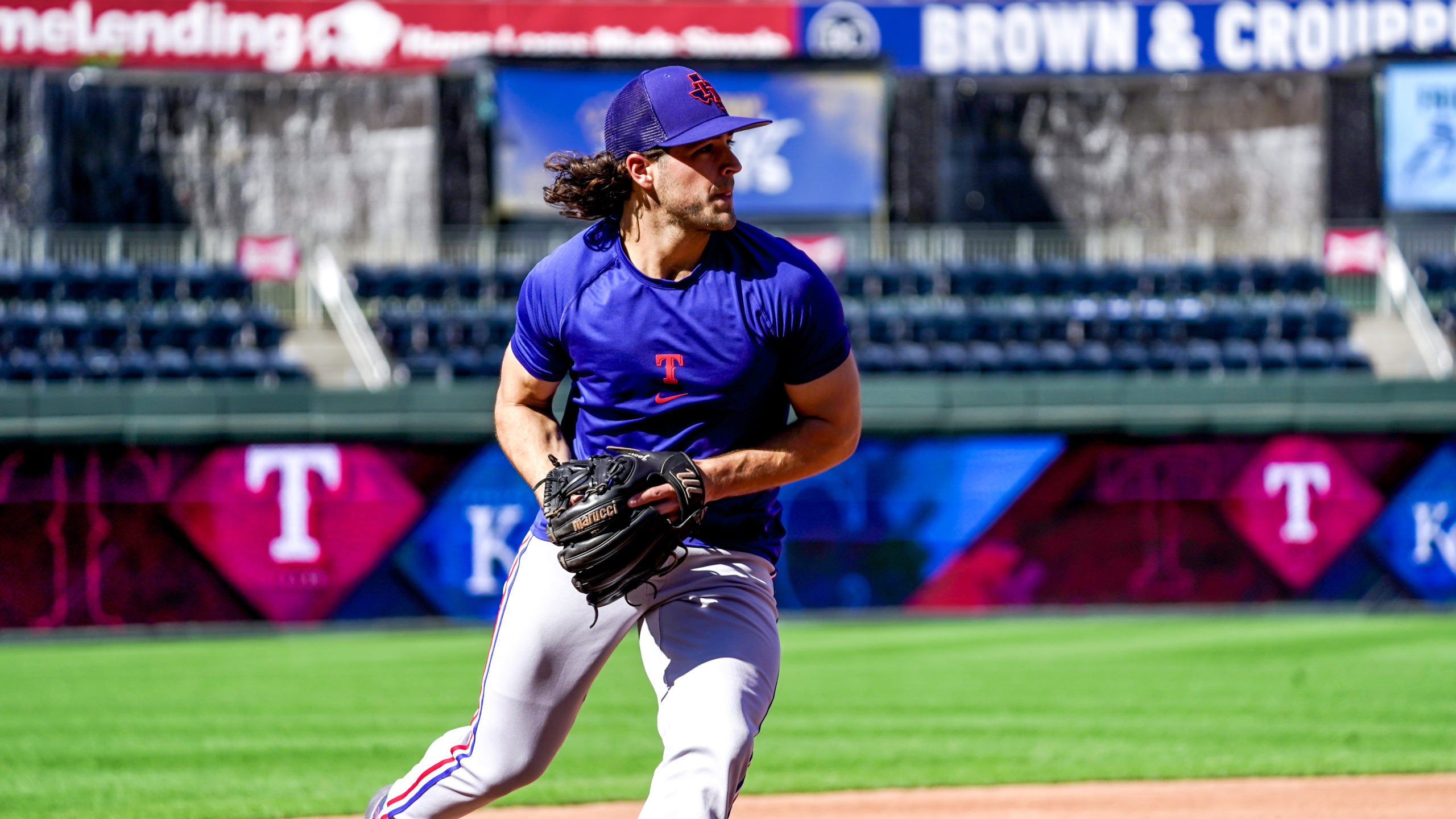 Looking at the Young Outfield Core for the Rangers in 2023

Looking at the Young Outfield Core for the Rangers in 2023

We’re winding down to the final few weeks of the season. Questions arise about who will stay with the club in 2023 and who may not start in the majors out of Spring Training. When it comes to the outfield, three guys stand out as possible fringe-type players when you look at outfield construction. The Rangers could add another outfielder in the off-season, but it seems reasonable that Adolis García will retain his spot in right field for 2023 (unless a trade occurs). Some utility guys will have a few reps, but these three players on the current roster may bid for one or two spots next Spring.

When the Rangers called up Leody Taveras in mid-June, they wanted to be sure that Leody stayed in the big leagues. Taveras started hot, capping off with a July where he hit .341 and had an OPS of .917. After that, however, the decline hit, and it’s been a struggle in September for Taveras, clipping right at the Mendoza line at .200. “It’s just baseball,” Leody said. “All year, there’s going to be ups and downs, and there’s going to be a time every year where you have to keep fighting, and this is that time I’m at right now. I’m trying to stay consistent and make an adjustment because they made an adjustment too.”

Has Leody proven himself enough to be in consideration for the center field starting job next season? His jumpstart in the first month and a half showed what Taveras is capable of. Right now, he’s working on his balance on both sides of the plate, making him somewhat unstable. “There’s nothing I can be sad or mad for. [I had] a big year. I got what I’m looking for [and] be here comfortable, finally,” Leody said.

Leody Taveras and the Rangers are having some fun! 😁@Rangers | #StraightUpTX | 📺: BSSW pic.twitter.com/RFlJFLTjc4

As anticipated, Josh Smith’s debut on May 30th remains his season’s highlight. Since then, the rookie campaign for Josh Smith has had ups and downs. Smith dealt with some time on the injured list shortly after his debut, followed by a short trip to Round Rock. The season numbers look okay, but a stand out is his on-base percentage remains to hover over .300. Smith’s eye at the plate remains a weapon for the offense, and his defense was showcased throughout the year, especially learning the outfield this season.

“[I’m] learning from a lot,” Josh told me when I asked what he’s taking away from his 2022 season. “There are so many ups and downs in this game; not going to play the way you want all the time but try to manage that and not get too down on yourself where you are. You get home a little upset, but once you come to the field, it’s all fun.” Versatility remains a selling point among teams in an organization. The more versatile a player is, the likelihood of finding playing time and staying in the big leagues.

While Smith belted his first MLB home run over the fence, Tony Beasley wants him to focus more on his bread and butter, hitting gap line drives. “Josh has a good swing. I just don’t want Josh to get into that mode where he’s trying to force that,” Beasley said. “I felt like when [Josh] had his struggles earlier, that seemed to be the case. He lost the ability to use the whole field and hit line drives over the field, which is what he does really well. Prior to [Wednesday’s home run], it was a more of a trying to lift and separate type swing, and that’s not for Josh’s skillset.”

Bubba is in his first month and a half of his big league career, wreaking havoc on the base paths. He stole his first ten bases without being caught and has been successful six of his last nine attempts. He’s using his speed with a team leading six bunt hits (in 130 at-bats), and it’s all that Beasley said he saw in Spring Training. “[Bubba] was the one guy in Spring Training I was like, let’s not sleep on Bubba Thompson.” What is impressing Beasley is the sustainability that Thompson has since coming to the big leagues. “He’s always where his feet are [and] never worried about what’s to come or whose thinking what. He’s doing his job, and in trying to perfect his craft, he’s one that’s never satisfied,” Beasley said.

Since his call to the Majors, Bubba ranks fifth in MLB in BABIP (batting average in balls in play) at .402. He trails Aaron Judge, his teammate Nathaniel Lowe, Michael Harris II, and Jose Abreu. With changes coming next season regarding throw overs and larger bases, someone like Bubba Thompson will feast among defenses. The offense is something that Bubba is putting together to compliment his speed on the bases. [Bubba] made strides offensively as far as strike zone recognition, discipline, and more consistent with contact,” Tony Beasley said. He’s becoming the catalyst the Rangers looked for when they saw him move up through the system.

I do not forget Ezequiel Duran in the mix, and when Eli White gets healthy, there’ll be stiff competition in the outfield next season. That said, the overall makeup of this lineup is coming together nicely. “I feel like the whole year our offense has been pretty good,” Josh Smith told me. “We got some guys at the top and bottom of the order have produced. With the addition of Josh Jung [and] his short time here, you can see how special he is and completes that lineup. At the end of this year and going into next year, we’re going to have a pretty good offense.” It may help turn the focus this offseason to the pitching side.