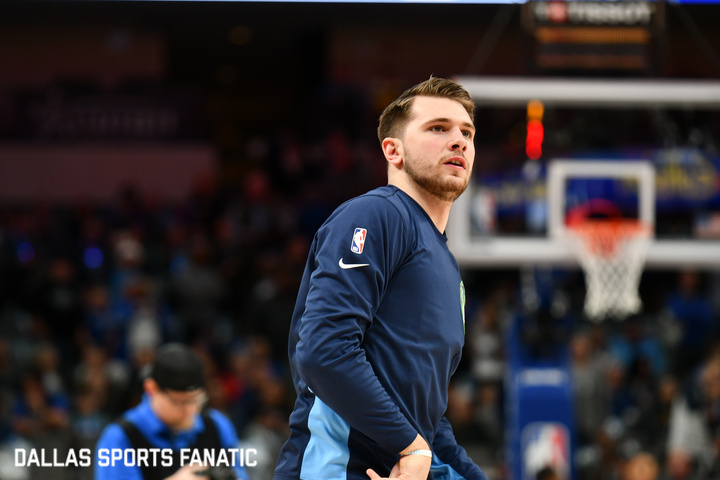 It’s been an up-and-down season for the Mavericks with plenty of good and bad moments, but their season might seem like a cakewalk so far in comparison to the Boston Celtics’ 2020-2021 campaign. While Dallas entered this season with high hopes to take another step forward in their rise to legitimate contention in a loaded Western Conference, the Celtics, fairly or not, had aspirations for a championship following a trip to the Eastern Conference Finals last season in the bubble.

A combination of injuries, COVID cases/close contacts, and just overall disappointing performances have led to the Celtics now being 23-25 as we enter the final third of the regular season. Following their 113-108 loss to the Mavericks on Wednesday night in Boston, the Celtics sit at the eighth seed in a top-heavy Eastern Conference. While the team looked dreadful in the first half on Wednesday, Dallas led 64-45 at the break, Boston was able to storm a furious fourth quarter comeback to get within two points in the final thirty seconds of the game. While it was a valiant effort to get back into the game, there are zero moral victories at this stage of the season for a team with expectations as high as Boston’s.

A very frustrated Brad Stevens on the state of the team pic.twitter.com/Xl8GwtaGpZ

On the flip side, the Mavericks shouldn’t have walked off the court Wednesday night with the greatest taste in their mouth. Sure, a win is a win, but it sure got scary in the final few minutes of the game. The Dallas offense that was humming along in quarters one through three lost all direction in the final few minutes under the guidance of Luka Doncic. Despite Doncic’s 36 point night that saw him go 7-11 from beyond the arc, he was simply terrible leading the offense down the stretch. He was on the court the whole time, but Dallas just had bad possession after bad possession and basically only won because time ran out on the Celtics.

Someone who wasn’t on the floor for most of the fourth quarter was Kristaps Porzingis. He sat until just 4:21 remained in the fourth, sat back down at the vital 2:11 mark and then came back in just for rebounding purposes with five seconds remaining in the game. No one was in Rick Carlisle’s famous dog house. The coach had an explanation for this decision down the stretch.

Carlisle says the reason Porzingis only played a few minutes in the fourth quarter was because Boston went extremely small. He would have had to guard Marcus Smart. He said Porzingis understood the decision.

Rick Carlisle on Kristaps Porzingis playing just 2 mins in the fourth quarter: "They were playing small. That would've been a very tough defensive thing for him. … He understood. When I subbed him in, he actually said, 'Are you sure?'"

Porzingis struggled to stay in front of the quick Boston guards and forwards all night long, but did have three blocks in the paint. Not sure if the Mavericks’ defense could have been any worse with him on the court in the fourth quarter. All’s well that ends well, right?

The win now has Dallas 25-21 and still seventh in the crowded West standings. They remain 3.5 games behind the 5th and 6th seeds in Denver and Portland, and just a half game ahead of the Spurs in the eighth seed.

The Mavericks will finish off their five game road trip with a back-to-back against the New York Knicks and Washington Wizards this weekend. While J.J. Redick isn’t expected to return to the court anytime soon, he will join the team at practice on Thursday and will be with the team for Friday’s game in New York. So J.J. has a message for all of the Mavs fans that were panicking over his silence since the trade last Thursday.