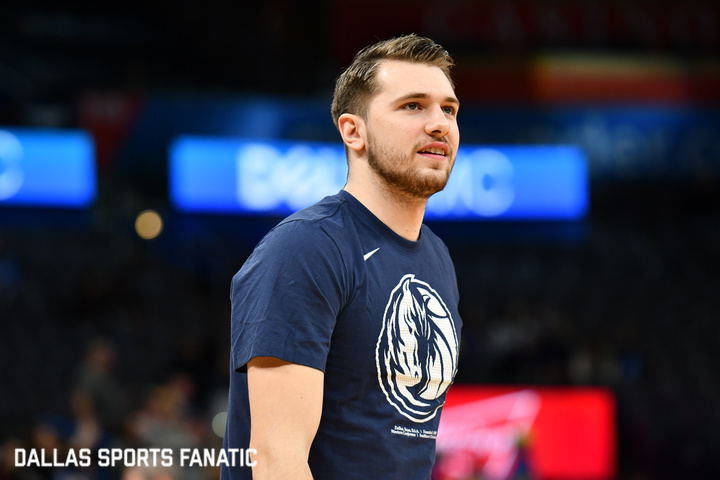 With 5:59 left in the fourth quarter of Friday night’s game against the Spurs, the Mavericks were up by a comfortable eleven points. Make a few shots down the stretch, sprinkle in a few shots, game over, right?

Unfortunately, it wasn’t that easy.

The Gregg Poppovich-coached Spurs are now more “frisky” than they are the dominant team they were for the first 17 or so years of this new millennium. The veterans DeMar DeRozan and Lamarcus Aldridge were scoring with ease all night long and things weren’t any different down the stretch. That duo plus Keldon Johnson were the only Spurs to score in the final 8:23 of the game for San Antonio, but they were doing it with ease.

As the game got slowly closer… and closer… and closer while the Mavericks struggled to make shots or keep San Antonio from scoring, everyone began thinking in unison, “This isn’t really going to happen again, is it?”

Luka Magic in the final minute was enough to save the Mavericks’ butts from a painful road loss on the front end of a back-to-back concluding tonight against the Rockets at home. Some interesting quotes about the execution in the final minute:

Coach Rick Carlisle: “We’ve gotten a year older, a year wiser. We’ve spent more time working on crunch-time situations, talking about it, understanding it’s a big part of where we want to go as a team. We need to execute and keep our poise. The biggest thing was we kept our cool. Luka kept guys together in the huddle and we found a way to execute, get enough stops to get it done, and the big free throws at the end were huge.”

Jalen Brunson, who hit a monstrous shot off a Luka pass to put the Mavs up 118-112 with 18 seconds left: “We’ve been growing as friends every day. I feel like the offcourt chemistry definitely contributes on the court… I was ready just in case he wanted to dish it out to me and I was ready to knock it down.”

Luka Doncic: “I think the biggest thing is making better decisions… giving up good shots for better shots… that’s the key to our end of the game (success)… We kept together and we kept defending. We just needed to win that game and show what team we are.”

Quick note
Kristaps Porzingis finished with 21 points on an efficient 7-14 shooting line. After struggling with his shot in his first two games this season, he has shot 58% from the field with over the last four games while averaging 22.8 points per game. A lot of the increased scoring efficiency can be attributed to his success in the paint. Rick Carlisle shared some thoughts postgame about how his feelings on KP post-ups has evolved over time.

After a win over Spurs last season, Rick Carlisle went on an epic rant against the notion that Kristaps Porzingis needed a lot post-ups. I wondered why the Mavs posted up Porzingis several times tonight vs. Spurs. Carlisle’s answer revealed a little about Dallas’ team dynamic: pic.twitter.com/KDrcTI3Zu9