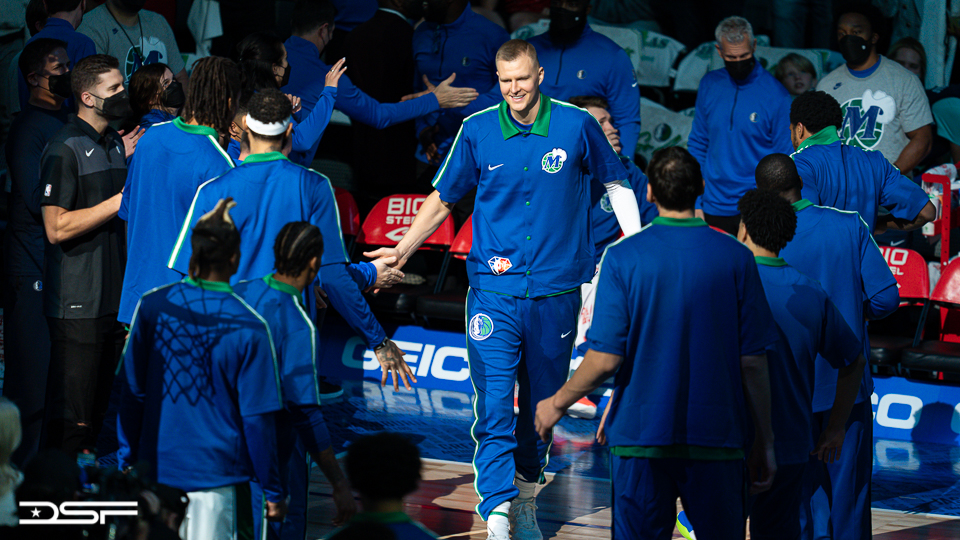 The Dallas Mavericks (9-5) battled valiantly against the Phoenix Suns (11-3), but ultimately lost Wednesday night’s contest 105-98 without superstar Luka Doncic, who was out due to left knee and ankle sprains.

Looking to snap the Suns winning streak at nine, the Mavs led by the end of the first three quarters, but were unable to come out with the win at the end of the fourth, granting Phoenix its tenth win in a row.

Starting in his third game of the season, Jalen Brunson replaced Doncic in the opening lineup and performed admirably, coming one assist and one rebound shy of a triple-double, while notching 18 points on 8/18 shooting from the field in 37 minutes.

The ascension of Brunson’s play has been key to Dallas’ offensive attack to start the season, but the rest of the Mavs’ supporting cast needs to chip in a little more, and they showed they can without Luka piloting the offense.

Often the most criticized piece for the Mavericks due to salary size compared to on-court production, Kristaps Porzingis showed he still has some juice left in the tank scoring the first six points of the game while finishing with 21 points, eight rebounds and seven assists, albeit on 7/20 shooting from the field.

Tim Hardaway Jr. was right alongside him, hitting some timely late-game buckets for the Mavs, finishing with 22 points, four assists, two rebounds and two steals.

Perhaps the biggest lift of the night came from the bench backcourt of Frank Ntilikina and Trey Burke, filling in the ball-handling duties for the reserve units as Brunson started.

Ntilikina has looked his best in an NBA uniform to start the season for Dallas as his confidence is regaining, hitting 3/3 on his looks from deep while pestering opposing backcourts, finishing with 13 points and two steals.

Trey Burke received his first significant minutes since returning from health and safety protocols and put forth a 10-point effort on 2/2 shooting from three and 4/7 overall, showing once again that he can provide instant offense off the bench in a pinch.

The Mavs led 73-68 entering the fourth quarter, but Phoenix came out firing on all cylinders, outscoring Dallas 37-25 in the final period.

Even with Chris Paul connecting on his first field goal with only eight minutes remaining, Phoenix still had its top dog in Booker running the show.

Luka is the undoubted leader for Dallas, and his late-game presence is a weapon for the Mavs as he can essentially get a shot wherever he wants on the court at any moment.

The same goes for Booker, as he nailed a deep three dagger on the left wing with 50 seconds remaining to put the Mavs in an insurmountable hole.

The game was all tied up at 89 a piece with five minutes remaining, but Phoenix took over while Dallas floundered.

Chalk it up to not having the late-game execution of Doncic, or Dallas giving up back-to-back open corner threes to Jae Crowder plus an uncontested paint catch for DeAndre Ayton along with some smoked shots in the paint, but either way the Mavs failed down the stretch of a winnable game.

Without a cold-blooded killer running the show during crunch time, it’s hard to get a win against elite NBA competition.

When CP3 isn’t rolling, Booker can pick up the slack, and vice-versa.

The Mavs will have to find out whether or not they have a true co-star to keep the team afloat with Luka sidelined.