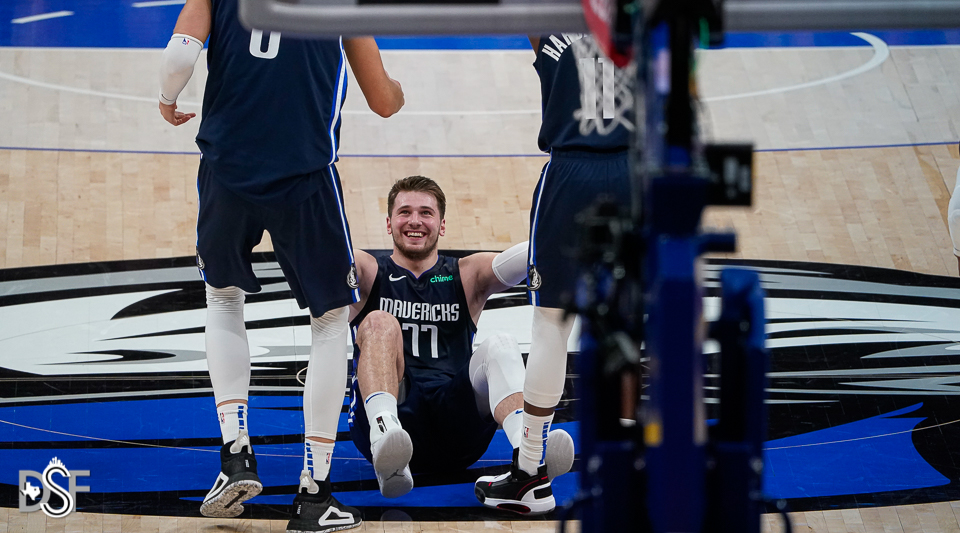 Luka is fresh and ready to go

I’m not sure what the Mavericks plans are for their final scrimmage against Philly on Tuesday, but one thing I am certain of: Luka doesn’t need to play in it to be ready for Houston.

He truly hasn’t skipped a beat in either of their first two scrimmages, totaling 34 points, 16 rebounds, and 15 assists in 40 minutes of action.

The nagging ankle and wrist injuries definitely took their toll on Luka during the season, but with the time off he looks spry. Much like he did during his torrid start to the year, and that bodes well for the Mavericks.

Can Antonius Cleveland be a contributor?

While the offense has looked razor sharp through the two scrimmages, the defense has been the opposite.

That’s not a *huge* surprise. After all the Mavericks aren’t loaded with defensive stoppers. But to get where they want to go, they will need to at least be adequate on that end.

Enter Antonious Cleveland. Due to the absence of key rotation guys, “AC” has found himself running with the bench unit in Orlando. His game definitely has some pop, especially in regards to defense on the perimeter and Carlisle has surely taken notice of that. He struggles to shoot from distance, often a deal breaker for the Mavs, but they need what he can provide on the less-glamorous end.

Will Carlisle trust the two-way man? History says it’s unlikely, but his play through two scrimmages is making that more difficult.

They will need production from Trey Burke

The Mavericks enjoyed a highly-effective bench unit all season. With lots of shooters and playmakers mixed in, it was easy to see why.

But after being hit with injuries to Jalen Brunson and Dwight Powell, and an opt-out from Willie Cauley-Stein, they were suddenly thin. Sure they have JJ Barea, but at this point in his career, he should be no more than an emergency spark plug.

So, the team signed former-Mav Trey Burke. Burke came over in the Porzingis trade and had a surprisingly effective campaign with the team before leaving in the offseason. He hasn’t yet played wth the ‘20 team yet, but his familiarity with the system should bode well when he gets out there.

The bench has struggled through these first two scrimmages. The hope should be that adding a scoring option like Burke can give them some extra juice.