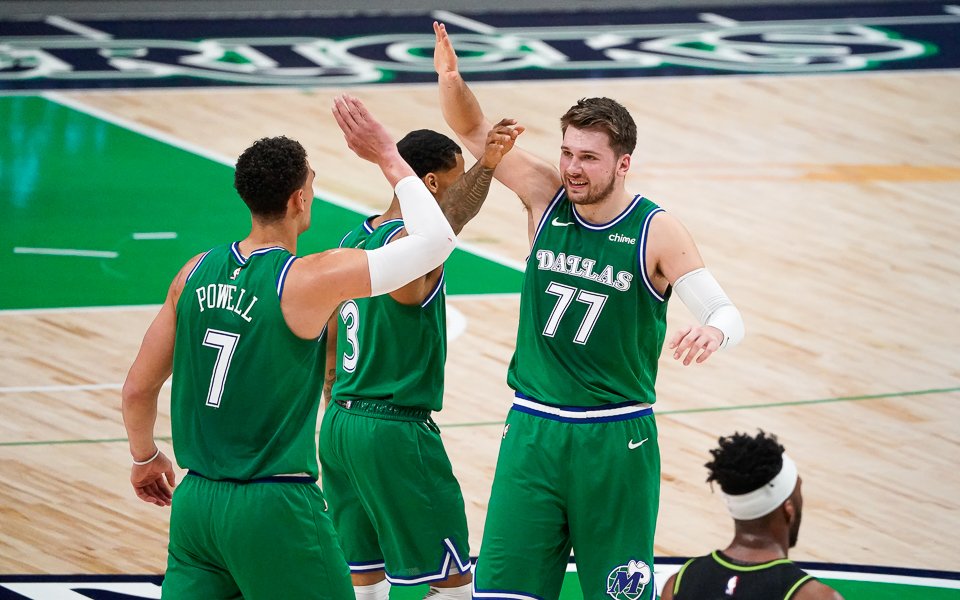 The Dallas Mavericks (30-24) came out victorious over the Memphis Grizzlies (27-26) thanks to another spectacular performance by Luka Magic, capped by a stumbling floater heaved from behind the three-point line as the buzzer sounded for a 114-113 win.

With 1.8 seconds left, Memphis guard Grayson Allen stepped up to the free throw line holding a career-high 91% free throw percentage for the season, only to clank both off the rim and gift the Mavs another chance.

Chalk it up to the announcer jinx or Luka’s ability to hit absurd trick shots from anywhere on the floor, but with Doncic on the court, anything is possible.

A tale of two halves

Doncic had an extremely tough first half, mustering only four points on 1/6 shooting from the field, his lowest total in a half thanks to Dillon Brooks hounding him.

He was still able to dish out seven assists while keeping the offense afloat by using his size advantage in the post.

With perimeter shots not falling in the first half, Doncic began to work off the ball around screens into favorable situations forcing smaller or slower defenders to guard him.

The result: 25 points on 9/14 shooting from the field in the second half, ultimately shooting 50% overall and 30% from deep with a block and two steals.

Without playing himself into a rhythm in the second half by implementing less isolation and pick and roll action and instead working off the ball to manufacture clean looks, the Mavs would have tanked.

Instead, Dallas kept chugging away with Doncic’s scoring and playmaking versatility being the key factor, setting up a clutch moment for him to shine.

Too many times have the Mavs worked their way through the mud in a hard-fought game only to see the ball go through the net for the other team as time runs out.

Tonight seemed to be another one of those nights, as Memphis kept stretching the lead as soon as Dallas would crawl within a point or two.

Coaching and strategy is equally important as player execution on the court, and when head coach Rick Carlisle clearly told Luka not to purposely miss the last shot, he knew the Mavs would still have enough time for one of the most creative shot-makers in the league to work his magic.

After two stunning misses by Allen, the Mavs had their chance and Luka took full advantage of it.

Except this time instead of his classic step-back from deep, he split two defenders and sent up a floater as the buzzer sounded, downing the Grizz and adding even more separation in the Western Conference standings.

Cold shooting from the bench

The acquisition of JJ Redick is already appearing to be a good one after his second game played, even after the shade thrown at Pelicans GM David Griffin for not holding up his end up of their agreement put an awkward tone on the beginning of his tenure as a Maverick.

Aside from Luka’s 3/10 shooting from long distance, no other Mav hit three attempts from deep aside from Redick who shot 3/4.

Consistent perimeter shooting is a huge need for Dallas, and Redick may be the answer when Kleber can only manage to hit 2/9 off highlight-worthy dimes and wide-open opportunities from Luka’s drive and kick game.