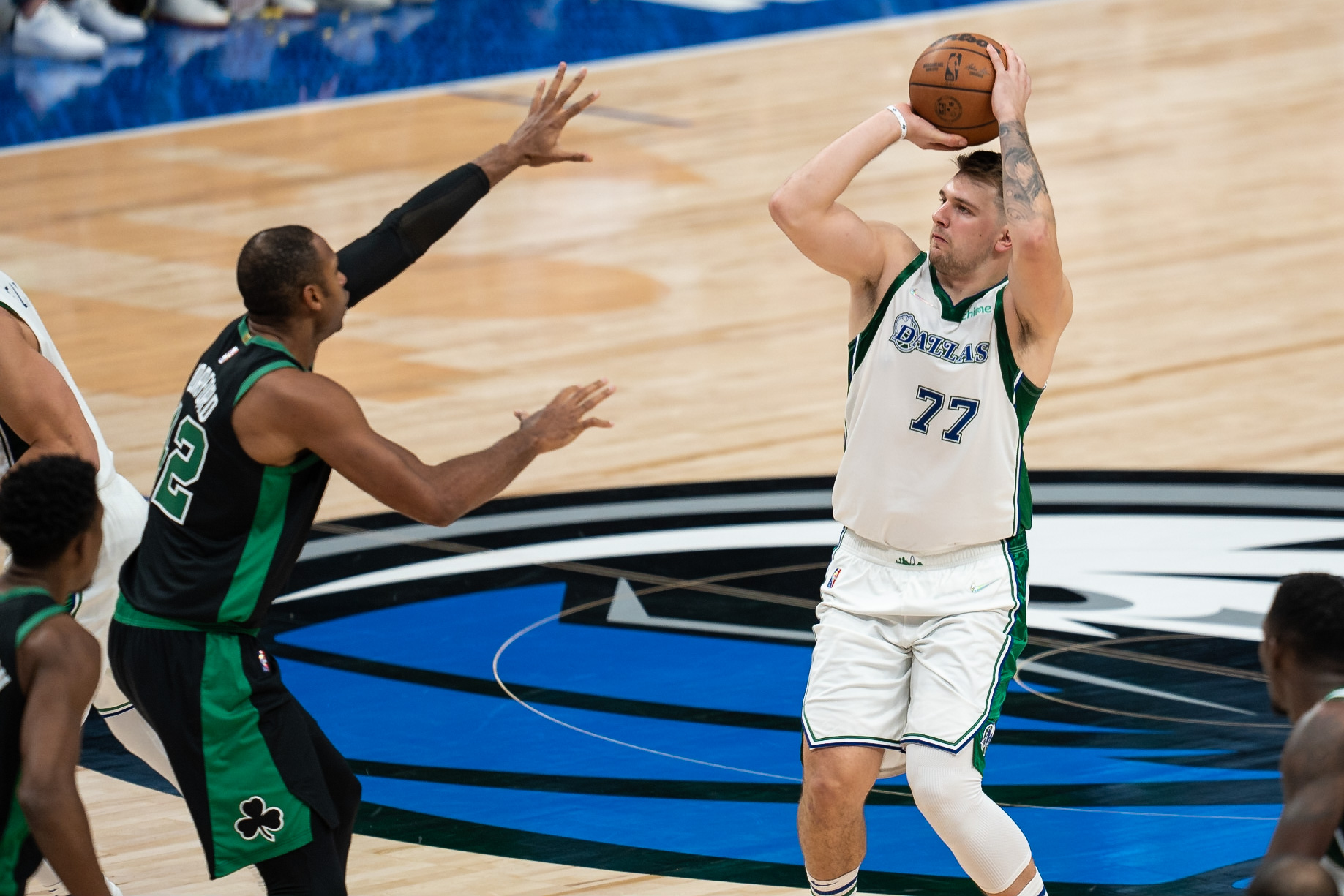 You almost start to take moments like this for granted.

Buzzer-beating shots to win a game are something that simply never grow old and seeing another one from Luka Doncic on Saturday night to help the Mavericks sneak past the Celtics 111-108 at the American Airlines Center was just about perfection.

LUKA DONCIC WINS IT AT THE BUZZER!!!!

The game-winner was his fourth career buzzer beater (three in the regular season, one in the postseason) and his second one to bury the Celtics in Dallas after his big shot last February.

It was the first time new coach Jason Kidd had a front row seat to the heroics.

“I’ve seen it on TV. That’s Luka… But he’s done it so many times and it’s just a beautiful thing to watch in person,” Kidd said after the game on Saturday night. “I’ve played with a player like that before here. Everybody knows the ball is going to 41 (Dirk Nowitzki) and he delivers. I think everyone knew the ball was going to 77 (Luka Dončić) and he delivered.”

In his first game back after missing five contests with lower back tightness, Kristaps Porzingis hit the nail on the head with a lot fewer words.

Luka was able to summarize the moment with a few choice words after the game with Jeff “Skin” Wade.

🚨 Way to break in the City Edition jersey's 🚨

Hey, whenever burying buzzer-beating game winners is a somewhat regular thing, you can say whatever you want on live TV, 77.

The shot was the cherry on top of what was Doncic’s best, most efficient night of the season with 33 points, 9 rebounds and 5 assists on 12-21 shooting overall and 5-10 from deep. This type of scoring or efficiency certainly has been then norm for Luka through the first nine games of the season, but the Mavericks are 6-3 and obviously still have their best basketball ahead of them. As long as they have this kid on their side, you’d have to think they have a chance to do some big things.