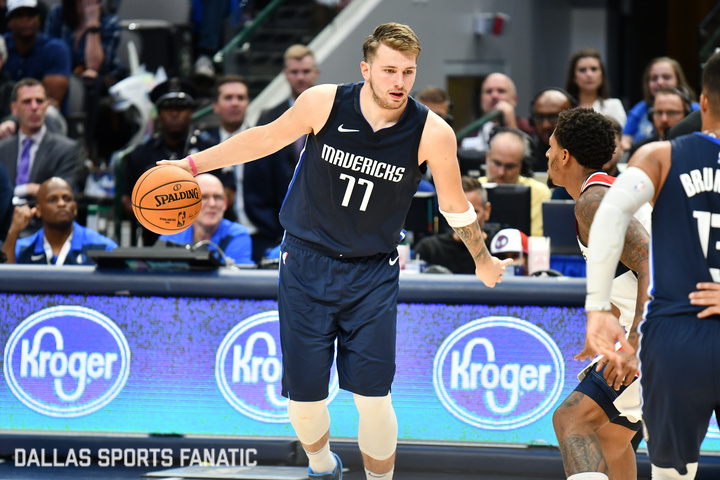 Following an ugly loss to the underwhelming Knicks on Friday at home, the Mavericks regained momentum on the road, winning against the Grizzlies, 138-122.

With KP sitting out the second night of the back-to-back, Luka continued to lead the way with another impressive performance; 24 points, 14 rebounds, and 8 assists. Seth Curry played well in a starting role with 16 points. Tim Hardaway Jr. and Justin Jackson combined for 37 off the bench.

It had to be said after Curry took zero (yes, zero) shots last night in 13 minutes against the Knicks. In a starting role tonight, Seth scores 16 points on 12 shots, including 3/7 from deep.

What happened last night can’t happen again. Whether that’s guys not feeding him the ball or plays not being up for Seth, it can’t happen. He’s that good of a shooter. That’s why you brought this guy back on a four-year deal.

It’s time. He deserves it.

Doe-Doe has been great so far this season. Whether it’s in a starting or reserve role, he gives 110% effort at all times and creates issues for the opposing team as a defender.

The question surrounding Finney-Smith has always been the inconsistency of his three point shooting. And his shot still needs some work. His consistency on open corner threes is improving and will only hopefully get better.

And we saw this last season. He started the season out strong on both ends of the floor but his shooting took a swan dive in the second half of the season.

The stat sheet won’t always mirror his impact on the floor. If effort was a statistic, he’d be near the top in the league.

With KP out of the lineup, Luka certainly needed everyone to chip in to avoid a second straight loss and that’s exactly what he got, especially from the bench unit.

The Mavs bench scored a combined 67 points, led by Tim Hardaway Jr. with 20 points on 50% shooting. Justin Jackson always seems to be a microwave when he gets the proper playing time, scoring 17 points in just over 25 minutes.

The bench unit has been hit or miss this season. Tonight, they were outstanding but last night, they were a dud as if Luka and KP were out there alone. For the Mavericks to solidify a playoff spot, the bench will need to continue their consistent play alongside their two stars.