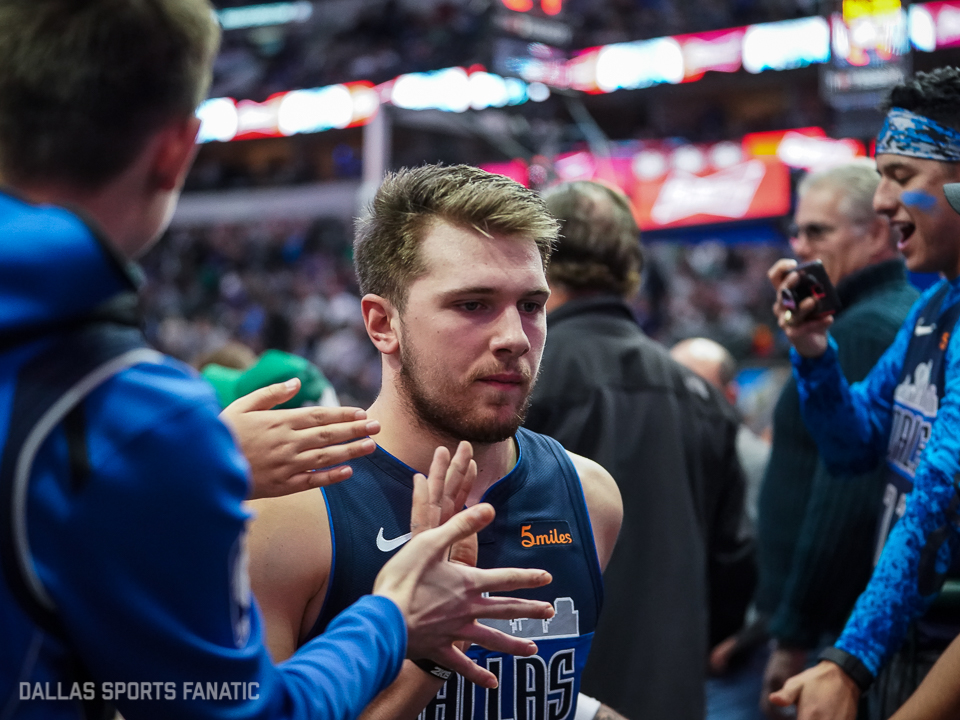 The Dallas Mavericks entered Thursday night’s game against the Denver Nuggets on a six-game losing streak. They have struggled mightily since the All-Star break, going 1-9. However, Dallas flipped the recent script and played up to their competition against Denver. The Nuggets found themselves trailing most of the game due to strong showings from Mavs rookies Luka Doncic and Jalen Brunson. It would take a Nikola Jokic one-handed turnaround floater at the buzzer to give the Mavs their seventh straight loss. Denver won 100-99. The seven-game losing streak is the longest this season for Dallas.

Jalen Brunson had another strong game to add to his great play as of late. He ran the show next to Luka seamlessly and is wise with the basketball beyond his years. Brunson finished the game with 20 points, 5 rebounds, 4 assists, 1 steal, and only 2 turnovers. He also made three three pointers while shooting over 50% from the field. Since the All-Star break, Brunson is averaging 16 points, 4 rebounds, 4 assists in 30 minutes per game. He is also shooting 50% from the field and 36% from three during that span. Dallas is extremely lucky that he fell to them in the second round of last year’s draft.

#Brunson not a regular Rookie
4th 20+pt game of the season pic.twitter.com/VO9octXH2R

Luka Dončić had himself a redemption game after the 12 point dud he put up against the Spurs on Tuesday. Although he is clearly not right due to a knee issue, he was still the Mavs go-to guy. Dončić finished with 24 points, 11 rebounds, and 9 assists with only 3 turnovers. He had multiple highlights tonight but the two below were his best. He threw down a monster dunk on two Nuggets with less than ten seconds left in the game and drew the foul. Give this man his Rookie of the Year award now.

Luka scores in the post to put us in front! pic.twitter.com/WWLhGoctXp

LUKA THROWS IT DOWN WITH 5.8 SECONDS LEFT! pic.twitter.com/FhGOPULetO

Yes, Luka’s throw down at the end was insane. But he missed his free throw after it. The miss meant that Denver was only down one with five seconds left. The result was a Nikola Jokic game winner on Dwight Powell. Once again, the Mavs could not close out a game due to poor free throw shooting. Dallas shot 13 for 17 on free throws against the Nuggets, or 76%. Luka had another tough game from the line as he only made three of his seven free throws. The Mavs have shot 70% from the free throw line since the break, putting them at 27th in the league.

Closing in on Wilt

Dirk Nowitzki inched closer to Wilt Chamberlin for sixth all-time in scoring with nine points against Denver. Nowitzki started the game and made three of four three pointers to go along with one assist in 19 minutes. He is now 18 points away from passing Chamberlin. The Mavs play their next two games at home. Mavs fans should consider buying tickets to fast to get a chance to witness history.