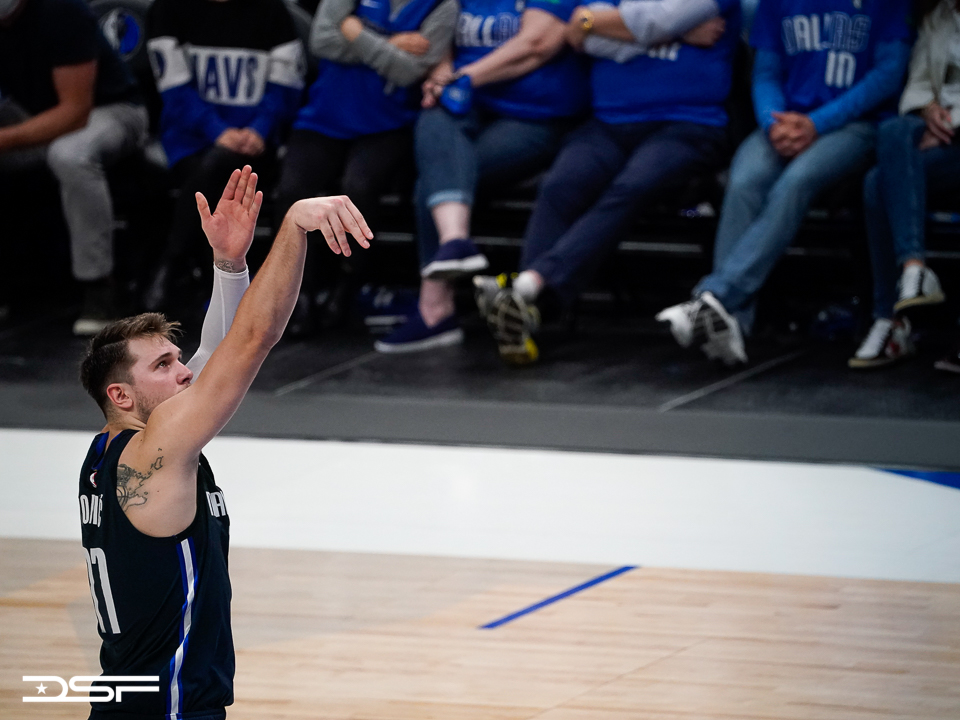 It was an unforgettable night at the American Airlines Center on Friday night. The 17,000+ in the stands helped create an incredible atmosphere that was a key part in the Mavericks getting off to a 30-11 start against the Clippers in game three of their series.

The Clippers would go on to outscore Dallas by 29 points the rest of the way as the road team won its third consecutive game in this first round playoff series.

Even with a superstar 44 point effort from Luka Doncic, the Mavericks couldn’t get enough stops after their torrid start and that is the biggest concern for Rick Carlisle heading into game four on Sunday night.

“We have to defend better. Better defense is always going to create more opportunities offensively,” Carlisle said on Saturday. “Team defense has got to be better.”

The Clippers shot 58% from the field on Friday night and absolutely dominated in the points in the paint department with a 46-24 advantage over the Mavericks. Dallas simply had no answer for the mid-range mastery from Kawhi Leonard and Paul George as they combined to shoot 24-35 from the field with just five of those makes coming from beyond the arc. The Mavericks perimeter defenders were blown by with regularity and then the there was no resistance to be found in the post from Kristaps Porzingis or Willie Cauley-Stein besides an occasional tussle under the rim.

Terrence Mann ran at Willie Cauley-Stein after he appeared to get shoved.

A tech was called on the Mavs for a "physical taunt." pic.twitter.com/9HU2VABCY5

Outside of needing to improve their team defense, the Mavericks will be crossing their fingers that Luka Doncic wakes up feeling okay Sunday morning as a cervical strain had him listed as questionable on Saturday’s injury report. Rick Carlisle expressed optimism that his star would be on the court for game four.

As someone in the arena and isn’t sure of what was shown on TV, Luka was walking around quite gingerly in the fourth quarter after whistles blew or heading back to the huddle during a timeout. At this point in the season, it would be shocking to see him miss a game for anything short of an injury that would require a surgery, but a cervical strain obviously doesn’t sound pleasant and is something to monitor throughout the day Sunday. Perhaps the late 8:30 PM start will be beneficial to the Mavericks as they will be able to treat Luka all day long leading up to the game instead of having to hope he wakes up feeling good and then sticking him out there for the 12 PM game like the Knicks/Hawks have.

Elsewhere on the injury report for the Mavericks, Maxi Kleber was probable with his lingering Achilles soreness and J.J. Redick remains out for the foreseeable future with a heel injury that has plagued him all season. For Los Angeles, Serge Ibaka is questionable after missing game three with a back injury.

Game four is scheduled for tip-off around 8:30 on Sunday night from the American Airlines Center.