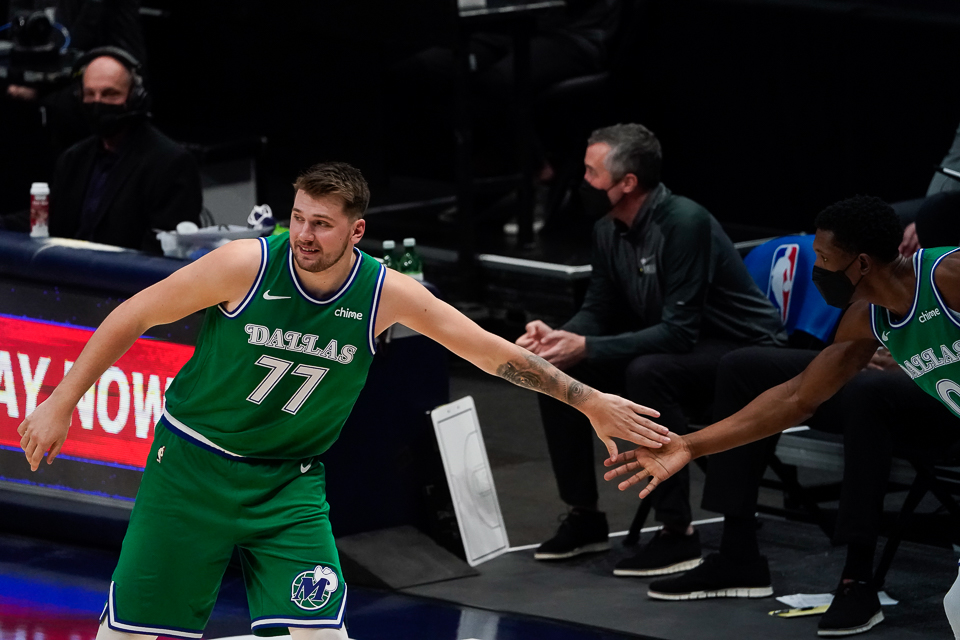 For now, the Mavericks have moved all the way up to the fifth seed in the Western Conference standings after their 125-124 win over the Washington Wizards at home on Saturday night. While it may not be a permanent move, it’s certainly a milestone that seemed highly unlikely to happen even as recently as six days ago when Dallas frustratingly lost to the Sacramento Kings last Monday night. This team is proving time and time again that you really have no idea what they’re capable of doing — not necessarily always in a good way.

It was in the good way on Saturday night as the Mavs were without both Kristaps Porzingis and J.J. Redick due to injuries, but were still able to squeak past the hottest team in the league in the Wizards. Even with the loss, Washington has now won 10 out of their last 12 games thanks to the superstar return-to-form for former MVP Russell Westbrook and there was no shortage of that on display at the American Airlines Center on Saturday with 42 points, 10 rebounds and 9 assists. The Mavericks really didn’t have a response for him until the game slowed down in the final few minutes and the Wizards went more through Bradley Beal. If it weren’t for Beal dribbling the ball off his leg and eventually missing an open shot, the Mavericks could have been walking away very disappointed in their defensive effort against the two star guards for Washington

Beal couldn't get this game-winning shot to go.

Mavs pull out the win. pic.twitter.com/xjr3pzCahb

For the Mavericks, Luka Doncic had another insane statistical night with 31 points, a career-high 20 assists, and 12 rebounds. Perhaps the most impressive stat is that he only one turnover on the night. That assist/turnover ratio put him in some elite company.

Luka Doncic just became the first player since Chris Paul on Dec. 10, 2016 to have at least 20 assists but no more than one turnover in a game.

Luka was of course demanding the most defensive attention of anyone on the court for Dallas, so it was very key for him to trust his teammates down the stretch. He did just that with great passes to the likes of Trey Burke and then Dorian Finney-Smith in the corners for open three’s in the last few minutes of the game.

There’s no rest for the wicked as Dallas gets right back onto the court tonight for another matchup with the Sacramento Kings. The Mavs have somehow lost two games to the Kings in the last two weeks but Sacramento is obviously a talented team with some fight, but just a confounding season overall. Just this last week they narrowly beat the Mavs on Monday, were DESTROYED (154-105) by the Utah Jazz (who were without Donovan Mitchell and Mike Conley) on Wednesday, and then beat the Lakers in L.A. with LeBron James and Anthony Davis on the court on Friday.

What is going on here?

Surely Dallas will come out with a fire and incredible motivation to obliterate this Kings team after the embarrassment they’ve caused them over the last couple of weeks. It will be a second night of a back-to-back for Dallas, so it will be interesting to monitor their energy as the game goes on.

Tip-off is set for 7 PM at the AAC on Sunday night.