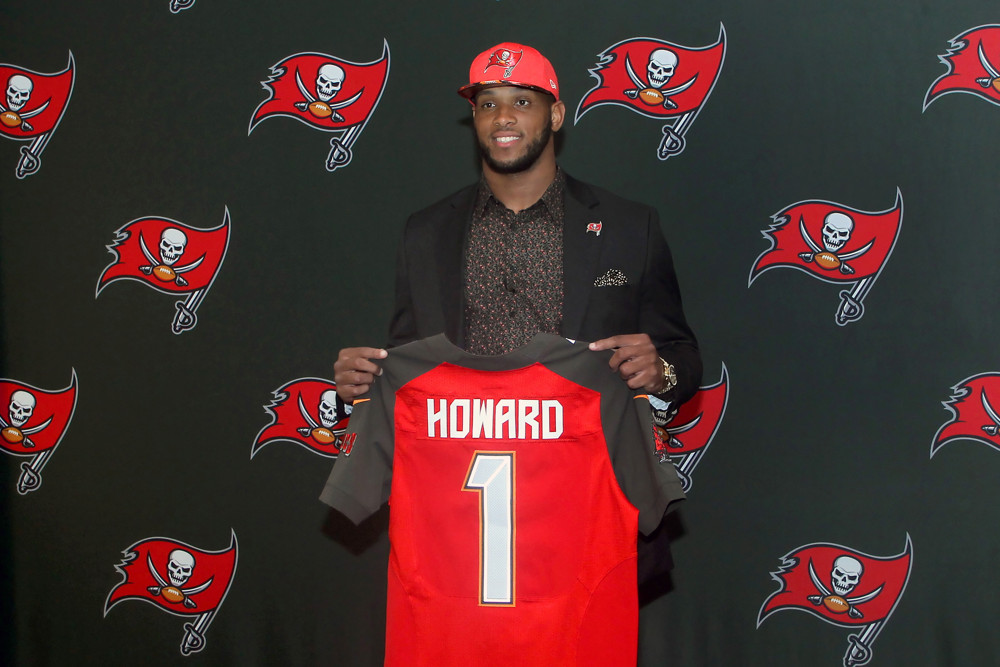 Making the Case for an O.J. Howard Trade

Making the Case for an O.J. Howard Trade

While it seems I may stand largely alone on this, the prospect of Tampa Bay tight end O.J. Howard being a possible trade target for the Cowboys really is an intriguing possibility worth discussing. He has been a part of league-wide trade discussions since last season’s trade deadline, and the rumors have gotten quite loud now, especially since Tom Brady’s fountain of youth a.k.a Rob Gronkowski just joined the chat once again.

Since Witten left Dallas for Gruden and Las Vegas (still just doesn’t seem real), Blake Jarwin would be next in the line of succession for the starting job, and it would seem that the organization must have at least some faith in Jarwin as a starter, given that there doesn’t really seem to be an overwhelming sense of urgency to fill the void left by Witten’s departure, at least from this perspective. But that shouldn’t necessarily close the door on the chance that the organization may be looking at other options at the position.

That being said, Howard is considerably more physically gifted than Jarwin, and the potential for him to be a breakout star is there, despite having wildly under-performed in his first three seasons at Tampa- Which while can’t entirely be blamed on his quarterback and/or Bruce Arians’ animosity towards using tight ends, or whatever- there has always seemingly been some kind of lingering disconnect between Howard and the organization, and this has to be a factor in his so-far disappointing stint with the Buccaneers. He had some nasty drops in 2019, and that should not go unnoticed; But with so many different variables at play and just based on the amount of untapped potential he showed for Alabama during his college years, Howard being potentially available at a discount should have the entire league on notice.

I’m imagining the Howard that put Clemson through a blender in the 2016 title game to the tune of five receptions for over 200 yards and two touchdowns, finding a home on the Cowboys’ offense with the potent passing attack they have already developed, for the potential price of what they may plan on spending for what would more than likely be a lesser talent heading into this weekend’s draft to boot. It just seems like a slam dunk opportunity for Dallas.

While the total body of work up to this point may suggest otherwise, it just seems to me that all of this should at least warrant a phone call for the Cowboys. There is a reason that Howard was the top tight end prospect in the 2017 draft, and this was in a class which saw the likes of Evan Engram and David Njoku go later in the same round, no less. The gap between Howard and the others in his class wasn’t even considered close, and we’ve seen time and again Engram and Njoku prove their worth. All of that, for what may only amount to maybe a third round pick? Howard was considered a generational talent at the position, and the thought of that level of potential getting a second chance with the Cowboys really is an exciting possibility. Case made.