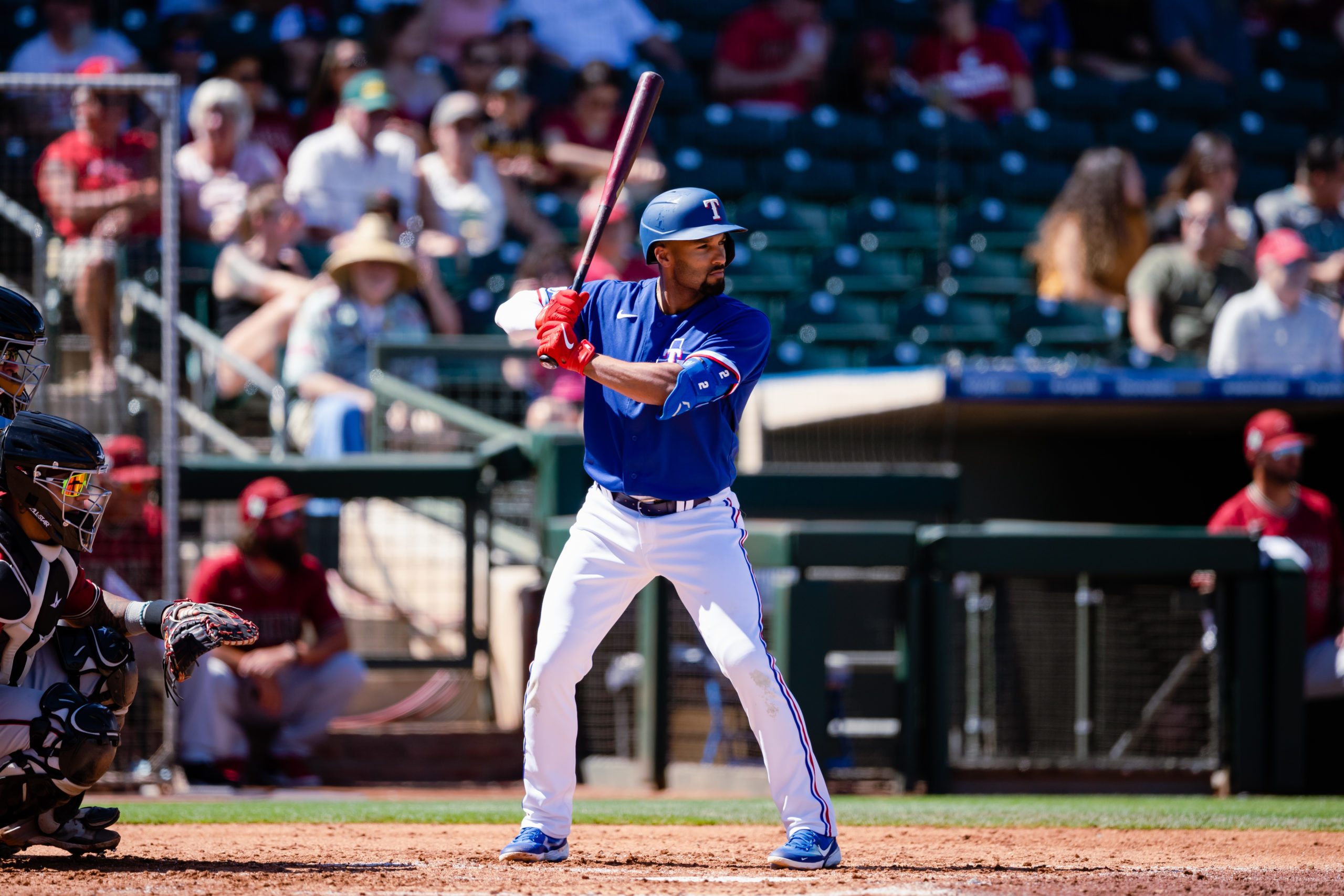 We made it to the end of the 2022 season. There’s a lot to go over, and for this final month, I combined September with a little October in the mix. Of course, fans will remember the Aaron Judge historic home run to end the season, but there was much more to dissect in the final stretch of the 2022 Texas Rangers season. So here are your final Rangers monthly awards for 2022:

Player of the Month: Marcus Semien

I think it’s safe to say that all of the worries about Marcus Semien in the first month of the season can disappear. Semien’s final month resembled June (numbers were slightly lower) and came one game shy of another 162-game season. During September and October, Semien hit .283 with an OPS of .824. On the surface, Nathaniel Lowe hit better than Marcus, but Marcus drove in more runs, scored more runs, and had a higher slugging percentage than Lowe. It was a toss-up between the two which is a good thing for Rangers fans seeing two prime producers put up decent numbers to close out the year.

For Semien, I asked him about finishing off 2022 strong. “Going into Anaheim felt great, but the last few nights not so much, but that’s part of baseball,” Semien told me. “I definitely feel like I felt like I hit consistent for a while after June [and] going into next season, everyone wants to start like that, sometimes it doesn’t happen. I’ve always been a believer that there are ups and downs, but as long as you’re trending up for the whole year, you’ve done something well. It’s hard to be consistent every day.”

Marcus told me that this offseason would be better than last season’s since he’s not a free agent and does not have to deal with lockout situations. “I’ll be less on zoom calls and more in the cage. I think all of the guys on the sub-committee and in the executive board know there were a lot of sacrifices to be made with our offseason preparation that we won’t have to deal with as much this offseason,” Semen said.

In game two of the Miami doubleheader, JJ Bleday fouled a pitch off the mask of Jonah Heim. It ricocheted off of Heim’s mask and went into the air, where Jonah caught it for the out. Ironically, I talked to Jonah a few days later, and he asked one of the umpires recently if that’s a legal catch, grabbing it in the air after it hits off the catcher. It was a recent rule put into place a few years ago and turned into one of the better catcher defensive plays of the season.

I give an A for astounding effort to Glenn Otto. Martín Maldonado popped a foul ball near the Astros dugout, where Otto charged and attempted a foot-first slide. It didn’t look like Nathaniel Lowe called for it, and Glenn Otto went all out, and the ball actually kicked off Otto’s glove. “I was telling Leody Taveras in the dugout I had a lot more room than I thought I had,” Otto said after the game. “[I’m] not used to using the warning track [but] it hit my glove, and next time I’ll be more aggressive and sacrifice the body a little more. It was fun [but] wish I would have gotten the out.” It was close to a highlight reel catch, but I’m sure the Rangers were thrilled that Glenn did not get hurt.

Glenn Otto was determined to catch that ball. A for effort #straightuptx #Rangers pic.twitter.com/Uk3DQeMRTg

Pitcher of the Month: Jesús Tinoco

Pitcher of the month was a difficult choice. Martín Pérez finished strong and kept an ERA under 3.00, but I’m going with Jesús Tinoco despite everyone knowing him as the pitcher that served up number 62 to Aaron Judge. Before that homer, Tinoco had two outings all season where he allowed a run, both coming in multi-inning relief appearances and one in June. For September/October, Jesús allowed two runs, a WHIP of 1.13, and an opponent average of .170 in fifteen innings. “It was a positive season for me in Triple-A and [the Majors], and I’ve always done everything I could. I’m proud of the season I’ve had,” Tinoco said.

Game of the Month: September 13th vs. Athletics

Here’s the recap of a game of a lifetime for the Bay Area kid, Mark Mathias, against the Oakland Athletics.

Quote of the Month: Taylor Hearn

When I talked to Taylor Hearn about younger pitchers like himself and others on the roster adjusting to the Major Leagues, Hearn delivered an analogy and an answer that I feel doesn’t only apply to baseball players. You can use the microwave/oven analogy for any goal or accomplishment you set yourself to. If you’re cooking something in the microwave, it’ll save time and energy, but it’ll end up mushy, and the quality will suffer. Putting it in the oven makes the food crisper, it’ll taste better, but it takes longer to develop. The analogy can apply to any craft an individual wants to master, like sports, arts, writing, music, and other things. The quality will take time, and mistakes will happen, but the only way you will master your craft is to keep working at it, and the effort will pay off eventually.

Taylor Hearn gave me a great analogy last week about how the younger pitchers, including himself, are getting acclimated into the Rangers pitching staff and the potential the staff has.

On the last game of the season, I made the executive choice of giving the Cowboy Hat to Tom Grieve. If it needed to go to a player, I would shift it to likely Charlie Culberson or Jonah Heim, who each homered in the season finale. It’s ironic because Culberson has homered twice in a legendary broadcaster’s last game. “Well, there’s a streak, right,” Culberson joked. “That’s a blast. That’s awesome, I wasn’t thinking about that, but that’s cool timing, huh?” You may recall Culberson’s walk-off home run on Vin Scully’s last broadcast with the Los Angeles Dodgers on September 25th, 2016. Six years later, Culberson homers in Tom Grieve’s last game on the microphone. So, the final hat is honored to Mr. Ranger, Tom Grieve.

I present to you Rangers fans, your final list of the season, the Cowboy Hat🤠list:

Congratulations to Adolis García, leading the team with 7 hats and really ran away with it at the All-Star Break.

Thank you all for tuning in and even keeping me in check.#StraightUpTX pic.twitter.com/FCfAp3Ygot

Oopsie of the Month: Marcus Semien forgets he’s up to bat (September 13th vs. OAK)

On September 13th, in the bottom of the fifth inning, the Rangers reported on Marcus Semien. The report was about his ironman durability, nearly playing a full 162 in four of the last five full seasons. The awkward part was Semien was on the bench looking out to the field while the broadcast talked about him when he was due up first to begin the inning. Marcus quickly grabbed his gear and doubled like it was no big deal.

“I lost track. I think the lack of sleep caught up to me there,” Marcus said after the game on what happened at that moment. “The inning before was so quick and threw me off. I came back, and we had a long inning on defense, grabbed some water and sat down for a sec, saw nothing was happening. Nate told me I was up, laughed, and ran up there. I was a lot more relaxed in that at-bat than any at-bat, so maybe I need to do that more.”

Debut of the Month: Josh Jung (September 9th vs. TOR)

Rangers fans all showed excitement and anticipation of Josh Jung’s debut, and man did Josh not disappoint. On Friday, September 9th, Jung came to bat for the first time in his MLB career against the Blue Jays’ Ross Stripling. One of the more arching home runs squeaked out over the glove of Ramiel Tapia. The Rangers’ crowd went ecstatic. At the end of the season, I asked Josh if nothing beat that day and that moment. “The whole moment from coming back from surgery is surreal to get to that point this season. [I’m] super grateful for that.”
For the offseason, it’s about getting healthy and strong and train for next year. “We’re going to go back and put a plan together for all that stuff on what I really need to work on. It may not be as bad as I think, just swung at a lot of pitches I shouldn’t have, and that’s coming up here with all the nerves.”

Welcome to the big leagues, kid!

The eyes on batting averages dwindle. Instead, it’s about home runs, OPS, on-base percentage, and WAR. But to players, hitting .300 is essential, especially to Nathaniel Lowe, who secured that feat with a base hit in the last game of the season. “Hitting .300 is an art that has gone by the wayside. Batting average being devalued and to know I have a full season in the Major Leagues where I played as much as I could, and I get .300 is truly a blessing,” Lowe said.

It’s crazy to look at Lowe in May and June, where his low water mark (no pun intended) was .233 on May 16th and .256 after Game one on June 7th. He became the first Rangers player to hit .300 with a qualified number of at-bats since 2016 (Elvis Andrus and Adrián Beltré). “A hall of Famer and Elvis has been really good for a long time. It’s an honor to share company with guys like that,” Nathaniel said.

I want to send my thank you to all for a great season. Rest up for the offseason as many decisions could be on the horizon as the Rangers prepare for 2023.

That concludes season 4. I want to thank y’all for putting up with me and my corniness day in and day out for ALL 81 home games (and some road games to boot).

Rangers fans are truly the best in baseball. You guys take care and happy off season! #straightuptx