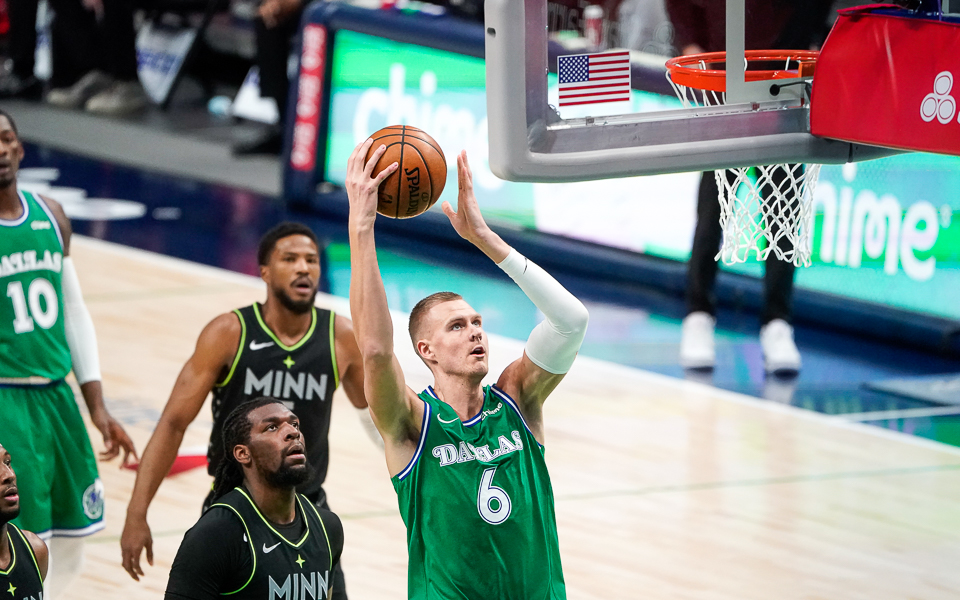 Several reports came out on Monday night and Tuesday morning proposing the idea that the Dallas Mavericks have been ‘quietly’ gauging the market for Kristaps Porzingis.

“They’ve definitely sniffed around on him,” an assistant general manager told Jake Fischer of Bleacher Report. “They’re taking the temperature, because they know at some point it’s gonna come around.”

Followed up this morning by SNYtv’s Ian Begley, reporting that the Mavericks have ‘reached out to’ the Golden State Warriors regarding a potential Porzingis trade.

To those rumors, Mavericks owner Mark Cuban vehemently denies. “It’s not accurate,” Cuban told Brad Townsend of the Dallas Morning News. “We have not discussed him in a trade at all. Has not happened.”

Cuban followed up with Townsend, “There is no trade discussion.”

Porzingis missed last night’s game against the Memphis Grizzlies due to ‘lower back tightness’.