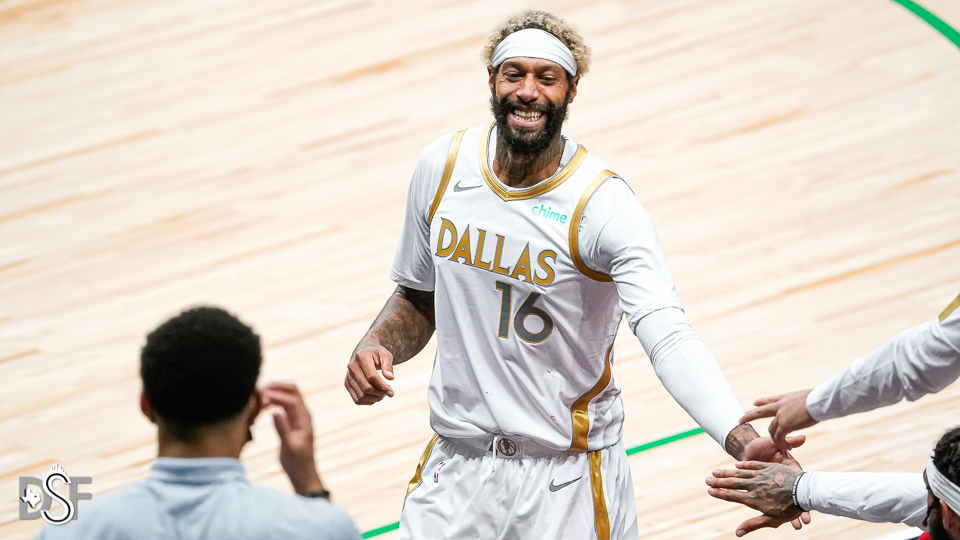 Though the Dallas Mavericks were seemed to be interested in just about every available player this week, the Mavs were dead silent in trade rumors all day long as the NBA trade deadline approached. But, in true Donnie Nelson fashion, the Mavericks struck with just four minutes remaining before the 3PM ET deadline.

Though for Redick, he underwent a ‘nonsurgical procedure‘ on his right heel to reduce inflammation and hasn’t played since March 4. Once healthy, this trade offers the Mavericks two proven shooters, specifically Redick, to help continue spreading the floor for Doncic.

In 31 games this season with New Orleans, Redick is averaging 8.7 points per game while shooting 36.4% from three on the season, though since the beginning of February, is shooting 46.4% from deep. Expect to see JJ run a lot of the same actions that Seth Curry ran last season.

Nicolo Melli has been essentially on the outside looking in of the Pelicans rotation this season, only playing 11 minutes per game in 22 games.