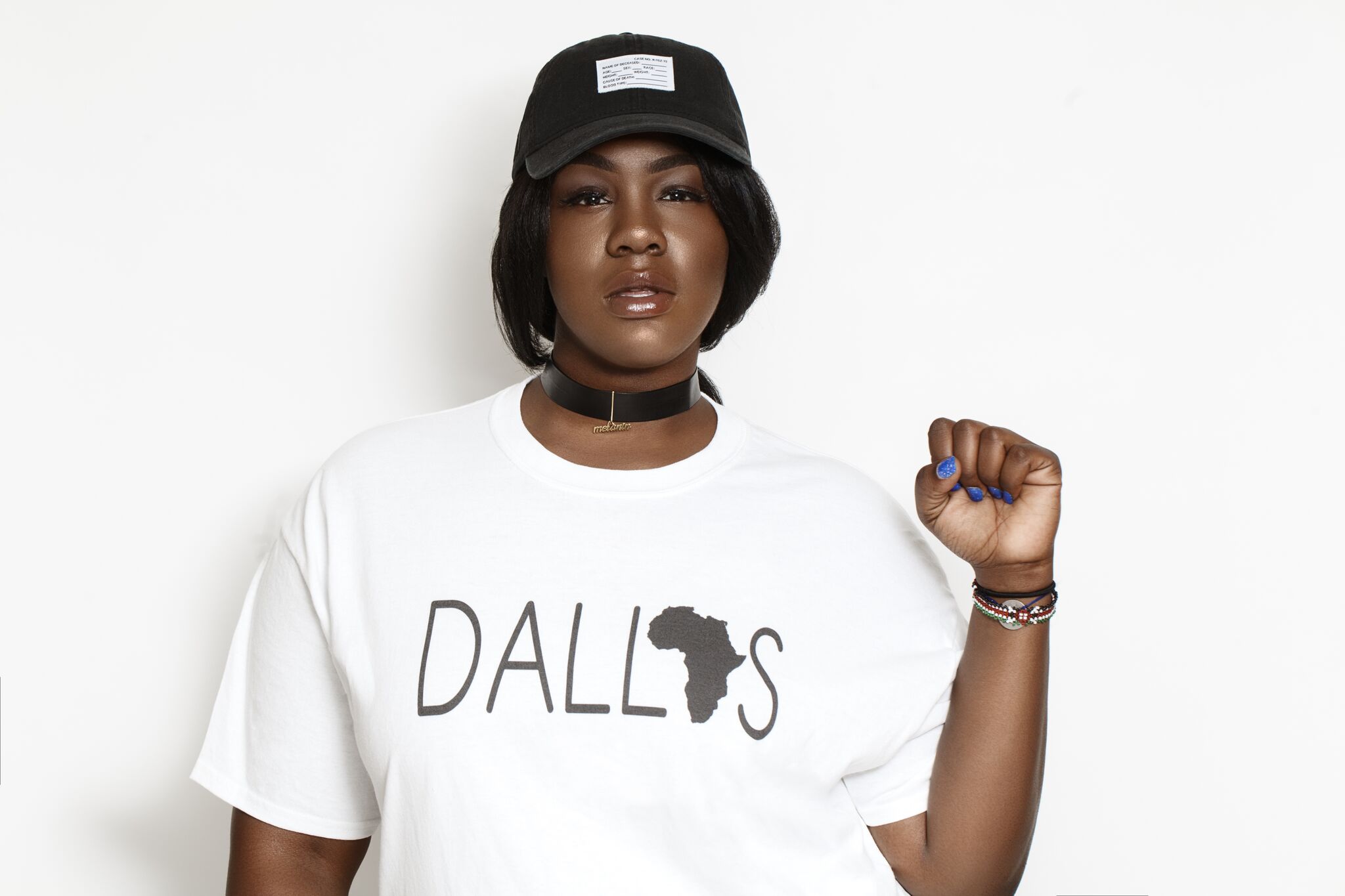 Poizon Ivy has a goals list and she checked off one more item recently.

The Dallas Mavericks’ popular in-house DJ is in South Africa this week as the official DJ of the NBA Africa Games.

“I’m super excited to be going to South Africa for the first time as part of the NBA Africa Convoy representing the Dallas Mavericks,” said Ivy. “It’s so great to see how basketball is growing, especially in East Africa. This is like super special to me because I use this platform that I’ve been given with the Mavericks to help expose African music and really help put it on the global and international platform that it deserves.”

Ivy, born Ivy Awino, said everyone from Maverick fans, dancers and staff have been great and receptive as she increases exposure of African music. “Everyone is working with me trying  to roll out this new concept so it’s fulfilling and fitting that I get to go home to Africa,” said Ivy who is from Nairobi, Kenya but says Africa “is still home.”

Also representing the Mavericks at this weekend’s NBA Africa Games is Harrison Barnes. This is the NBA’s third game in Africa. It will take place Saturday, Aug. 4 at 5:00 pm CAT at Sun Arena at Time Square in Pretoria, South Africa.

The NBA Africa Game 2018 will once again feature a Team Africa vs. Team World format. Team Africa will be composed of players born in Africa or with direct family ties to the continent, and Team World will be composed of players from the rest of the world.  The NBA Africa Game 2018 will take place following the 16th edition of Basketball Without Borders (BWB) Africa.  In honor of the centenary of Nelson Mandela, the game will be played in support of the Nelson Mandela Foundation.

As she basks in the glow of such an incredible honor as programming the NBA Africa games, Ivy recalls the personal and professional goals she set when she first started with the Mavs.

Other goals Ivy set included doing the same (as NBA Africa) with Fiba and the2020 Olympics and lastly, to get a championship ring.

So how’s she doing on achieving those goals?

“I’m starting season 3 with the Mavs this year; I worked two NBA All-Star weekends and became the first female DJ to program All-Star Sunday. And now I’m headed to South Africa as the official DJ of the NBA Africa Games.

“I hope to work more with NBA Africa and the initiative but now I get to go and cross off this bucket list here with programming the game with entirely African music,” Ivy says proudly. “And then I’ll keep working on this whole FIBA bid.

“And I’m not leaving the team until I get my ring.”