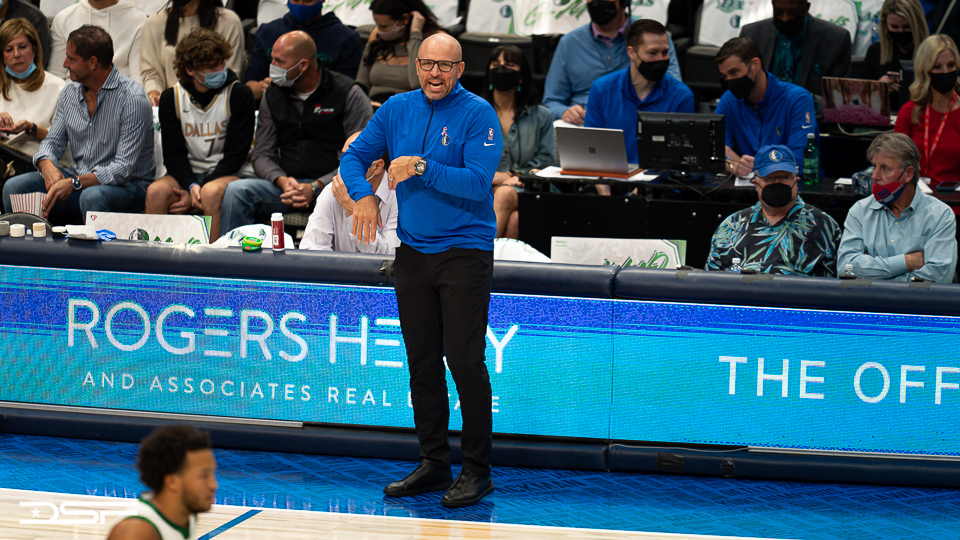 It has been about 48 hours since the Mavericks traded Kristaps Porzingis and a second round pick to the Washington Wizards in exchange for Spencer Dinwiddie and Davis Bertans. It is still hard to believe that it has actually happened, but it has and now it’s time to focus on what exactly is next for Dallas and its two new players.

The simple fact is that both players were having terrible seasons and are early on in big contracts the Wizards seemed to have immediate buyers remorse after finalizing. Dinwiddie, soon to be 29-years-old, is in the first season of a three year/$54 million deal and shot just 38% overall from the field with Washington this year. Bertans, 29, is shooting career-low 32% from deep and had fallen nearly completely out of a bad Wizards team’s rotation.

Is there reason to believe they can both turn things around in Dallas?

While Dinwiddie figures to have a slightly reduced role in Dallas compared to his 30.2 minutes a game as the featured starting guard in Washington with Bradley Beal out, he should still have plenty of opportunity to run the second unit while Jalen Brunson spends the bulk of his minutes playing alongside Luka Doncic with the starting lineup.

Bertans’ role seems to be pretty straightforward: Space the floor and knock down open three’s at the 40% clip he has managed to hit them for the entirety of his career prior to this season. If he could be a solid team defender in Dallas’ system and grab some boards, even better. Dallas just desperately needs some outside shooting and Bertans has a resume that says he should be able to provide it. Just don’t try to ignore his performance since signing a five year/$80 million deal with Washington back in 2020.

What does Mavs GM Nico Harrison about his two new players?

“I think in [Spencer] Dinwiddie, you’re going to get a scorer and a ballhandler. I think with [Dāvis] Bertāns, you’re going to get a professional that can really shoot the ball,” Harrison said after Thursday night’s win over the Clippers. “One’s more athletic than the other but you know – even Bertāns, watching a lot of film on him, like defensively, he knows how to play defense, he knows the positions, where to be – he really works on that. Some people aren’t going to have the quickest feet but if you know how to play defense, if you really try and position yourself right, you’re going to be a lot better and he does a really good job of doing that.”

Another big note from Harrison’s media availability was his emphasis on the “flexibility” this move gives the team going forward. He downplayed that just meaning financial flexibility, but it’s impossible to deny that the Mavericks had to be attracted to having two smaller annual salaries to try to move in trades going forward instead of the one salary north of $30 million Porzingis will have over each of the next two seasons. Of course neither Dinwiddie or Bertans has much of any value now, but the remaining two months of the regular season plus a potential playoff run will give the Mavericks a chance to boost the value of these players and possibly use them in a trade this offseason or beyond.

Or perhaps they’re both incredibly valuable pieces of the team for the foreseeable future? Maybe both are huge failures and sit at the end of the Mavericks bench night in and night out. Only time will tell.

While it’s ultimately up to the players themselves to hit their open shots or take advantage of the opportunities given to them, the rise or fall of Dinwiddie and Bertans in Dallas should be tied closely to Luka Doncic and Jason Kidd.

Can Luka be the kind of player who helps players find their groove again after losing it in previous situations? The evidence seems to indicate playing alongside Doncic has helped turn around the career of Tim Hardaway Jr. over the last three years and spotting up for open shots off of great passes just helped Dorian Finney-Smith earn a four year/$55 million contract extension, the way that Luka and Porzingis never quite clicked is something that’s going to be tough to swallow for a while. One would think other players around the league are watching how players fare when playing next to a ball-dominant figure like Doncic. So the wins like Hardaway and Finney-Smith will be noted just as much as the failures like Porzingis.

For Jason Kidd, the Mavericks offense has been just as much of a disappointment as the defense has been a pleasant surprise this season. Can his system survive the permanent loss of a defensive anchor like Porzingis and still work with much smaller lineups? Kidd and his staff will need to figure some things out to keep the Mavericks in their recent winning ways going forward.