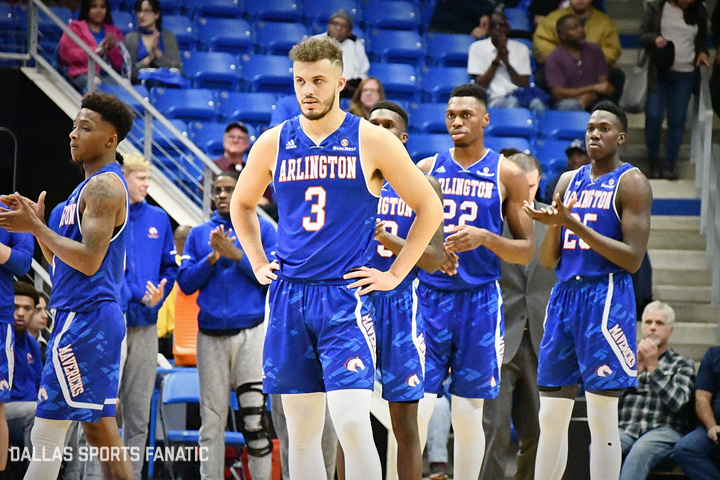 Mavericks fight for redemption in 89-77 victory against App State

Mavericks fight for redemption in 89-77 victory against App State

The UTA Mavericks redeemed themselves from last weeks losses with a 89-77 win over Appalachian State Thursday night.

The last time these two teams met was in December when the Mountaineers won 80-76 at Boone. The Mavericks now lead the series 7-2.

Erick Neal, who was feeling under the weather, led the Mavericks to a comeback victory with a total of 38 points and six assists, a new career high in scoring for the senior forward.

What was Neal’s motivation throughout this comeback win? Simply put, he didn’t want to lose.

Neal went head-to-head with App State guard Ronshad Shabazz for the majority of the night. Although Neal is a small defender his speed was a strong advantage during tonight’s matchup, he says.

Nathan Hawkins was also a huge factor for the Mavericks tonight with an explosive performance racking him up 19 points.

“Nate played big time, that’s what we need him to do every single game,” said Neal. “If he’s doing that then we’re definitely going to win every game. He was outstanding”

During the first half, starting guard Kaelon Wilson suffered an upper-body injury and did not participate the remainder of the game. Coach Cross confirmed Wilson was taken to the hospital to be evaluated, but the training staff is hopeful it is a minor injury. Updates on Wilson are still pending.

The Mavericks improve their record to 14-10, 5-6 Sun Belt Conference and hope to keep the momentum going as they prepare for Coastal Carolina on Saturday.