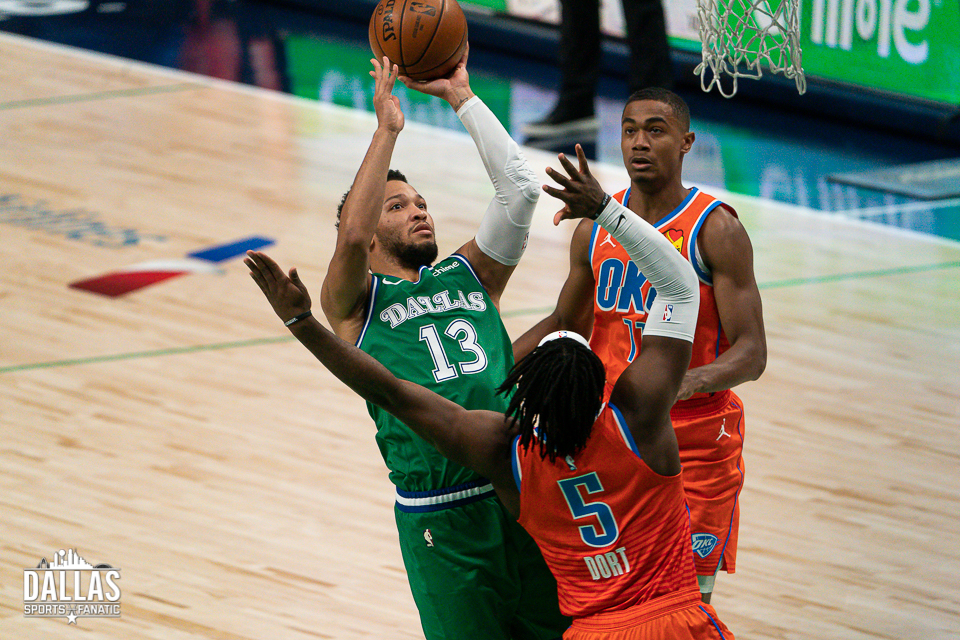 The Mavericks entered Wednesday night’s game against the Oklahoma City Thunder hoping to finish off the pre-All Star break portion of their schedule with a win. They had to try to pull off this feat without their own All Star Luka Doncic, who missed the game with lower back tightness. While it wasn’t always pretty, Dallas was able to slide past the young and pesky Thunder with a jfek win.

Three point shooting all but gone for one night
The three point shooting issues that plagued the Mavericks in January had more or less faded away in February, but they reared their ugly head again on Wednesday night. Dallas shot just 8-40 from beyond the arc (20%) and they really had to work hard in the second half to even get their shooting percentage up to that high.

Luckily, the Thunder didn’t fare much better from deep as they shot just 9-39 on the night from beyond the three point line.

Kristaps Porzingis (3-6) and Tim Hardaway Jr. (2-7) were the only Mavericks to make multiple three point shot attempts on the night.

Great defensive performance or just a sleepy game heading into a break?
Neither coaching staff is going to be super excited going over the film for this game as simply both teams played very uninspired basketball for the most of the night. A lot of open shots were missed. Both teams had double digit turnover totals. The Thunder still have to travel down to San Antonio tonight to finish up their first half of the season with a game tomorrow. Lots of strange factors contributing to this being a very forgettable Wednesday night game.

OKC’s 78 points is the fewest a Mavs opponent has scored since the Magic scored just 76 in a blowout loss in Dallas back in December 2018. In case you were wondering, a rookie Luka Doncic scored just 7 points on 2-11 shooting. If only we knew what was to come.

Plain and simply, they picked up a needed win
The Mavericks now head into the break with an 18-16 record. While that’s not sexy at all, it’s pretty great considering they were 9-14 after getting their asses kicked on their home floor by the Golden State Warriors, 147-116, back on February 4th. They’ve now won 9 out of their last 11 games to get where they are now and the hot streak could not have come at a better time.

There have been several wins similar to the game tonight throughout their improved play over the last month — not as big of a win as you’d like, ugly numbers — but it ultimately doesn’t matter in the slightest in the rugged Western Conference playoff race.

Just win, baby. The Mavericks have been doing that for the past month. Hopefully it can continue when they kick off the second half of their schedule next Wednesday at home against the San Antonio Spurs.