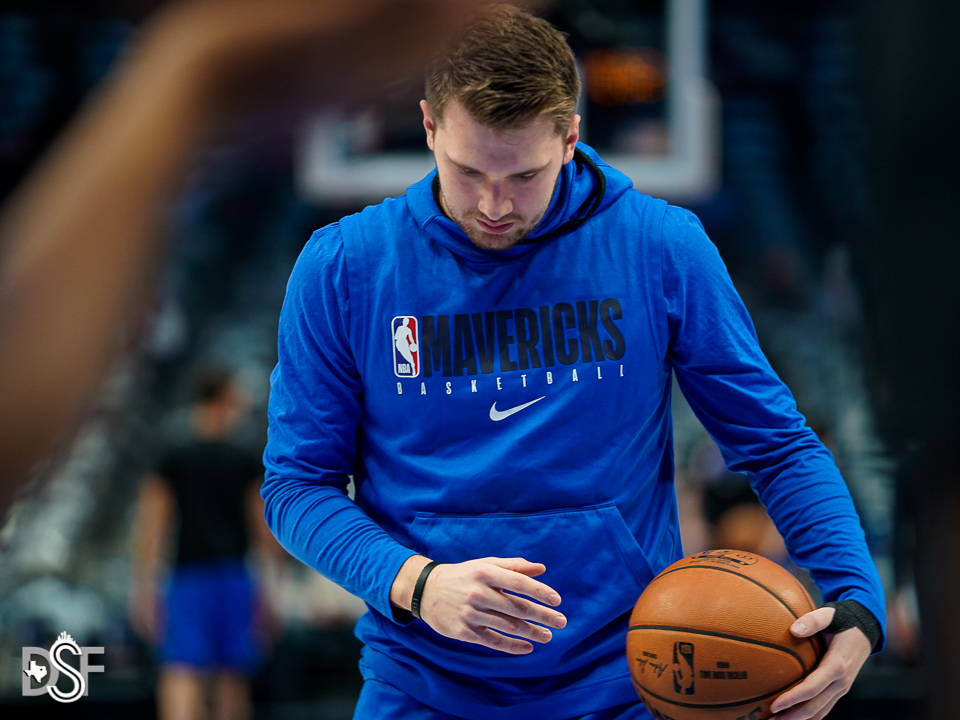 The Mavericks were able to go into Milwaukee and take down Giannis Antetokounmpo and the Bucks twice in three days to open their preseason. Monday’s 128-112 win saw the Mavericks look more like the dominating offensive team they were last year but also more of the hard-working defensive team they desperately want to become this season.

What was most impressive about this win was that it didn’t even really seem like a preseason game until the final five or so minutes of the fourth quarter when the Mavs had a double digits lead and the benches emptied. The Bucks big three of Giannis, Khris Middleton and the newly-acquired Jrue Holiday all played between 27-30 minutes and Luka Doncic and Josh Richardson each logged 29 minutes for Dallas. With the short preseason, coaches aren’t wasting anytime getting their players in shape for what will be one of the most challenging seasons to date.

Monday’s game saw the Mavericks starters take a big step in the right direction following their so-so output in limited first half minutes on Saturday. The Luka/Richardson/Dwight Powell/Dorian Finney-Smith/ Tim Hardaway Jr. quintet played the majority of the first quarter and helped Dallas get out to a 32-28 lead after one. The Bucks certainly had the edge in the second quarter as they entered halftime with a 69-59 lead, but Dallas just dominated the second half with a 69-43 edge.

Better glimpse of the Luka we’re accustomed to seeing
Doncic played just 16 minutes on Saturday night and he did not look like himself in that small sample size. He lacked any sort of real burst of speed, he seemed to be a bit unfamiliar with the touch he typically has when trying to score in the paint, and he even seemed like he needed to take an occasional offensive possession off to catch his breath by standing in either of the corners of the court. While Monday wasn’t necessarily an MVP-caliber performance, it was certainly a little more of what we’re familiar with. After the game, Doncic admitted he’s possibly not in prime physical condition with a smile on his face. “It’s true, I’m not in my best shape, (but) I will get there, for sure. But I’ve never been a muscular guy, you know? What can I say?”

When it came to his thoughts on progressing towards regular season form, he expressed optimism. “I felt way better today. I think the whole team felt way better. We’re obviously still not there, we’ll need more time, but I think that (the win) was a big step and we’re looking forward to the start of the season.

On Monday night he scored 27 points and grabbed 8 rebounds in 29 minutes and certainly had flashes of the dominance we all know he’s capable of on any given night. With just over a week until the regular season tips off in Phoenix, it was good to see that this version of Doncic is ready to show up already. With Kristaps Porzingis out of the lineup until sometime in January, Dallas will need Doncic on his A-game every single night during the first several weeks of the season as they hope to stay afloat in the ulta-competitive Western Conference.

Josh Richardson ready to prove he’s exactly what this team needed
You’ve heard it and read it in plenty of other places by now: Josh Richardson took a step back in Philadelphia last season because of the tough offensive fit it was for him and the entire team in general. He even confirmed it himself tonight.

Josh Richardson on his fit: “People can say what they want about my year in Philly, but that was a tough situation for me. I think I fit well here.”

It’s one thing to say that the fit was tough somewhere else and you’ll do better in the new place, but it’s a whole other thing to actually go out and do that. While it was only preseason game number two, it sure was awesome to see Josh Richardson go off for 23 points on 5-6 shooting from beyond the arc. He consistently found himself in the right spot on the perimeter and Luka or another willing passer found him for an open three. His ability to also grab seven rebounds is another part of his game that will make him fit like the desperately needed glove that he is here in Dallas.

Richardson made it clear he’s enjoying playing next to the 2019-2020 first team All-NBA’er so far. “What are you really going to say about him on offense,” he said postgame with a shrug and a smile. “He kind of makes the game easy.”

The Mavericks will wrap up the preseason at home against the Minnesota Timberwolves on Thursday night at 7:30.