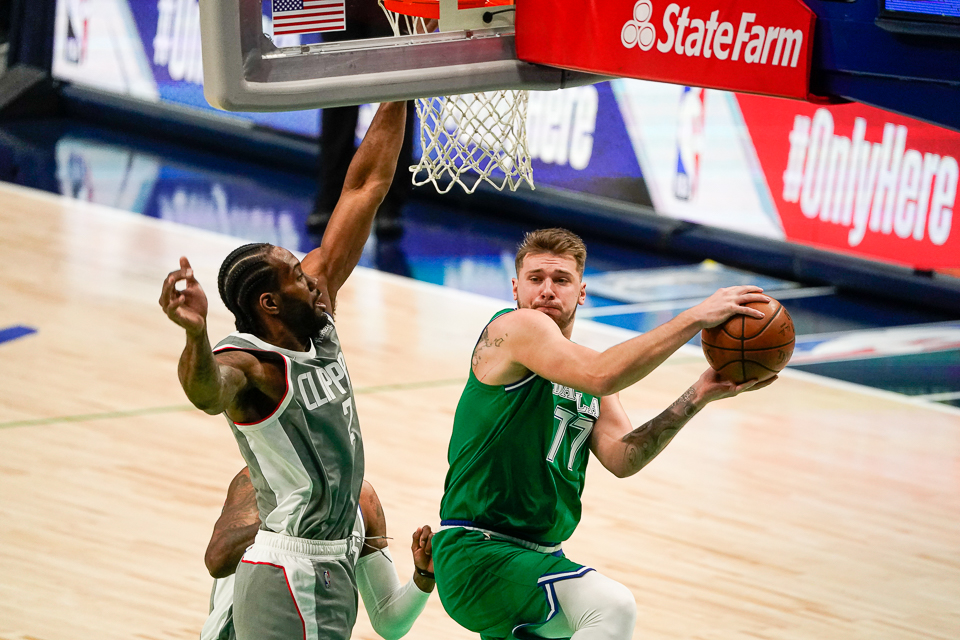 Talk about a Game 1.

That’s how you start a playoff series.

The Dallas Mavericks outlasted the Los Angeles Clippers, 113-103, ad the Mavericks took a 1-0 lead in the first round series.

The Mavericks were led by Luka Doncic, who notched yet another playoff triple-double in his young career, finishing the game with 31 points, 10 rebounds, and 11 assists while hitting 5-of-11 from downtown.

Luka had control of this game from the jump; it’s that simple. He got to his spots whenever and wherever he wanted while continuously taking advantage of switches from the Clippers, putting their big men on an island. He was simply the best player on the floor the entire game.

Alongside Luka, was the sharpshooting from Tim Hardaway Jr. and Dorian Finney-Smith, who combined for nine made 3-pointers on the night. THJ finished with 21 points on 8-of-13 from the floor and 5-of-9 from deep. Finney-Smith scored a playoff career-high 18 points on 7-of-9 shooting and 4-of-5 from downtown along with five rebounds and the task of guarding Paul George for the majority of the night, who shot just 8-of-18 from the floor and 2-of-8 from three.

Kristaps Porzingis struggled in Game 1, scoring just 14 points on 4-of-13 shooting. KP had trouble finding his footing offensively with Kawhi Leonard defending him for a good portion of the game, who led the Clippers in scoring with 26 points, 10 rebounds, 5 assists, and 4 steals.

Down the stretch of the fourth with the game on the line, it came down to which star could create offense more efficiently out of the double team — Luka or Kawhi. It was Luka, who scored only one fourth quarter point, who was able to put the ball in the hands of shotmakers like Hardaway Jr. and Finney-Smith while Kawhi’s teammates failed to hit shots.

The Mavericks will look to build on their series lead in Game 2 on Tuesday in Los Angeles. Tip-off is 9:30PM on NBATV.