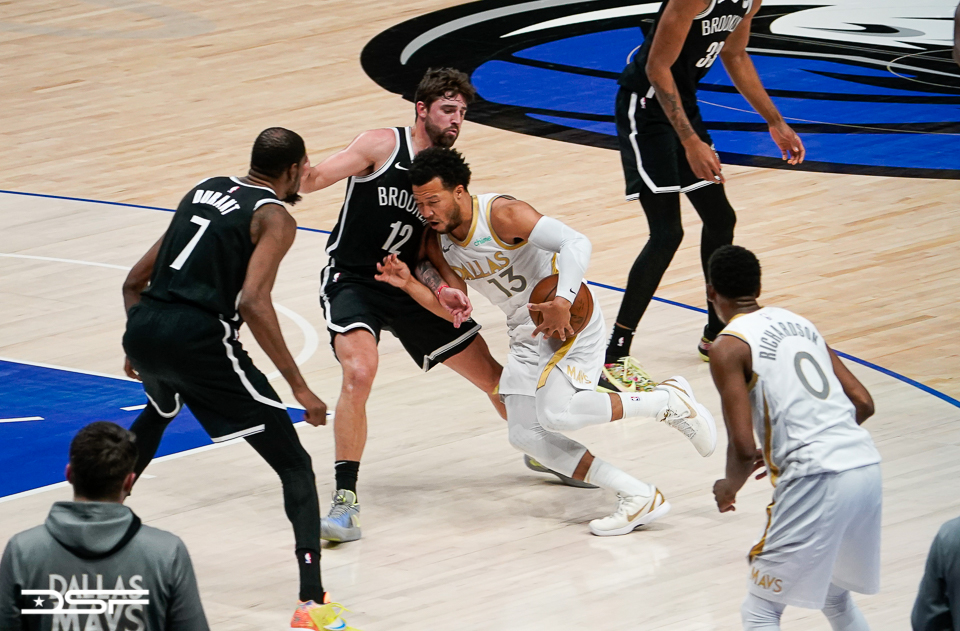 Nothing has been particularly fun or easy about the first eight games of the season for the Mavericks. Wednesday night in San Antonio was no different as Dallas squeezed out a 109-108 win over the young Spurs to improve to 5-3 on the season.

On the second night of a back-to-back, Luka Doncic had seemingly very little left in his legs for the second half and the Mavericks needed someone to turn to for the big buckets down the stretch. Luka’s fellow 2018 draftee was there to pick up the slack.

Jalen Brunson scored 13 of his game-high 31 points in the fourth quarter to help seal things up for the Mavs. The vibes weren’t exactly immaculate, but the scoring by JB surely was on Tuesday night.

Brunson has seemingly taken a major step forward for Dallas so far this season and it’s of course coming when he’s eligible to sign an extension to stay here long term or he can test the free agency waters next summer. Perhaps the level of confidence a teammate like Luka Doncic has in Brunson will nudge him towards staying.

It is worth noting that Brunson would be ineligible to be traded for the rest of the season if he were to sign an extension in the next few months.

After another night without Kristaps Porzingis and poor shooting from Luka Doncic (10-25 overall and 3-12 from deep), Brunson’s scoring explosion couldn’t have come at a better time. The close win for Dallas ends a stretch of five games in seven nights. They will thankfully travel back to Dallas tonight and have two full games in between games for the first time since October 24th-25th and then take on the struggling Boston Celtics at the American Airlines Center on Saturday.