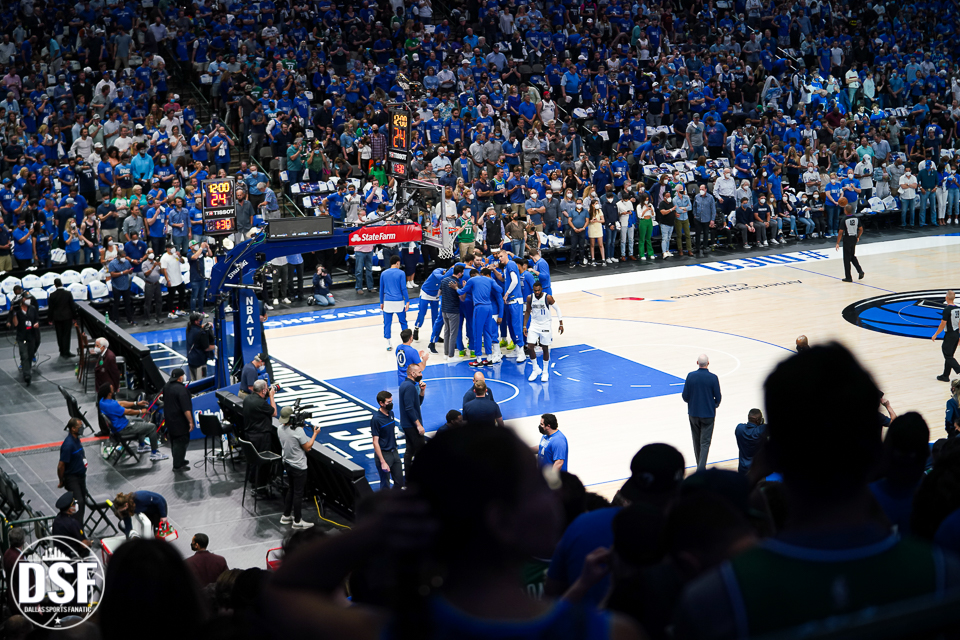 It goes without saying that the results of the Mavericks’ chance to close out the Los Angeles Clippers in Dallas on Friday night were disappointing.

This best-of-seven playoff series will now go to a deciding game seven on Sunday afternoon in Los Angeles. This series has now become historic by being the first ever in playoff history where the road team has won the first six games. Advantage Dallas with them being the road team on Sunday? Perhaps, perhaps not.

Despite the tough result, the team had the right outlook after the game and certainly appears to be ready for the challenge on Sunday afternoon.

“We are still motivated,” a frustrated Luka Doncic said as he addressed the media still in his uniform on Friday night. “There is still one game left. I don’t know why we shouldn’t believe in it. There is one more game, so we all believe.”

Does it matter to Doncic where the game might be played or how a home team has done in this series? Not at all.

“It is Game 7. It doesn’t matter where you are. You have to leave everything on the court.”

Rick Carlisle has coached just one game seven during his now 13 years since being hired as coach of the Mavericks – a 119-96 blowout loss on the road against the Spurs back in 2014. He’s aware of the shortage of experience that will be on his side in game seven.

“It’s going to be a great opportunity for our team. I don’t know if any of the guys in our locker room other than maybe [JJ] Redick have been in a Game 7. We’ll be excited and we’ll be ready.”

Guard Tim Hardaway Jr. has surely been told a thing or two about how exciting game sevens are by his dad and he even played in the NCAA championship game with Michigan back in 2013, so he’s well aware of the drama soon to unfold.

“This is what we live for, man. Being a basketball player, you live to get to these moments [and] to play in Game 7 in the playoffs on the road. I have never done it before and it’s only my first time, but just being able to watch those games, and seeing my Pops be in a couple of them throughout his career, it’s something big. It’s something exciting, something we  ream of. We are gonna get our rest and get ready to go and be ready to go into a hostile environment.”

While the Staples Center crowd has seemed to be anything but a “hostile” place to play, it wouldn’t be surprising for them to find a way to sell more tickets for tomorrow’s game seven than they have throughout their first three home games in this series while still navigating California’s health and safety guidelines for big crowds.

The Mavericks have had multiple opportunities to full on seize control of this series with a 2-0 and 3-2 leads. Now they’ll have to take on one of the ultimate challenges in team sports: a game seven on the road.

While they might be feeling a bit differently internally, the Mavericks are certainly saying the right things about taking on a game seven on the road. Sunday at 2:30 can’t get here soon enough.