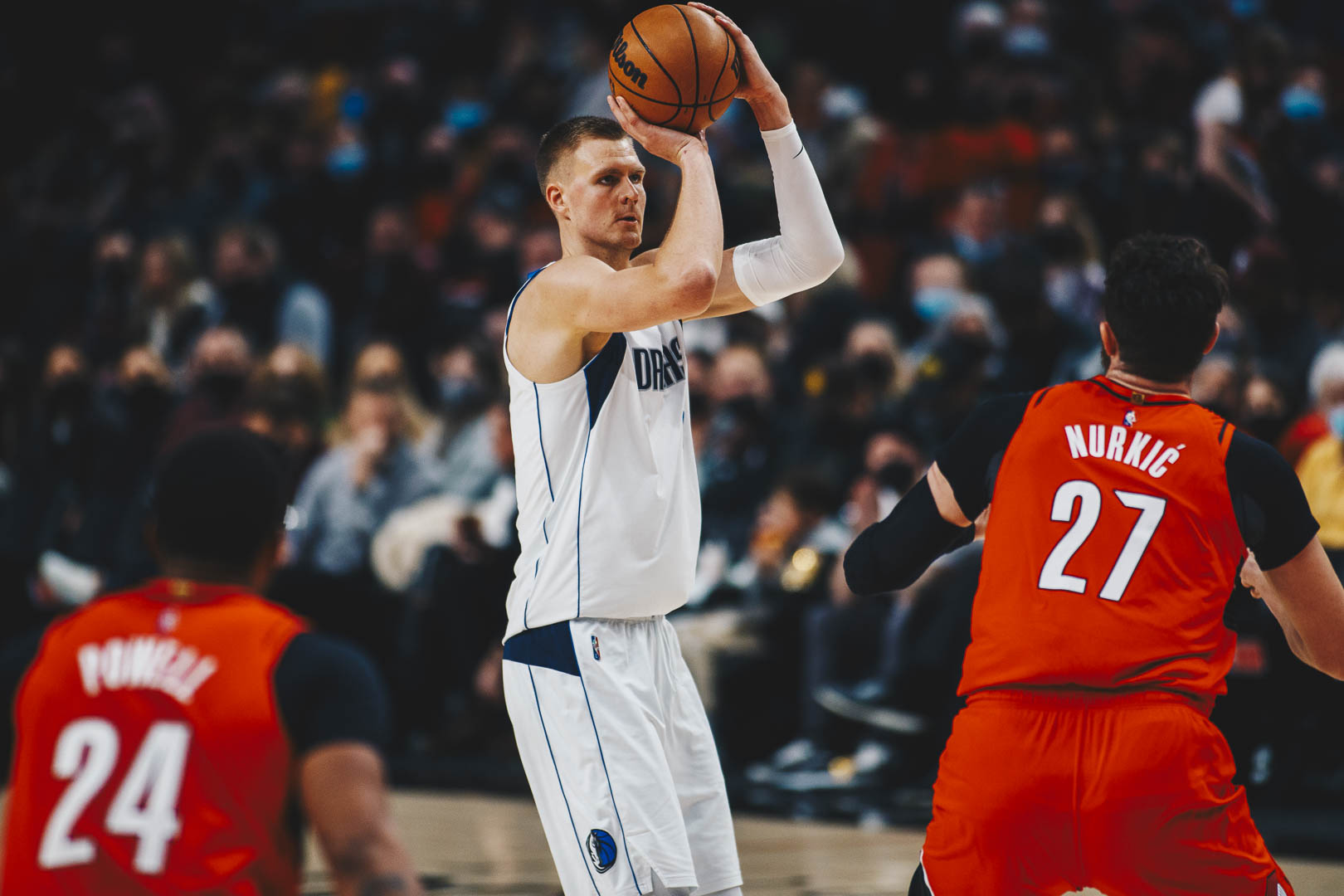 Mavericks send Porzingis to the Wizards in shocking deadline deal

Mavericks send Porzingis to the Wizards in shocking deadline deal

The Mavericks put an exclamation point on the NBA’s trade deadline on Thursday with a deal that shocked everyone in the NBA universe.

Dallas has spent this entire deadline day trying to find a home for Porzingis' considerable contract, league sources say, and they have struck a deal with the Wizards to send the oft-injured big man to Washington for Spencer Dinwiddie and Davis Bertans. https://t.co/m0WUa52K4A

It had been speculated often over the last year or so that it would be nearly impossible for the Mavs to be able to move the massive contract of Kristaps Porzingis in a trade. They were able to do it Thursday, but the return is not one that immediately causes fans to leap for joy.

Spencer Dinwiddie signed a three year/$54 million deal with the Washington Wizards last summer and Davis Bertans signed a five year/$80 million deal with Washington the previous offseason. The 2021-2022 season has quickly turned in a negative direction for the Wizards after a surprisingly positive start to the year. Star guard Bradley Beal is out for the season after deciding to undergo season-ending surgery on his wrist this week and the team made a couple of other seller deals on Thursday. Things haven’t been going well in Washington in a few months and neither Dinwiddie or Bertans have helped that with the pair shooting 31% and 32% from deep so far this season.

Even though Porzingis was shooting 28% from three this season at a high volume, it doesn’t really seem like this deal helps Dallas’ need to improve its perimeter shooting in the short term? What about the paint protection that Porzingis was providing with his defense this season? How is that going to be addressed?

The more this deal is talked about, the more it seems like the biggest motivation for the Mavericks was to clear up some things on the money front. While the combined salaries of Dinwiddie and Bertans are essentially a wash with Porzingis’s over the next couple of seasons, it is undeniably easier to move an $18 million or $16 million salary than the $34 million KP was set to make next season.

How does this deal affect the Mavericks in the short term? That will remain to be seen starting with tonight’s game against the Clippers at the American Airlines Center.