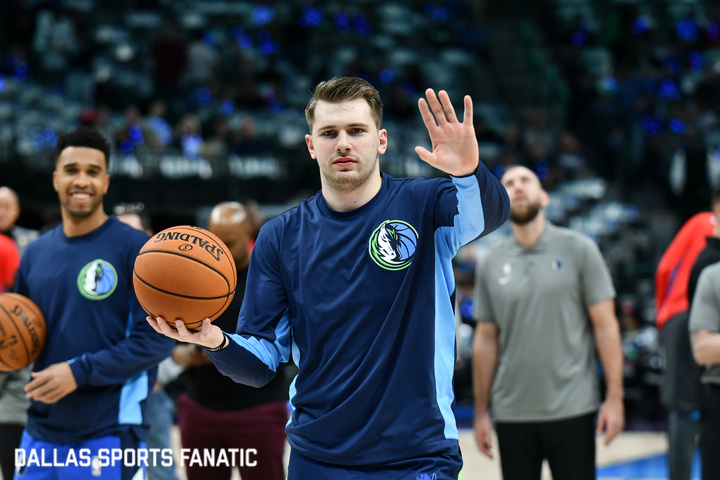 The Dallas Mavericks took on former teammate Harrison Barnes and the Sacramento Kings on Tuesday afternoon. Dallas looked to avoid starting 0-3 in the NBA bubble after two clutch game losses to the Houston Rockets and Phoenix Suns. The Kings entered the game far out of the playoff picture and had also lost both of their games as well.

The Mavs announced the starters would be Luka Dončić, Kristaps Porzingis, Dorian Finney-Smith, Tim Hardaway Jr., and Trey Burke. However, Carlisle pulled Burke last minute for long-time Mavs veteran JJ Barea. Barea’s insertion did not help Dallas start the game off very well. Coach Rick Carlisle was forced to take a timeout two minutes into the game with the Mavs trailing 13-4. Throughout the quarter King’s guard De’Aaron Fox easily found ways to exploit Dallas seemingly non-existent defense as he finished the quarter with 10 points and a couple assists. Buddy Hield and Kent Bazemore also made an appearance with a couple threes of their own. Despite the Kings shooting 9 for 15 from three in the first, Dallas managed to keep it within punching distance to end the quarter at 37-27. Luka Dončić carried Dallas with 12 points while KP chipped in 6.

The King’s three point luck dried up in the second quarter and so did their ten point lead. Sacramento shot nine threes in the second quarter and missed all of them. As their missed threes banged off the rim, Dallas found ways to methodically trim the lead throughout the quarter. The Mavericks quickly pushed the ball up the floor to attack inside and fed KP whenever he was fronting his man. This approach lead to the team shooting 13 free throws to the Kings 4. Dallas shot 12 of 13 from the charity stripe, including 7 of 8 from KP – who otherwise struggled shooting. Dallas was able to trim the lead going into half to 60-56. Luka and KP had 18 and 14 respectively while THJ chipped in 11.

The Mavericks third quarter was similar to their second. Dallas did not shoot particularly well in the quarter, but they distributed their shot selection an appropriate amount between inside the lane and outside of the three point line. By going inside and getting to the free throw line Dallas went on a 9-0 run and was able to trim down the Kings 10 point early-third quarter lead to 2. But the Kings found their three point shot and managed to push their lead back up to seven at the end of the third, 82-75. The Mavs only made one of eleven threes in the third, the one make courtesy of Luka.

The Kings opened the last frame by pushing their lead back to 10 with what felt like a back-breaking three from Nemanja Bjelica. But the Mavs kept chipping away despite shooting terribly from three. With 5 minutes to go Dallas found themselves in yet another clutch game. Trailing 95-89, Luka Dončić set up both Kristaps Porzingis and Tim Hardaway Jr on consecutive trips down the floor. The buckets brought the score to 95-94 before Maxi Kleber tied it by splitting free throws with two minutes left. Both teams failed to score, resulting int he Mavs second overtime game in the bubble.

The Kings struck first and pushed their lead to 3 with 3:30 left in OT. The Mavs then used a 10-0 run to finally shut the door on the Kings, and hopefully their clutch woes, with scores from Luka, Maxi, THJ, and Dorian Finney-Smith. Trey Burke iced the game by making both of his free throws, helping Dallas win 114-110.

MVP: Luka Dončić: 34 points, 20 rebounds, 12 assists. Luka joins Dirk Nowitzki and Sam Perkins as the only Mavs with 30 points and 20 rebounds in a game.

Best Team Stat: Free Throws: 39-50, 78%. Making up missed shots at the free throw line kept them in this game.

Worst Team Stat: Threes: 9-41, 22%. Too many, too often – especially when we were making our free throws today and getting inside was working.