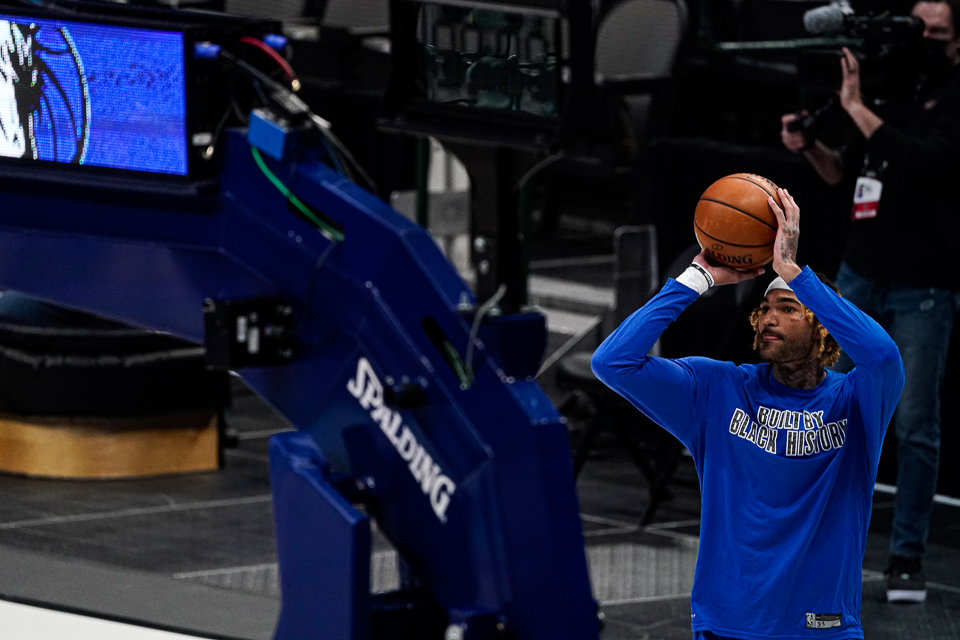 The Mavericks were able to wn their first two games without big man Kristaps Porzingis this week, but no such luck on Thursday night as the East-leading Philadelphia 76ers handled Dallas with relative ease during a 111-97 win.

Too much of “The Process”
While the Mavs have their own MVP candidate in Luka Doncic, they got a full on spoonful of current frontrunner Joel Embiid shoved down their throat tonight. Embiid struggled efficiency-wise, shooting just 5-20 from the floor, but their questionable frontcourt rotation was simply no match for the physical presence that the big man brings to the table. Philadelphia was consistently able to dump it in to Embiid and he was able to go to work and draw a foul. The most important part was the ability to take advantage of the free throw line as he shot 11-12 from the line.

Even if Porzingis was available, the Mavericks don’t have a both mobile and strong big man in their rotation with the defensive skillset needed to handle the 280 pound frame of Embiid. Honestly, there really might not be any team in the league that does, seeing that Philadelphia currently has a 22-11 record in the big man’s best season as a pro so far.

The rest of the team is pretty good too, huh?
The Sixers are a great team really from top to bottom. With their two stars in Embiid and Ben Simmons leading the way, the rest of their roster is filled with sharp-shooting, flexible role players who serve all the other roles needed to make a team really tick. The Mavericks certainly got to experience that firsthand tonight.

Even on a night when their third banana Tobias Harris played just 22 minutes after leaving early due to a knee bruise, the Sixers’ depth was on full display with Seth Curry, Dwight Howard and Shake Milton all scoring in double digits.

This is clearly a team built well enough to have a very strong regular season. They’ll now have to prove to themselves and the rest of the league they’ll be capable of making the postseason jump that the Embiid/Simmons duo has never been able to make before.

Luckily the Mavericks won’t have to face them in the Western Conference playoffs.

Dallas will continue their East coast trip with a showdown against the red-hot Brooklyn Nets on Saturday night.