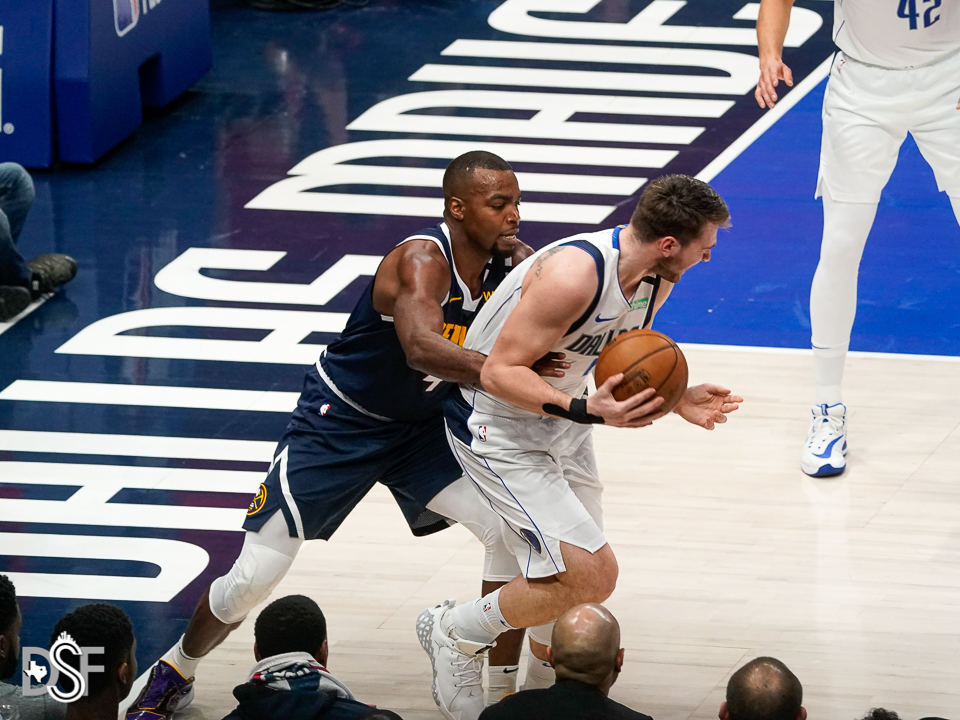 The Mavericks will play their 17th game of the season on Monday night when they host the Denver Nuggets. The season is over a month old and it is yet to feel anything close to normal. They played their first nine games without Kristaps Porzingis. They’ve played their last eight games without many of their most important rotation players. They’ve played just four games at home compared to twelve on the road. It’s all been tough, but at some point, you have to get up off the mat and make something happen.

They’ve been able to do that every time they’ve needed to in order to avoid digging themselves a major hole during the first month of the season. On January 1st, they sat at 1-3 and beat the defending Eastern Conference champion Miami Heat at home to avoid a 1-4 record. A few days later they entered a road game against the still James Harden-led Houston Rockets at 2-4 and managed to pull off a win there to avoid falling to 2-4. Last Wednesday’s win in Indiana got the team back to .500 at 7-7 and halted a three-game losing-streak. They enter tonight’s game at 8-8 and now have a stretch of schedule with eight consecutive games against teams with records currently at .500 or better on the young season.

It’s time to find their groove before they’re simply chasing the .500 mark for the next couple of months.

Health questions
According to the game notes that Mavs PR sent out at 5 PM on Sunday evening, the quartet of Maxi Kleber, Josh Richardson, Dwight Powell and Dorian Finney-Smith will all still be out due to health/safety protocols. Despite being on the Mavericks sideline on Saturday night and posting about working on his post-COVID conditioning on his Instagram on Sunday morning, it would seem like Josh Richardson is still one more night away from his return.

Kristaps Porzingis should be back in the lineup after missing Saturday’s loss to the Rockets as the team cautiously works him back from offseason knee surgery.

For the Nuggets, only two-way player Gregg Whittington is listed on their injury report. He is out for tonight’s game.

Nuggets building momentum
When the Mavericks beat the Nuggets in overtime on Thursday, January 7th, it dropped the Nuggets to 3-5 on the season. Following a trip to the Western Conference Finals last season, that certainly wasn’t the most encouraging of starts. They’ve managed to turn things around since, as they’ve gone 6-2 in their last eight games and have won three straight coming into tonight’s contest.

The Mavericks defense that has certainly come back to Earth following all of their injuries will be tasked with slowing down the fourth ranked overall Nuggets offense. Their numbers suggest that they’re about an average team from deep this season, but they are a top five team in points in the paint for the season at 51.4 per game, but are all the way up to 61.3 during their current three game winning streak.

After the way DeMarcus Cousins had a field day with the Mavericks interior defense on Saturday night, Dallas better hope that Kristaps Porzingis’ presence in the paint solves a lot of those problems. Porzingis only played in one of Dallas’ three regular season games against the Nuggets in 2019-2020, and was only the fourth game of the season when he was still very far from the prime condition we would see him eventually get to in the second half of regular season as he worked his way back into NBA action following his ACL injury.

Mavs-Nuggets is set for a 7:30 tip-off tonight. Catch our “Home Court” postgame show on our Instagram account, @dallas_fanatic, right after the final buzzer sounds.