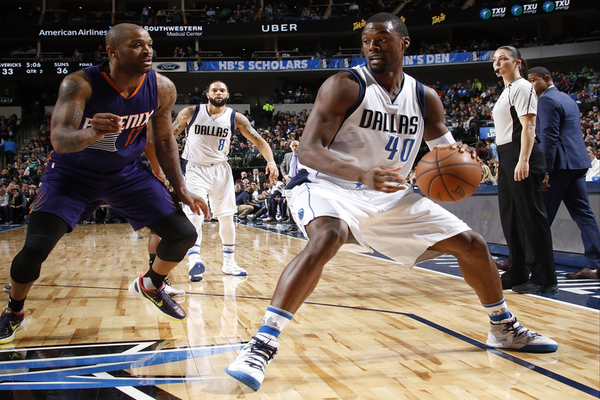 Mavericks Vs. Suns – Battle Of The Bottom In Mexico

Mavericks Vs. Suns – Battle Of The Bottom In Mexico

The Dallas Mavericks are in Mexico City, Mexico preparing for their Thursday night contest against the Phoenix Suns. According to the Mavericks (11-27) Facebook page, this is only the second time Dallas has played a regular-season game outside of the U.S. or Canada in franchise history. So, their social team decided to make a video to pump up all of you MFFL’s.

Mavs are now in Mexico City, MEX as they prepare to take on the Suns! In order for us to get pumped, we created this video for you MFFL's! pic.twitter.com/2nE2FTpuKa

The Mavericks are currently on a three-game losing streak during — what I thought to be — a soft schedule. Their last game was against the Minnesota Timberwolves where they fell 101-92. I would love to breakdown more of the game to you but I’m probably the most salty Mavs fan you will ever come across when they lose, so let’s move on….

Included in one of those three losses is a 102-95 embarrassing loss to….. the Suns (12-26). Even though five Mavericks scored in double-figures, it wasn’t enough as Eric Bledsoe caught fire late, totaling 26 points while Devin Booker contributed 22.

Just yesterday (seems like it) these two teams were a force to be reckoned with in the Western Conference. In 2010, the Suns made it to the Western Conference Finals and in 2011 the Mavericks won the WHOLE DAMN THING. Now, they have become a joke on SportsCenter and a punching bad for teams around the league.

I said this in my previous preview, if the Mavericks want to win they need to stop Bledsoe and Booker from scoring 20-plus points a piece. If these two combine again for 40-50 points the Mavericks will make it four losses in a row. To be honest, I might go on one of the worst Twitter tirades (@TrevorPeele) if they lose to the Suns again. With Dirk Nowitzki, Wesley Matthews and Harrison Barnes on this team, there is no excuse for us to be this embarrassing.