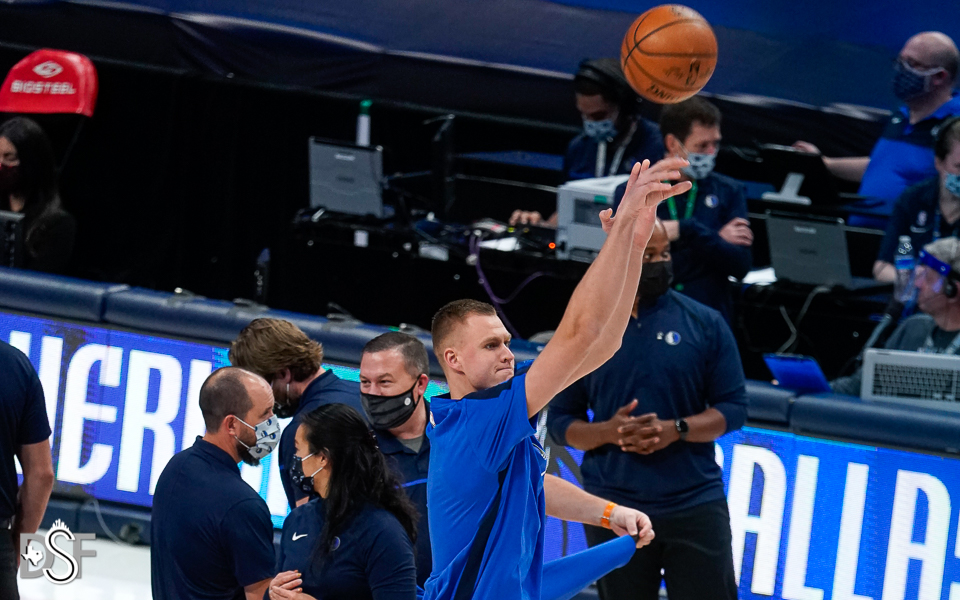 Mavericks visit the Pacers as both teams fight through major injuries

Mavericks visit the Pacers as both teams fight through major injuries

Will the team finally catch a break?

Its not a stretch to say the Mavericks have had the most challenging January set of any team in the league.

They’ve been without KP for 9 of their first 14 games. He’s played the last couple games, but clearly isn’t the fully-optimized KP we’ve come to know. Sprinkle in a COVID outbreak affecting key rotation players and a difficult, road-heavy schedule and you get a 6-7 start.

Basically, this team needs a break. And for the first time, they might be facing a team whose injury report mirrors their own. Nobody over here or with the Mavericks is hoping for the opposing team to be injured, but they will take wins however they come.

And Indiana being without terrific wings Caris Lavert & TJ Warren as well as DPOY candidate Myles Turner possibly sitting out makes those prospects much better.

The Pacers aren’t going to roll over. They’re a tough, hard-nosed team in their own right. Dallas will have to bring it, but for the first time in awhile, it finally feels like a level playing field.

Can this team finally start to make threes?

Last year, the Mavericks were one of the most prolific long-range shooting teams in basketball.

We know they needed to improve defensively, so they made a calculated choice to trade some of that shooting in for defense. A drop off on offense was expected, but not so much so that they couldn’t manage.

Well, so far, not so good.  The Mavericks have fallen from 10th in three-point percentage (36.7%) to 25th (33.7%) in the span of one offseason. The teams play-by-play man Mark Followill shared yesterday that the team is shooting only 30% on corner threes this year. Both figures are putrid and need to change. Especially on a team with a creator like Luka Doncic.

Its early and there could be some positive regression coming. And as we alluded to earlier, several key guys have been missing. But this is something that needs to start trending in the right direction and rather quickly.

How will Luka respond?

Luka is coming off a 15 point, 9 assist, 7 rebound showing against the Raptors while only taking 11 shots. He really didn’t play *that*poorly, but all of those numbers are low for him.

Toronto’s aggressive box-and-1 defense really minimized his impact as a scorer. Luka routinely made the right play in drawing several defenders in and kicking out to open players, but nobody was capitalizing, resulting in a 93 point dud.

This was fresh off Luka referring to himself as “selfish” following his monster day against the Bulls. Consider the fact that Luka only took 11 field goals against Toronto and it makes you wonder if he’s thinking too much. It could just be the Raptors “anybody but Luka” defense, either way, the Mavericks need Luka to be the instinctive player we’ve come to know and love. Look for him to get back to that on Wednesday.