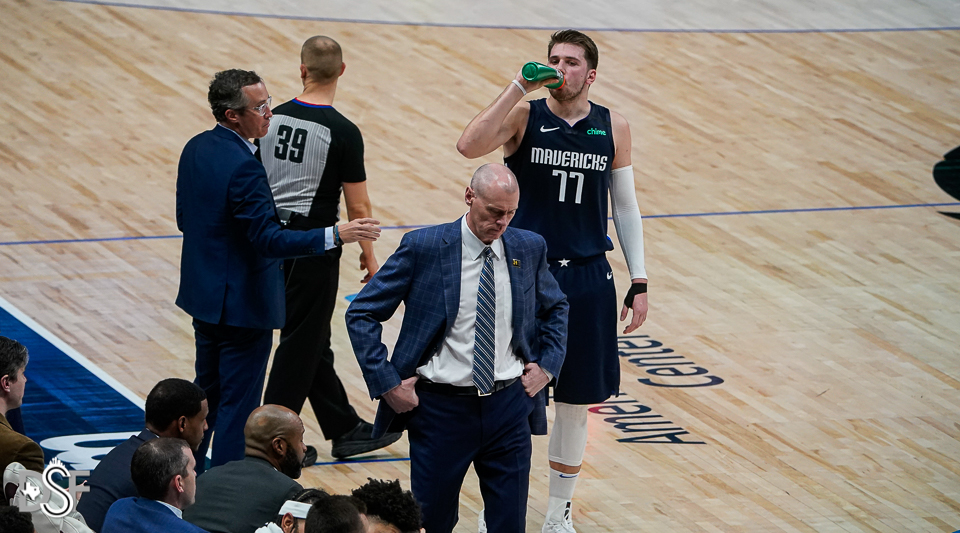 The ol Mavs-Spurs rivalry sure looks a little different nowadays, huh? Sure, no Dirk vs Timmy D but what I’m really alluding to is that it’s the Spurs, not the Mavericks, that find themselves out of the playoff race, something that San Antonio hasn’t missed since 96-97, right before they drafted Tim Duncan.

Dallas is 3-0 against the Spurs this season, meaning they can sweep the season series with San Antonio for the first time in franchise history.

Following last night’s loss to the Pacers, the Mavs find themselves a full game behind the Rockets for 6th in the West and 1.5 games behind the Thunder for 5th. The Spurs sit five games back of the 8th seed so there’s still a fighting chance for Pop and company to extend their incredible playoff streak.

All-in-all, the Mavericks need this game. Despite the injuries and illnesses, Dallas needs to walk into San Antonio and take this game in efforts to move up the Western Conference standings and avoid the Clippers in the first round.

The Spurs offense runs through DeMar DeRozan. Point blank. Especially with LaMarus Aldridge out of the lineup for the last four games, it’s been all DDR. Aldridge’s status is unclear for Tuesday but slowing DeRozan down in the mid-range and attacking the basket is the key to beating the Spurs.

Wednesday marks the third matchup of the season between the Mavericks and Nuggets, splitting the first two. Matter of fact, the total score over the two games is 215-213. That’s how close the first two games have been which makes you think to expect nothing less this time around.

The Nuggets, who are 4-5 in their last nine games, currently sit as the 3rd seed in the West. With Dallas one game behind the Rockets, it’s very possible that this could be the 3-6 matchup in the first round of the playoffs.

Looking at the first two matchups, the Mavericks won the first game off the strength of the bench as Doncic and Porzingis played poorly. In the second game, the Nuggets won by three as the Mavs were without KP so it’s not crazy to think that this Dallas team could knock off the Nuggets in a potential playoff matchup.

With this being the second night of a back-to-back, you have to wonder if any Mavericks will be resting against the Nuggets. In the past, Luka and specifically KP has rested occasionally at least one of the games during a back-to-back. But, with the collection of injuries and illnesses running throughout the roster, that list could lengthen.

An early afternoon Mavs game on the day of the St. Patty’s Day parade? Oh, boy. Expect to see a lot of green, drunk Mavs fans in the crowd. In regard to the game, the feisty Suns come to town, who have been playing really competitive basketball as of late. Coming into this week winning their last two games, Devin Booker has been his usual All-Star self but it’s been Aron Baynes who has stepped up and filled the stat sheet, scoring 24 and a career-high 37 points in his last two games.

In late January, the Suns walked into the AAC and smacked the Mavericks 133-104 on the backs of Devin Booker and DeAndre Ayton, who combined for 63 points, which was one of several disheartening losses for Dallas throughout the season.