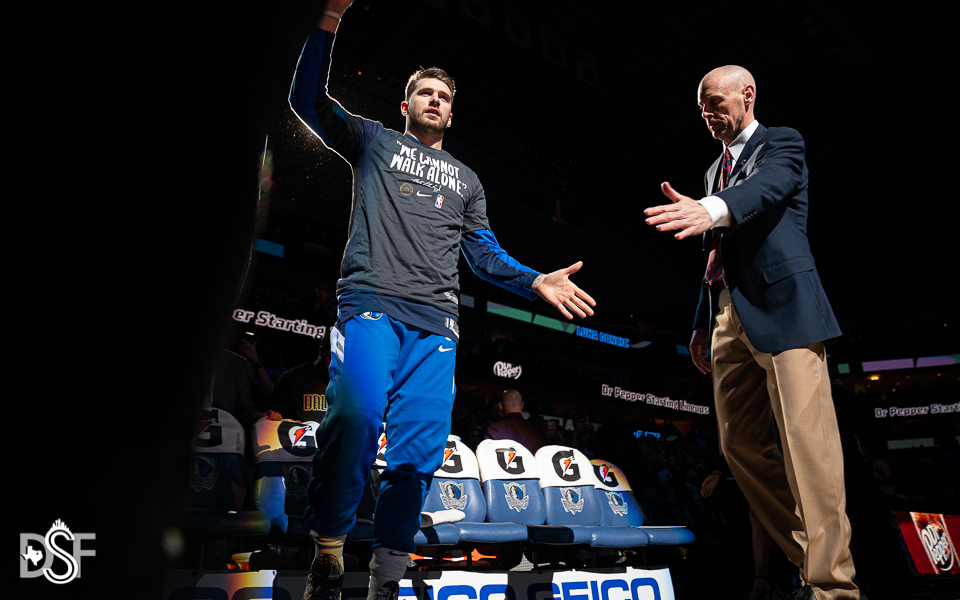 On Thursday night, Damian Lillard’s Blazers and Luka Doncic’s Mavericks met for the third time this season. It is always fun when Dame and Luka are on the same court and Tuesday night was no exception. Damian Lillard carried a CJ McCollum-less Portland team with 47 points, 6 rebounds, and 8 assists. It wasn’t enough as Luka had 27 points, 6 rebounds and 9 assists to help Dallas prevail 133-125. The win gives the Mavs their second win over Portland this year. More importantly, Dallas moved ahead of the Houston Rockets for 5th place in the Western Conference playoff chase and now lead the Southwest Division.

Despite losing Dwight Powell to a season ending Achilles injury, Dallas still showed that it has major depth on Thursday night. The Mavericks bench out scored the Trailblazers bench 47-22. Jalen Brunson had possibly his best game of the season with 17 points by making 4/5 from three. Maxi Kleber continued his stellar season with 15 points, 4 rebounds, and 3 blocks. Delon Wright had a strong showing with 9 points, 8 rebounds, and 4 assists. All of the starters scored over double digits and they all made at least three shots from behind the arch.

Thursday’s game was Kristaps second game back from his 10 game absence due to knee soreness. However, he looked more like his old self than his first game, as he scored 20 points with 5 rebounds. Porzingis had a few moments where you could tell he doesn’t have his legs under him yet, including getting hung on the rim on an alley-oop and several short shots. But his presence was welcome as it spread out the floor and allowed guys like Doncic and Wright to carve up the Portland defense from the inside. During a sequence in the fourth he had a tip in dunk and a very deep three pointer that kept the Portland comeback push in control. Porzingis also played more at the 5 due to Powell’s absence, which is something Mavs fans should expect going forward barring any trades or pickups.

Both teams left their defense in the locker room during the first half of the game. Dallas took a 78-63 lead into halftime. The high scoring was fueled by both teams making an absurd amount of three pointers in the first two quarters. Dallas made 10 threes in the first quarter alone, including all starters making one before the first quarter was over. The second quarter only saw Dallas have 3 made threes, for a total of 13 made threes before halftime. The Blazers made 10 threes before halftime, including several from Damian Lillard from back by the logo. Dallas would finish the game with 22 made threes to the Blazers 21.

Dallas travels to Utah to take on the Jazz on Saturday. The matchup will have playoff implications as Utah is currently three games ahead of the Mavs and in sole control of 2nd place in the West.