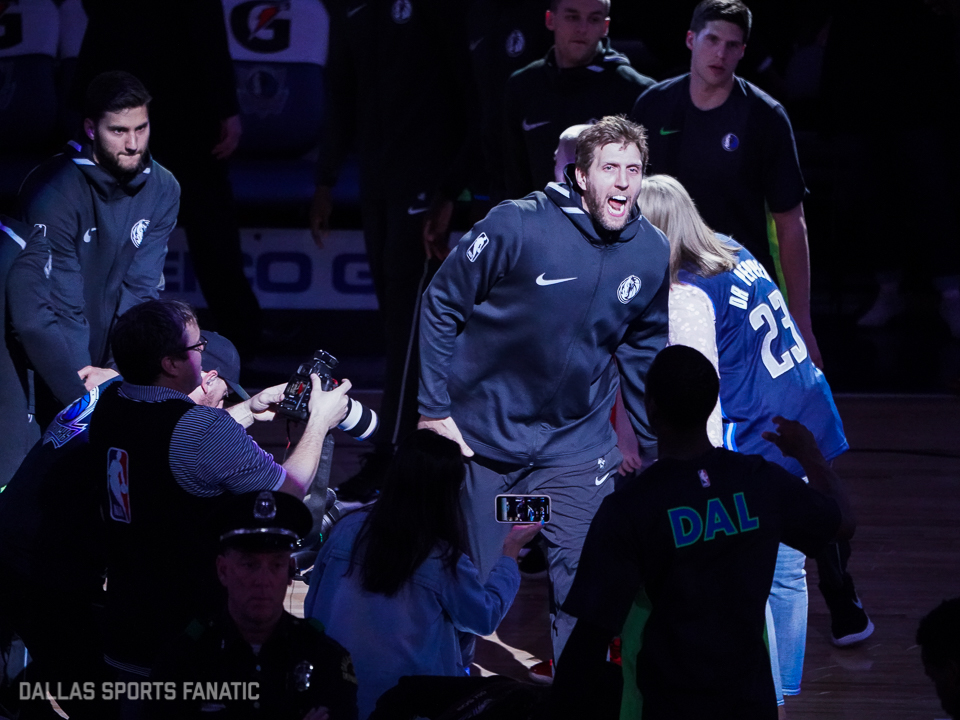 Dallas hopes to avoid squandering its regular season series against division foe New Orleans. With an opportunity to secure a split on the line, the Mavs are set to complete their four-game road trip at 7 p.m. tonight inside the Smoothie King Center.

Here are three things to follow during tonight’s contest:

The evolution of Harrison Barnes

Though it seems to be occurring in what some interpret as a lost season, Harrison Barnes continues to justify the Mavs decision to poach the small forward from Golden State in free agency. Despite the Mavs losing three of their last five games by a combined 38 points, the 25-year old forward continues to be an offensive centerpiece.

Barnes scored at least 25 points in three out of four contests, including a 30-point performance in a win against New York. Head coach Rick Carlisle made the decision to give Barnes the night off in Brooklyn on the second night of a back-to-back, following a 27-point performance in a road loss against Toronto. Expect more of the same with Barnes returning to the court tonight against the Pelicans.

Battle on the glass

As this contest plays out, keep an eye on which team sets the tone on the glass. New Orleans averages around 44 rebounds per contest opposed by 41 rebounds per night from Dallas. Anthony Davis is a lock to affect the rebounding battle in some form; Davis has grabbed 15 or more rebounds in 15 games this season.

Provided the Mavs can keep Davis from a unicorn-like performance – Davis notched 31 points, 14 rebounds and 5 blocks last week against Charlotte in a follow-up to his triple double (25 points, 11 rebounds, 10 blocks) against the Utah Jazz – Dallas has an opportunity to avoid its 27th road loss.

Injuries starting to pile up

Before encountering Dennis Smith Jr.’s ankle injury, which will keep him sidelined for tonight’s contest per Dwain Price of Mavs.com, the Mavs were already dealing with an assortment of injuries. Seth Curry remains out, dealing with left leg surgery. Wesley Matthews remains out, as well, after breaking a bone in his right foot. Matthews is expected to miss the remainder of the season. Salah Mejri is listed as probable for tonight’s contest after rehabbing a right hamstring strain over the last week.

Missing from the injury report: J.J. Barea does not yet have an update to his rib injury, which caused the point guard to miss Saturday’s contest in Brooklyn. With Smith Jr. sidelined, it would not be a surprise to see Barea back on the court tonight. Nerlens Noel does not have an update either. Noel sat out Saturday’s contest due to injury management, according to play-by-play announcer Chuck Cooperstein.