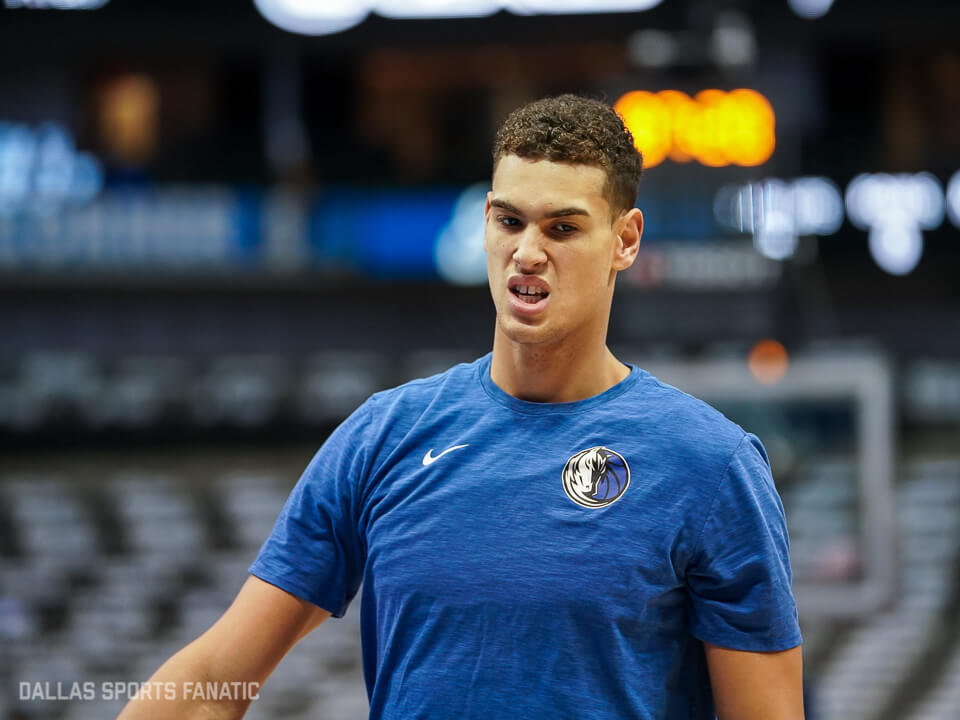 Last night the Dennis Smith Jr.-less Mavs took on Giannis Antetokounmpo and the Milwuakee Bucks in Milwuakee. Dallas became a victim to their recent woes of finishing games, allowing Milwuakee to score 32 points in the 4th quarter, and lost the game 102-109 despite a season high 29 points from Wesley Matthews.

Momentum into the Fourth

Although Dallas still had the lead entering the fourth, the momentum that the Bucks had gained with their third quarter run effectively carried over into the fourth quarter.  Yogi Ferrell, starting in place of Dennis Smith Jr. due to a groin ailment, made a 15-foot shot to put the Mavs up one, 85-84, with 8:43 to go in the fourth quarter. That would be the last time the Mavs would lead, as the Bucks then went on a 25-17 run to close out the game. Dallas allowed the Bucks to score 32 points in the 4th while they could only score 24 points. Once again, Dallas found themselves outscored in the third and fourth quarters, something that has happened too many times this year and is a huge reason why they are 7-19 and last in the Western Conference.

The major team category that was different is the amount of fast break points. Dallas finished the game with only 4 fast break points, which is indicative of the slower pace that they play with. However, the allowed the Bucks to score 14 fast break points, which is something that Dallas cannot allow if they are going to stay in games playing their slower pace. The Mavs wound up turning the ball over 12 times to the Bucks 10, but both teams only scored 12 points off of turnovers. This shows that Dallas wasn’t diligent in getting back on defense and stopping the fast break opportunities, regardless of turnovers.

The biggest and most surprising player performance came from Wesley Matthews. In the absence of his rookie point guard, Matthews finished the game scoring a season high 29 points while shooting 73% from the field and 71% from three with 5 made three pointers to go along with 4 rebounds and 1 assist. Matthews kept the Mavs in the game in the 4th with two big three pointers that pulled the Mavs within a point to 90-91 and then tied the game at 95-95 with 5 minutes left in the game. However, although his performance was arguably the best of the season, he was unable to score or contribute in any other way on the stat sheet after his last three pointer.

Harrison Barnes did what he has done all season for the Mavs by finishing with 18 points, 8 rebounds, and 4 assists. The guard trio of Yogi Ferrell, JJ Barea, and Devin Harris did not come through in the game the way the Mavs need them to with DSJ out. All three guards combined to score 20 points with only 12 assists. Dallas relies heavily on their guards off the bench to provide a scoring punch and they failed to do so during this game. Yogi Ferrell really struggled in his starting opportunity, only scoring 5 points and contributing little else on the box score.

Giannis Antetokounmpo did what he has been to other teams and the Mavs all season by scoring 27 points to go along with 11 rebounds, 3 assists, 2 steals, and 2 blocks in 43 minutes. He also did this without attempting a single three pointer. It is insane that he is second behind James Harden in scoring per game this year at 29.5 while only making 0.4 threes a game. Also, he is only 23.

Perhaps the most important Bucks performance came from Khris Middleton. Middleton finished with 31 points, 1 rebound, and 3 assists. He shot 100% from the free throw line, made 5 of 8 three pointers, and 10 of 18 shots from the field. The most damage he did to the Mavs came in the fourth, when he scored 12 of his 31 points in the final 5 minutes of the game.

The Dallas Mavericks travel to take on the Minnesota Timberwolves at 6 PM central time on Sunday December 10th. The last time the teams met Minnesota won 111-87.