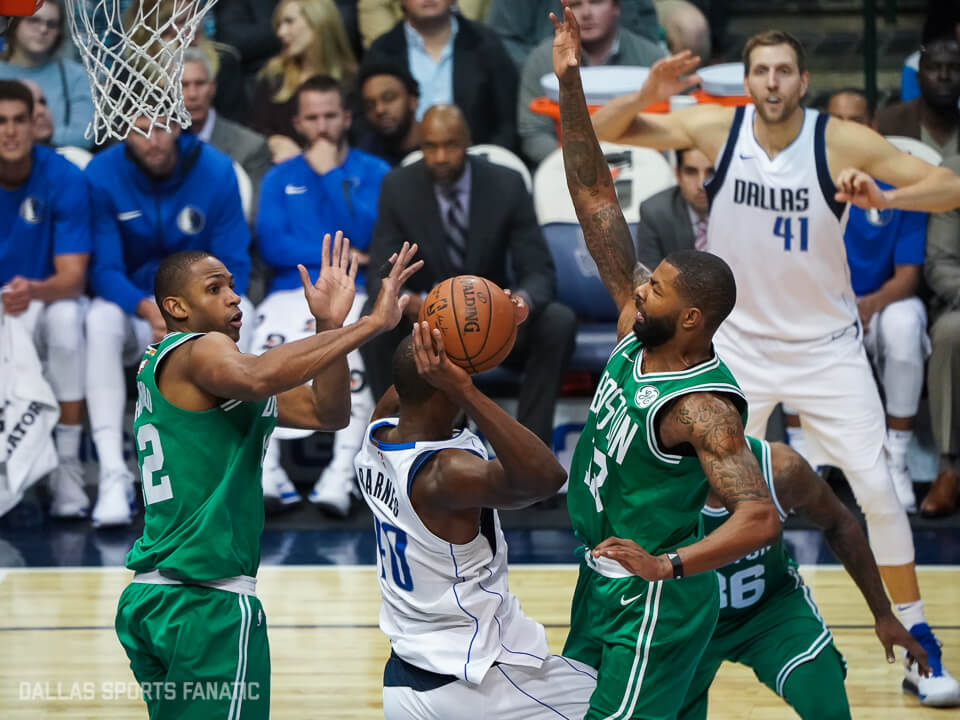 It wasn’t a game the Mavs were supposed to win, but it still hurt so bad when they didn’t.

Dallas was just a couple bounces away from handing the Boston Celtics their first loss in a month, but it wasn’t meant to be as the Celts overcame a 13 point 4th quarter deficit to win 110-102 in overtime.  With the win, the Celtics have now won 16 games in a row after starting 0-2.

Kyrie Irving torched Dallas for 47 points on the night while shooting 16-22, you read that right, from the field.  He scored 16 points in the first quarter as he helped the Celtics build a double-digit lead in the first half.  The Mavericks would battle back to be within four at halftime.

The Mavs came out firing out of the break and outscored the Celtics 28-16 in the third quarter and held a sizable lead for a good chunk of the fourth quarter.  Despite Harrison Barnes tying a season-high with 31 points, the offense was stagnant down the stretch and allowed the Celtics back into the game.  The Mavericks had a chance to win the game in the closing seconds, but Barnes missed a shot on an isolation play.

After Dallas scored the first four points of OT, the Celtics, and especially Kyrie Irving, flexed their muscles like they have done to the rest of the NBA this season.  Boston would close the game on a 14-2 run after falling behind 100-96 at the start of overtime.  Of Irving’s 47 points, 10 of them came in the overtime period to truly put the Mavericks away.

The loss drops the Mavericks to 3-15 on the season and concludes their four-game homestand with a 1-3 record.  They travel to Memphis on Wednesday to face a Grizzlies team that recently lost Mike Conley Jr. for an unknown amount of time.