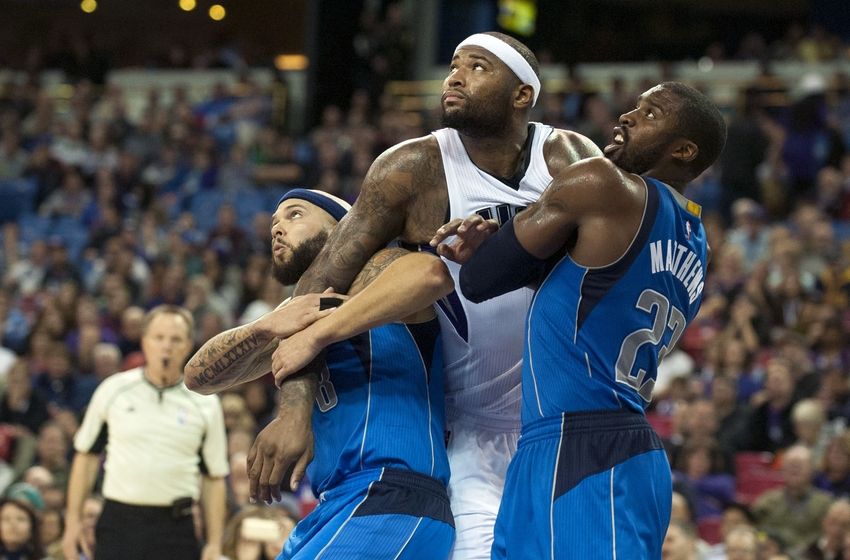 Mavs look to take one from the Kings

Mavs look to take one from the Kings

The Dallas Mavericks will welcome the Sacramento Kings to the American Airlines Center tonight seeking their fifth win of the season.

The Mavs have insisted that they are not going to tank the season away, despite their disappointing 4-16 record.
If Dallas wants to make the playoffs like they claim, they have to beat teams such as the Kings at home. The Kings have a better record over the Mavs, but only three games and are currently on a three-game loosing streak.
The Mavs are 1-1 so far on this four-game home stand. They dominated the Chicago Bulls on Saturday night defeating them 107-82. They lost a heart breaker Monday night against the Charlotte Hornets 109-101. The Mavs led by 11 points midway through the third but the lead was squandered away in the 4th quarter as the Mavs defense was poor, giving up 34 points in the 4th quarter.
One of the positives for the Mavs is that Deron Williams has played very well on this home stand where he had 15 assists in the Bulls’ game and 13 assists against the Hornets. Another positive is that Dwight Powell has played well also. He had 17 points against the Bulls and 15 points against the Hornets.
The Mavs will have their hands full as Demarcus Cousins plans to be in full control in Dallas on Wednesday night. Cousins is currently averaging 29.1 ppg which is third in the league. Cousins will look to take advantage of a Mavs team that gave up 54 points in the paint against the Hornets on Monday.
Rudy Gay may be a problem for the Mavs as he loves coming to the AAC where he has averaged 19.3 ppg throughout his career.
The Mavs will have to do a few things to win this game despite all the injuries they are fighting through. They must defend the paint, attack the basket, and somebody has to step up when Harrison Barnes and Wesley Matthews need a breather.
If the Mavs do that, expect a W tonight at the AAC!

JJ Barea (left calf strain), Andrew Bogut (right knee), Seth Curry (right knee sprain), and Dirk Nowitzki (Achilles) are all out.
Quotes
“It makes it much more difficult, but with Powell, Mejri and Hammons, we’ll probably have to invent something else here, too, just to make sure we have enough manpower, especially tonight with Cousins. You know, [Cousins] really presents as big a physical challenge as we have in the league from a matchup standpoint.” – Rick Carlisle via Mavs.com
“He’s as big of a matchup problem at the center position as I’ve seen in some time. Just because now he effectively shoots 3s, he’s a beast on the inside, he can shoot midrange and he’s a great passer and an unselfish player.” – Rick Carlisle on Kings center DeMarcus Cousins

Andrew Bogut said timetable he’s been given for his recovery from a hyperextension and bone bruise in his left knee is 10 days to 3-4 weeks. – Tim MacMahon, ESPN.com
The Annual Seats for Soldiers Event will take place December 12 vs Nuggets.
“This is always one of our most memorable games of the season. We love that this event originated with a single fan and has continued year after year.”  – Mark Cuban.
How to Watch
Tonight’s game tips-off at 7:30 p.m. CST,  on Fox Sports Southwest and 103.3 FM ESPN.

In Case You Missed It…