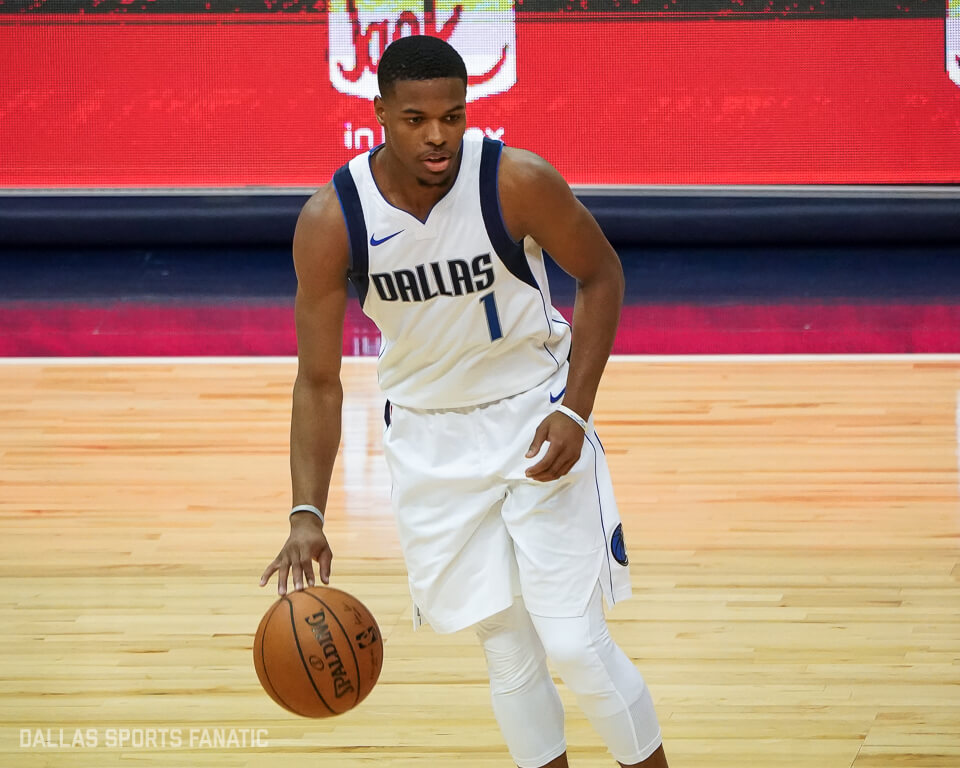 Coming off of a loss to the Pelicans the previous night, the Dallas Mavericks traveled to Minnesota to snap their five game losing streak on a second night of a back to back set. Unfortunately, the Karl Anthony Towns and Andrew Wiggins led Timberwolves were too much for the Mavs, beating Dallas 112-99 and extending the Mavs losing streak to six game.

Like many times this season the Mavericks found themselves down by 20 points in the third quarter of Saturday night’s game. The Timberwolves went up 21 points with 5:50 left in the third on a Karl Anthony Towns three pointer. Besides making 2 of 5 threes last night, Towns also dominated Dallas to the tune of 32 points, 12 rebounds, and 2 assists in 32 minutes while shooting 11-18 from the field.

Andrew Wiggins also had himself a game against Dallas as he finished with 23 points, 3 rebounds, and 3 assists in 35 minutes. His game was particularly efficient last night as he shot 9-14 from the field, 2-4 from three, and 3-4 on free throws. Wiggins finished with a plus-minus of +14, trailing only Jeff Teague’s +16.

For a team that has lost six straight games and is sitting at the bottom of the NBA in almost every category including wins and loses, it is easy to get bogged down with all the negative going on. One bright spot for the Mavs over the past two games has been Harrison Barnes.

In Friday’s game against the Pelicans Barnes finished with 26 points, 6 rebounds, and 3 assists while shooting 53% from the field. Instead of settling for isolation jump shots and fadeaways, Barnes took it inside to the post whenever a smaller guy was on him and brought out bigger defenders to the wing in order to get by them and finish at the hoop. His aggression led to him shooting 10 free throws and while he only made 7 of them this is the style of play that the Mavs will need from Barnes in order for them to succeed.

Against the Timberwolves Barnes had 17 points, 4 rebounds, and 2 assists while shooting 62% from the floor and 50% from three. Sticking to the same plan as Friday, Barnes was able to finish inside as well as hit a few mid-range shots in isolation. However, instead of getting to the line for easy points Barnes did not attempt a free throw. Another stat that will not sit well with Coach Rick Carlisle and the Mavs: Barnes had 17 points in the first half and only attempted ONE shot in the second half. This was poor execution by the Mavs guards and coaching staff to not get him involved in the second half of a game that was within 10 points going into the third quarter.

Even though the second half of last night’s game was not a good display for Barnes he is now coming to life for a Mavs team that desperately needs him to be the 20 point per game scorer he was last year. Hopefully he can continue to build on the past two games and help the Mavs get their second win and end their losing streak.

Outside of Barnes, Dennis Smith Jr. also put together a nice game. In 26 minutes DSJ had 18 points, 5 rebounds, 1 assist, 1 steal, and 4 turnovers, leading the team in scoring. The Mavs will want the turnovers to come down and the assists need to come up, but he shot 46% from the field, 60% from three (he made 3) and 100% from the free throw line. He is still a rookie so he will have some down nights but it is encouraging to see DSJ starting to shoot better and contribute across the board. He also had this awesome baseline dunk in the 4th quarter:

DSJ ball-fakes to clear the big guy out of the way and takes it to the rim. pic.twitter.com/iBMYAUlsfz

It seems like every time we write about the Mavs rebounding is always involved. They are near the bottom of the NBA in rebounding at 28th with roughly 40 rebounds per game. The Mavs have been out rebounded in almost every contest this year. Last night was no different. Dallas lost the rebounding battle to Minnesota 33 to 56. The Mavs will need to find their solution at center in order to be competitive in this category. Last night Noel played 14 minutes, Powell played 19 minutes, Mejri played 9 minutes, and Nowitzki played 21 minutes. The Noel situation seems to get uglier every day, just like the Mavs rebounding woes.

The Mavericks are currently ranked 25th in the NBA in assists per game as they are averaging roughly 20. It is expected that the ball could have a hard time moving around with a rookie point guard who is still figuring out the NBA. But Carlisle has preached that the Mavs need to move the ball in his flow offense to be successful and cut down on the isolation shots. Last night they ignored his pleas. Dallas finished with 18 assists to Minnesota’s 33.

The next opponent on the Mavs schedule is the Washington Wizards on Tuesday November 7th at 6:00 PM central time. The Wizards are coming off of a game in which they allowed LeBron James to score 57(!) points. If Wizard’s All-Star point guard John Wall can shed his shoulder sling and play this will be the first time that Dennis Smith Jr. gets to play against him.