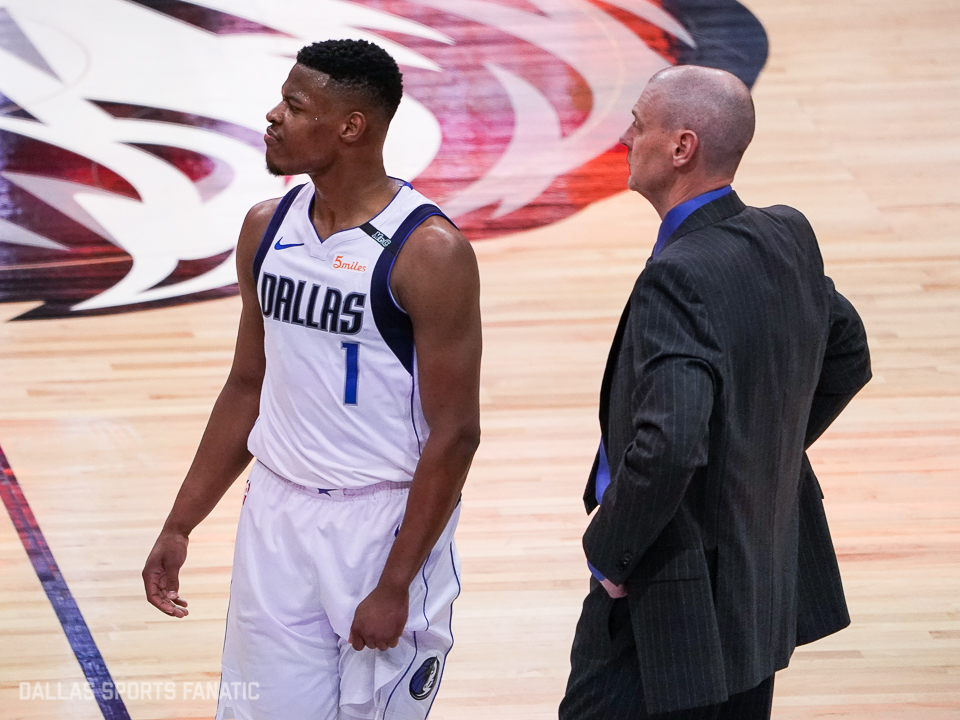 Ten years ago this month, Dallas Mavericks Owner Mark Cuban and Mavs General Manager Donnie Nelson sat down with a Jim Carrey look-a-like and announced that this man will be next head coach of the Mavs. Rick Carlisle was hired to help the Mavs get back to the NBA Finals and despite struggles at first, he delivered his promise by bringing the city of Dallas the title. It seemed like Carlisle could do nothing wrong with Dallas.

This past season was dreadful to watch for Mavs fans as the team finished with the third-worst record in the NBA. Despite some highlight plays from rookie point guard Dennis Smith Jr., there wasn’t much this season to cheer for. Most fans were rooting for losses so the Mavs could get a higher pick in this year’s lottery. Funny thing was that when we wanted a loss, this Mavs team would fight its butt off to get that victory, almost to prove a point to all the fans out there.  That was the magic that Carlisle had with this team and every other team he’s coached. He wants to be competitive at all times, even if it hurts your draft stock.

That is what you want from a head coach.

The detractors who want a new head coach feel that Carlisle hasn’t shown the effort to help develop the young talent in games and feel Rick would ultimately stall any growth this team would experience during this rebuild.

It is a valid point. Carlisle has shown in the past he is reluctant to trust rookies in key situations and hardly play them in meaningful games. Yet, Carlisle is open to change and will adapt to whatever roster he gets.

Look at what this man has done with whatever roster he is given and he will make something magical happen. During the 2012-2013 seasons, the Mavs had a horrendous roster and somehow made noise down the stretch to compete for a playoff spot.

Another example of coaching a sub-par roster past its limits was the very next season when the Mavericks returned to the playoffs to take on the top-seeded San Antonio Spurs. In a remarkable series, the Mavs pushed the Spurs to Game 7 before being knocked out.

There is a reason he is mentioned as the second-best head coach in the league behind Greg Popovich.

Yes, he rarely plays or develops rookies and he prefers veteran teams that need his help to get to the next level. Maybe he believes that so much and this off-season he goes and tries to find a team that needs his push to get to their goals. If that is the case, then let Carlisle go and do what makes him happy. He brought this city a championship; he doesn’t owe the franchise anything.

Though, if he wants to stay here to oversee this rebuilding process, there is no better man for the job. He is a talent at the coaching position and all that does is make your players better no matter if it’s full of rookies or veterans.

The Mavs will be rebuilding for awhile; they are going to need the magic that Carlisle brings out of his teams.