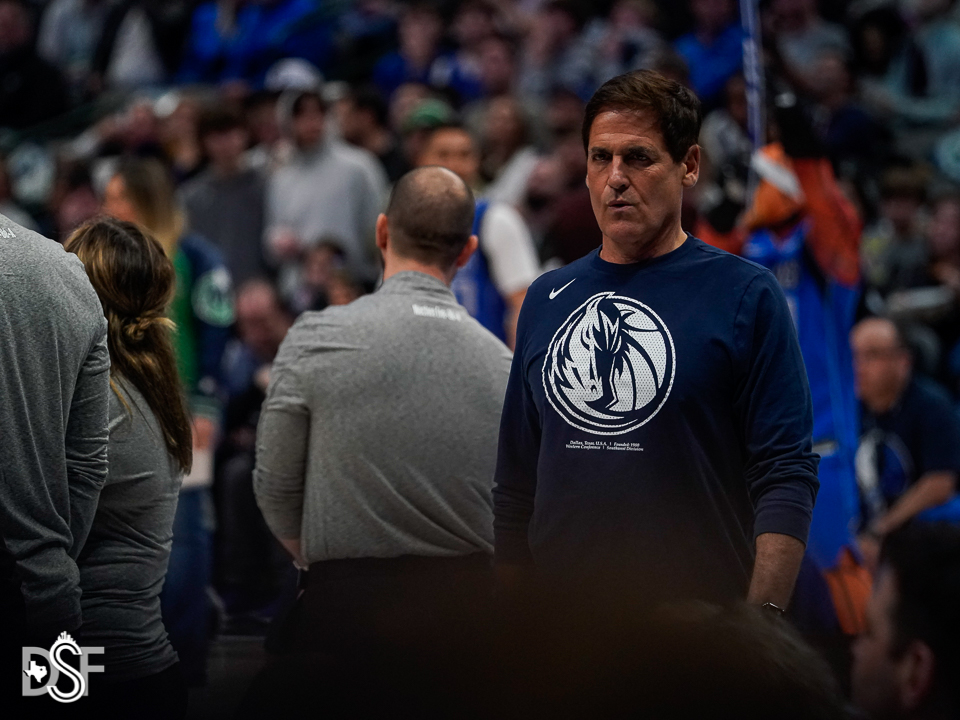 It’s hard to think back to a crazier night in recent sports history with the NBA opting to suspend its season following a positive test of the COVID-19 virus for Jazz center Rudy Gobert on Wednesday.

All things considered, it seemed like a relatively normal night at the AAC as the Mavericks were able to beat the Nuggets 113-97. The arena was at its usual “sellout” state with just a few pockets of empty seats scattered throughout the seating bowl. Fans screamed their heads off anytime Boban Marjanovic did anything, and he did a lot with a 31 point, 17 rebound performance.  Everyone, players/fans/media/arena, staff showed up and took care of business as usual.  It will be the last time we’re able to do that for an NBA game for quite a while.

NBA basketball is just a fun escape for most of us. We go to games as a fun thing to do with our friends or family. As a fringe member of the media, I’m able to attend games with a media credential and currently do it for more of a passion project than anything else. There are seemingly hundreds of people in the arena each night working in a uniform to make sure we’re able to buy a beer or hot dog, we’re able to buy a jersey, or to make sure we’re not running on the court to try to jack up a three pointer during a third quarter timeout. So, so many of these people who do this for work are doing it to just help their family get by each month. Not for the fun of being at a professional sporting event. Why do you go to work every day? Likely for a paycheck and these arena staff members are no different.

With the NBA schedule paused for the foreseeable future, while the American Airlines Center plays host to plenty of other events including NHL games, these staff members are possibly faced with losing significant portions of their paychecks. As a working husband and dad who works on an hourly wage, I sure as hell know I would be in major trouble if my employer just randomly told me my paycheck would be cut in half or even totally absent next week.

As of now, it seems as though the American Airlines Center workers won’t have to deal with that stress. Mavericks owner Mark Cuban stated -on TV, in a press conference and then on a radio show- that he’d put some sort of system in place that would take care of these hourly workers while the NBA is not in action for this undetermined amount of time.

Mark Cuban says he's going to put a program in place to take care of Mavericks concession workers and others making hourly pay who will lose work time due to NBA coronavirus shutdown pic.twitter.com/hbCWnMI8H5

Cuban shared more thoughts about the entire situation revolving around the COVID-19 virus affecting day-to-day life in a press conference after Wednesday’s game.

“It’s not necessarily about basketball; it’s bigger than basketball,” Cuban said when asked about his concerns for this whole situation that is top of mind for everyone around the globe. “I’m concerned about will my kids have school or not? I’m concerned, you know, are we all doing the right thing …basketball becomes secondary.”

“I reached out to the folks at the arena and our folks with the Mavs to find out what it would cost to financially support people who aren’t going to be able to come to work. They get paid by the hour and this was their source of income. We’ll do some things there. We may ask them to do some volunteer work in exchange, but we’ve already started the process of having a program in place. We don’t have any details but it’s certainly something that’s important to me.”

While that was pretty generic, it’s a start towards something. No one forced him to say that or more or less make a statement to do something he’ll have to back up. Cuban would later join the Mavericks postgame show on Sports Radio 96.7/1310 The Ticket on Tuesday night to add a little more details to his plans.

“I know how much it is, at least for Mavs games,” Cuban said in reference to the cost of wages for the arena employees on a Mavs game night. “Hopefully I can convince all the others in the arena (the Stars/concerts) to do it for any other events that are canceled. We’ll take care of them. I think it’s 88 million people are paid by the hour. Effectively if you’re getting paid by the hour, you’re probably living paycheck to paycheck. Think about that if you’re a business owner… do what you can.”

One can only hope that Cuban’s sentiments are shared by most of, if not all, the billionaire owners across the slew of professional sports affected by this global pandemic.

People are going to need help and not everyone is in quite the same position to help as Mark Cuban.

The American Airlines Center boasts a great staff that is on its game each and every night they’re called upon. I’m not going to sit here and act like I’m best friends with all of them, but just like at work or any other place you frequent in life, there are just faces that become familiar and friendly. You share a smile, a brief exchange about how the day is going, maybe a cool fist bump as you pass by.

While I don’t know their life story, I know that they’re not working at the American Airlines Center because it’s what they grew up wanting to do. An employee who always works the elevator up to the press box is retired and in her 70’s.  The staff member who always stands watch over the press box works a job in Irving before he gets to the arena at 3 PM for a 7:30 tip. They don’t just work Mavs games, either. Despite a seemingly slim chance the game will be played, a large number of people were beginning the transformation of the basketball court to an ice rink for the potential Stars game tomorrow night virtually as soon as the final buzzer sounded after the Mavericks game.

It’s a hard job that probably wears a lot on them with the crazy hours, but they’re all great at it.

Thank you to Mark Cuban for preparing to help them under these crazy circumstances.

UPDATE: During an interview on ESPN’s “The Jump” on Thursday morning, Cuban lays out more specific details of their plan to help arena employees.

"We have a program where the next four would-have-been Mavs games, we'll pay our hourly employees as if they worked."