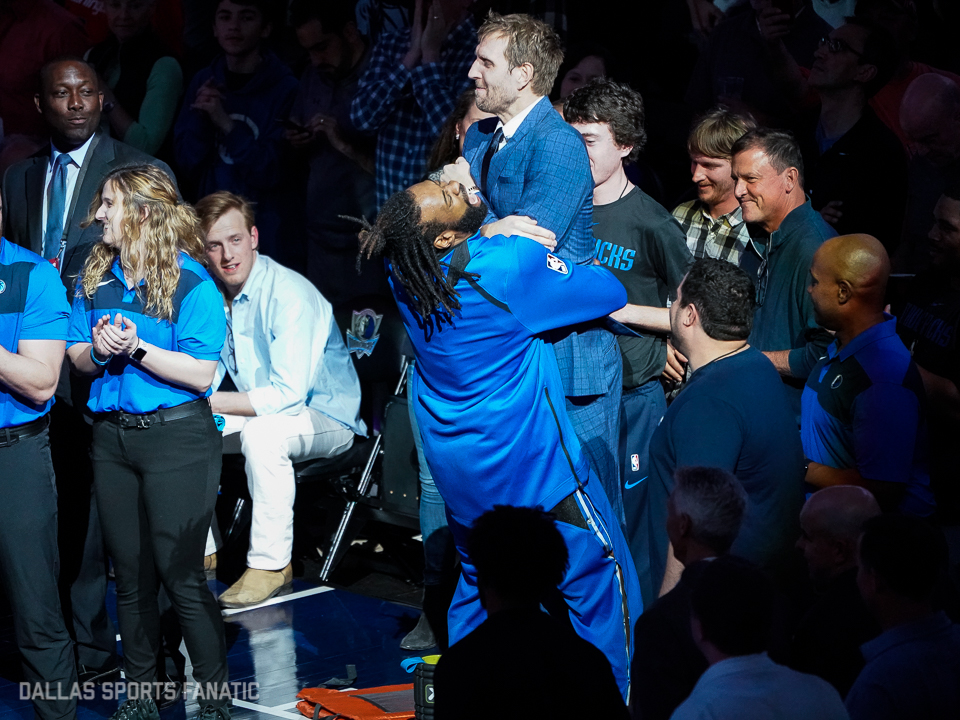 Wednesday afternoon, it was reported by Tim McMahon of ESPN that DeAndre Jordan has “rubbed teammates the wrong way,” this season.

“Don’t be deceived by DeAndre Jordan’s solid statistics. He has been a major disappointment for the Mavs. he has rubbed teammates the wrong way with what they perceive as selfish play, the most blatant example being when he stole an uncontested rebound from Luka Doncic by putting his forearm in the prized rookie’s back and tipping the ball away. Jordan’s disinterest in playing help defense has been a big problem as Mavs opponents light up the scoreboard.”

It’s an interesting story in that it hearkens back to the previous drama surrounding a potential “Luka freeze out” by some of the Mavs veterans, but if there’s any truth to it, the organization isn’t offering validation. In fact, the players, coaches, and even Mark Cuban himself have taken the opposite stance.

On his Instagram account last night, Dennis Smith Jr posted a photo of himself and DeAndre side by side on the court with the caption “That news be fake shawty and we already know it… Our eyes on da prize.” 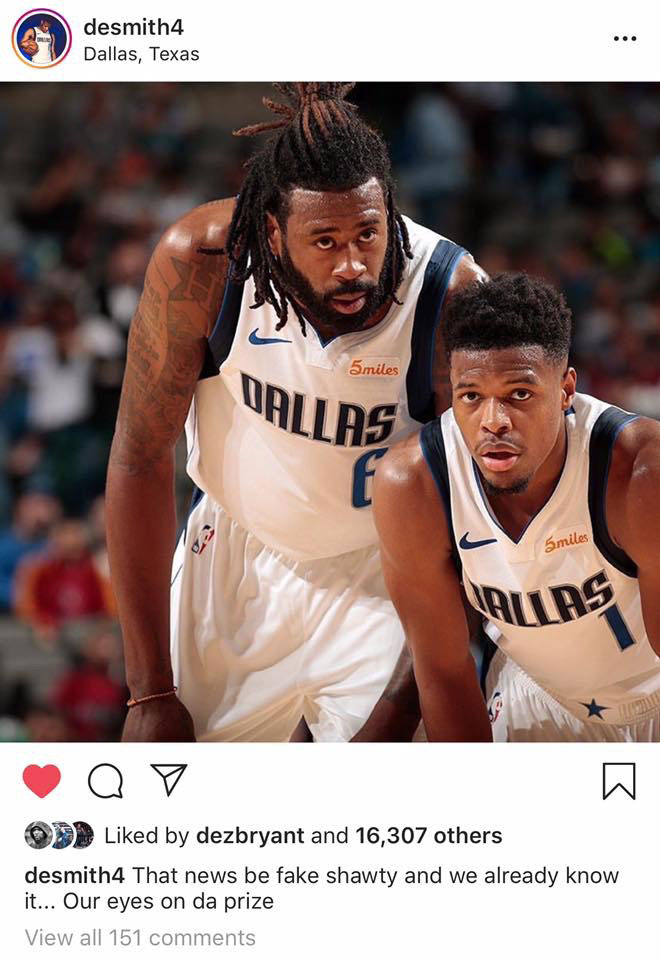 The post was subsequently “liked” by teammates Dorian Finney-Smith, Kosta Antetokounmpo, Dwight Powell, Ray Spalding, Jalen Brunson, Luka Doncic, and DeAndre himself. Shortly thereafter, Mark Cuban called the accusation as “nonsense,” and this morning, assistant coach Darrell Armstrong also voiced his support for Jordan in a video stating that the Center has been nothing but a great teammate and influence for the Mavericks, and certainly not the ‘selfish’ player alleged in the report.

While the team has clearly presented a unified front, it’s hard to see what McMahon’s motive would be to post a blatantly false report, if that’s what this is. Covering the NBA as a whole now rather than solely the Mavericks, he has no shortage of storylines and drama to write about. Furthermore, given his lengthy tenure covering the team for ESPN Dallas, it’s certainly reasonable to say he’s well-connected and “in the know” with regard to the team, even after expanding to cover the league as a whole for ESPN.

Truthfully, we may never know whether McMahon’s report is indeed valid or if it’s just a continuation of speculation surrounding the team. What we do know is that winning solves everything. As of now, Dallas has won three of its last four games, and if it can finally get over the hump tonight by defeating the Jazz at home, this story may well fade from the headlines.