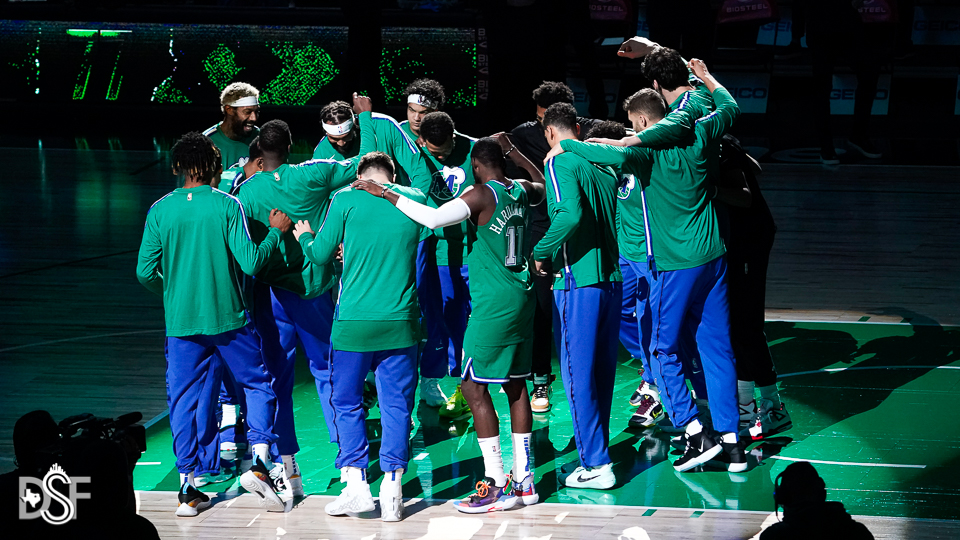 Thursday proved to be about as busy of a “rumor” day as one in early September could be for the Mavericks.

Bleacher Report’s Jake Fischer said on a Halftime group chat that his sources expect Goran Dragic to be bought out by the Toronto Raptors and for the 35-year-old guard to “swiftly” sign with Dallas. The veteran Dragic has often been linked to the Mavs ever since his Slovenian national team teammate Luka Doncic was drafted back in 2018.

Later in the day, it was reported by The Athletic’s Shams Charania and Jon Krawcynski that veteran guards Isaiah Thomas, Lance Stephenson and former Maverick Monta Ellis all worked out for the team at their facility on Thursday.

Ellis, who will be 36 when the regular season begins in October, played for Dallas for two seasons from 2013-2015, but hasn’t played in the NBA since the 2016-2017 season with the Indiana Pacers. Stephenson, who will turn 31 on Saturday, last appeared with the Los Angeles Lakers for 68 games in 2018-2019, averaging 7.2 points per game while shooting 37% from beyond the arc. Thomas, age 32, is the closest to active action in the NBA of the trio, having appeared in three games for the New Orleans Pelicans last season, but has severely struggled to maintain his health and production following a severe hip injury back in 2017.
While the addition of Dragic seems the most likely of any the aforementioned names, the fact that Dallas is still looking for additional help in the backcourt from a veteran presence shows that they are very much in “win now” mode this upcoming season. Conceivably, they have an undersized backcourt presence already on their roster in soon-to-be 21-year-old sharpshooter Tyrell Terry. Of course, his rookie season didn’t show much that would confirm he’s absolutely ready for any type of major role in the NBA.
Terry was unfortunately limited to just 11 games in the shortened season both because of a tight leash from former head coach Rick Carlisle and then an undisclosed personal matter that kept him away from the team for a major chunk of the season.
Even though he’s obviously not quite ready for major minutes, it’s still worth noting that Terry still has two more guaranteed years on his contract and then a team option for the 2023-2024 season. While the dollar figures are certainly low, less than $2 million on all three remaining years, it would still be pretty beneficial to Dallas to have a player contributing on that type of contract. Jalen Brunson signed a similar deal prior to his rookie season in Dallas and will enter the final year of that contract this season while making just $1.8 million as a major piece of the Mavericks rotation.
This doesn’t even mention veteran guard Trey Burke who is still under contract for the next two seasons, but his lack of consistency shouldn’t lead to him being a major factor at all in Dallas’ planned/ideal rotation this season.
While it remains to be seen what the exact roster will look like, it certainly appears that new coach Jason Kidd will have a variety of options, both young and potentially on the older side, to put around Luka Doncic in his fourth season.
Related TopicsDallas MavericksfeaturedGoran DragicJason KiddLuka DoncicMonta EllisNBATyrell Terry